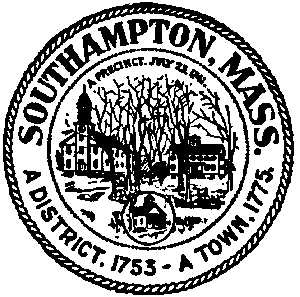 By CHRIS LINDAHL
@cmlindahl
Daily Hampshire Gazette
SOUTHAMPTON — The Select Board has revised its contract with Fire Chief John Workman so that he is no longer required to live in town, and officially ended its investigation of him that was prompted by a complaint filed in March by a Fire Department employee.
Workman was placed on paid administrative leave for less than a week in March after one of his employees filed a complaint against him. The nature of the complaint, and the identity of the person making the complaint were never made public.
The Select Board met with Workman in a private executive session March 11, a few days after he was put on leave. After that meeting, the board announced that it had “restored” Workman’s role as chief.
When asked Thursday to provide the minutes from any executive sessions held to discuss the investigation of Workman, Town Administrator Heather Budrewicz said she believes they are exempt from the state’s public records and open meeting laws because they concern complaints against an employee. She added that she will check her interpretation with the town’s attorney.
The board Tuesday reached an agreement with Workman to amend his contract, and “closed the file, without prejudice, to a complaint filed earlier in the year” after completing an investigation, according to a statement issued by the town.
According to the contract amendment signed June 2, Workman is allowed to “reside within 5 roadway miles of Primary Fire Station currently located at 204 College Highway.”
After being asked at Town Meeting in May to provide his address, Workman said that he lives at 73 Glendale Road in Easthampton — about 3.8 miles from the fire station.
When Workman was hired as chief in October 2013, his contract stated that he must move to Southampton and live within five miles of the fire station within a year. He was living in South Hadley at the time.
After Workman failed to meet the terms of his contract, the Select Board unanimously voted in October 2014 to allow him an additional six months to find a home in Southampton. That extension expired in April.
Chris Lindahl can be reached at [email protected]