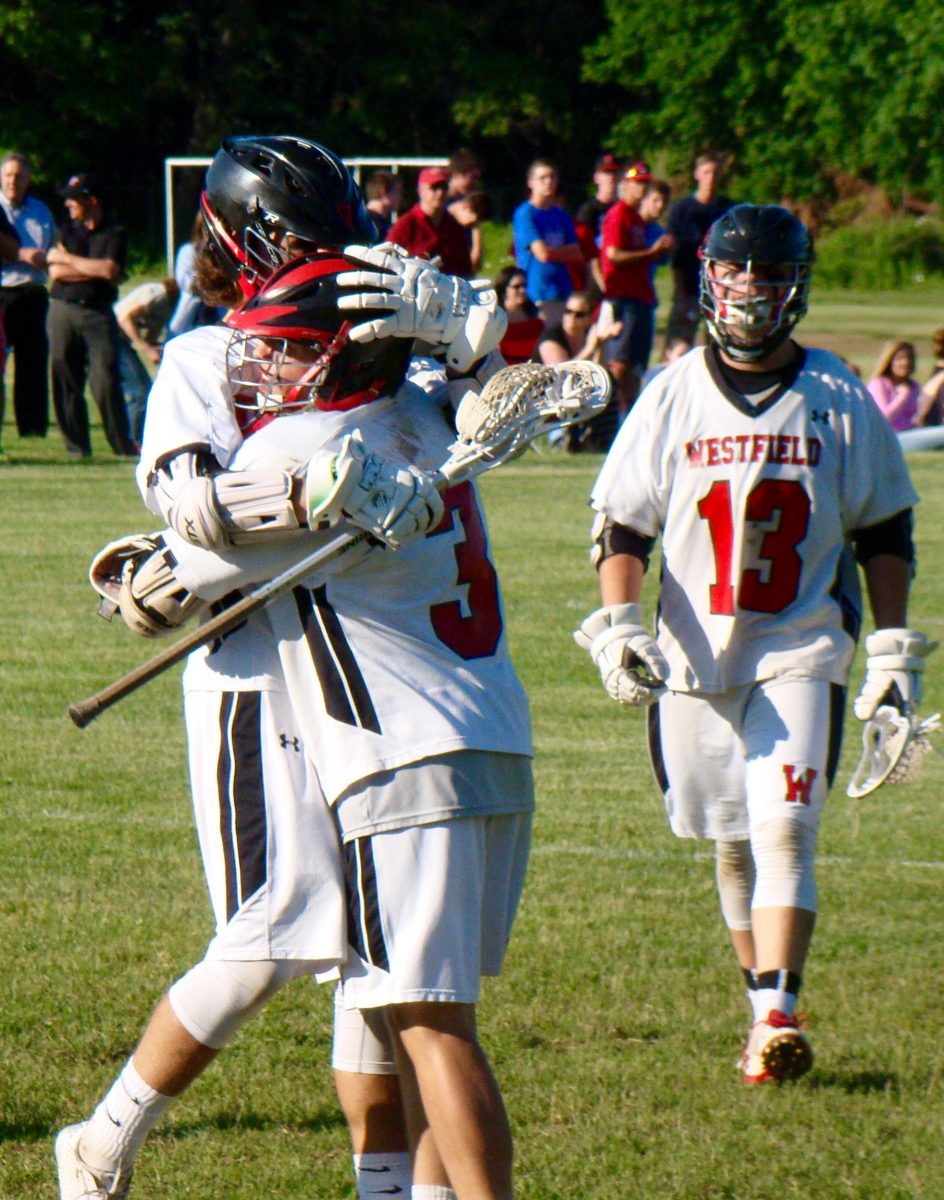 WESTFIELD – No. 2 Westfield took care of business again in the Western Massachusetts Division 2, scoring the first eight goals in a Division 2 boys’ lacrosse tournament quarterfinal Thursday en route to a 16-5 home rout of No. 10 Minnechaug.
Matt Chlastawa led Westfield with four goals. Bombers’ Zach Gentle, Anthony Sullivan, and Mason Balch scored three apiece.
Balch sparked the quick start. He had a hand in five of the team’s first eight goals, assisting on three and scoring two.
Westfield kept Minnechaug (11-9) off the scoreboard for the first six minutes, 49 seconds. After Andrew Fidalgo broke through with the Falcons’ first goal, the Bombers responded with four straight – three over the remaining 4:13 of the first half and another less than two minutes into the third quarter – to pull away.

Westfield’s Craig Ward, right, attempts to pry another face off against Minnechaug. (Photo by Chris Putz)

“Our passing was a lot crisper (today),” Westfield coach Mark Cavallon said. “We made less turnovers, we were more patient, and we ran plays more efficiently.”
The success started with Craig Ward, who won nearly every face off, continued on through the midfield and attack, keeping time of possession well in favor of the Bombers.
Jake Cupak finished with seven saves for Westfield.
The Bombers, who improved their overall record to 15-2, will take on the winner of No. 3 Algonquin (14-5)/No. 6 Tantasqua (16-2) Tuesday in the semifinals at Westfield High at 5 p.m.