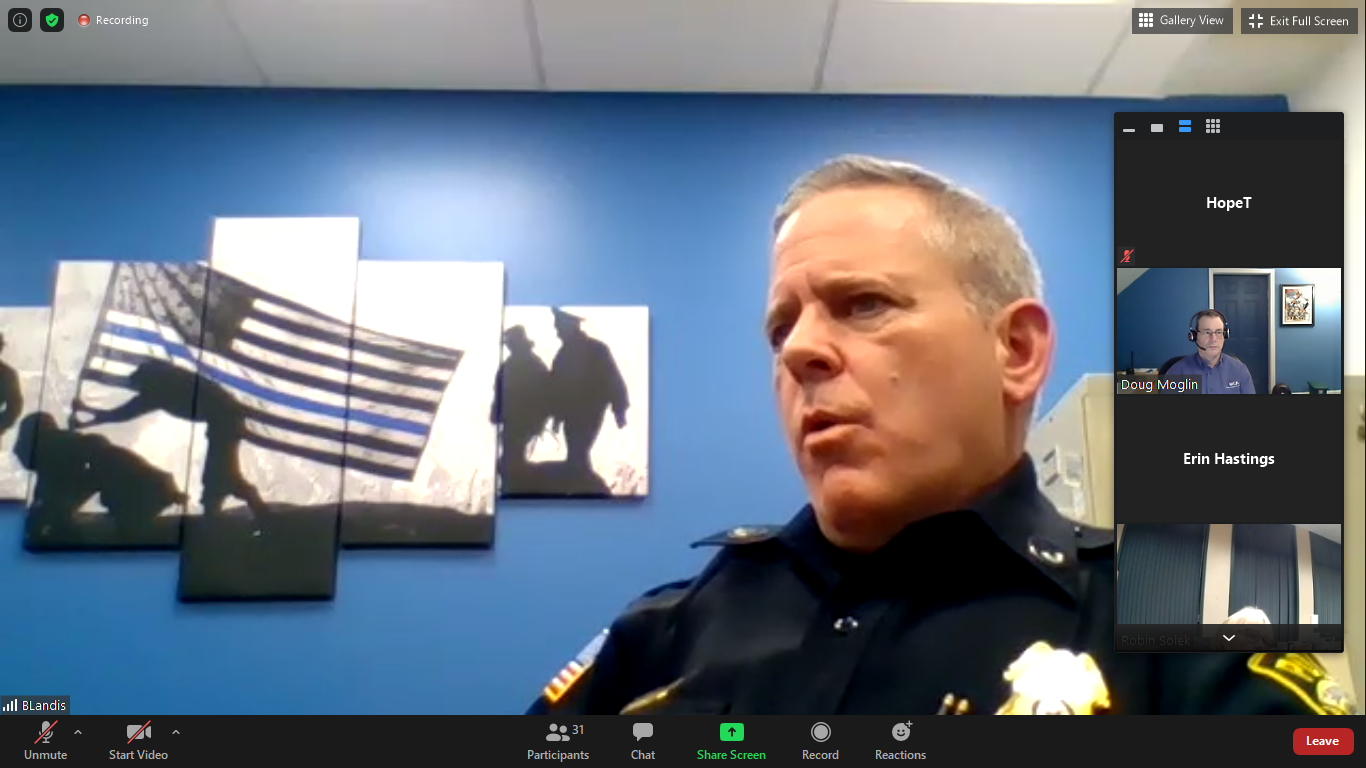 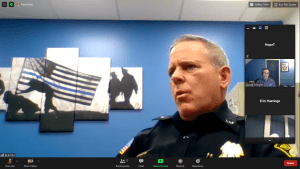 SOUTHWICK – The Southwick Select Board is considering joining the WestComm Regional Dispatch Center.

The board met via zoom Jan. 11 with WestComm Director Erin Hastings for an overview of what WestComm offers, associated costs and what having a “dark” station would mean.

The Center is currently located at the Chicopee Police station and includes Chicopee, Longmeadow, East Longmeadow and Monson. Hastings said WestComm, which is considered its own municipality concerning funding and operations, recently purchased the former Salter College facility in Chicopee and plans to relocate there.

Hastings touted the Center’s offerings, which included redundancies in personnel and equipment, which Southwick does not have, and the ability to dispatch to multiple agencies, including for mutual aid. WestComm currently has 25 full time and five part time telecommunicators and said if Southwick joined, it would need an additional five, which could come from Southwick.

Southwick Lead Dispatcher Robert Eak said the town currently has four full time and three part time personnel with a combined 150 years of experience. Eak has been with the town 14 years and oversees the dispatchers. He participated in the Monday meeting and asked about the fate of Southwick’s dispatch staff if the town joins WestComm. 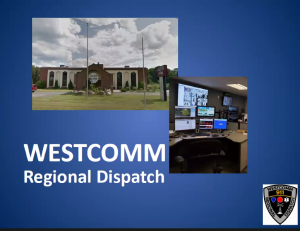 A presentation on regional dispatchservices by WestComm Director Erin Hastings was presented to the Southwick Select Board Jan. 11, 2021. SCREENSHOT)

Hastings said they could apply for the open full time positions, however, they would be considered new hires and have no seniority. Select Board Chair Douglas Moglin noted that the center has been open less than two years so the existing telecommunicators do not have a vast seniority.

The question arose about handling a “dark” station in Southwick without dispatchers, who serve as the first point of contact not only on the phone but also in the station.

Hastings said a phone in the lobby would connect visitors to WestComm and dispatchers there would notify officers in the building if a guest needed to speak to someone immediately. She said they could also direct visitors to any forms needed, which would be available in the lobby, and would have the ability to lock the visitor in the lobby in case of an emergency.

Southwick Police Chief Kevin A. Bishop said the records department would continue to be staffed and anyone in need of records information could go directly to that window, also located in the lobby, to speak to a person.

“Right now, she is there 18 hours a week and we are hoping to increase that,” Bishop said.

Hastings said the state offers two grants for regional dispatch centers and WestComm has received $8 million in three years. The grants – one of which is geared toward development of the center – could be used to bring Southwick onboard and update its equipment. There was detailed discussion regarding the town’s radio system, which runs on VHF, versus the UHF and microwave system used by WestComm.

Eak said although the town’s radio system is outdated, the rest of the dispatch equipment, while getting closer to its end of life, is still working well for the town.

When asked if having a larger dispatch staff was needed in Southwick, Eak said having a backup would be useful at times.

“There are times that are busier than others,” he said. “We have looked into that and it would be nice to have another person from 3-7 p.m. when the roads are busy, or in the summer when the lakes are busy, but we don’t need it every day and we have very experienced staff who are able to handle the busy times.”

Eak said Southwick’s dispatchers also know the town and its people well. Hastings said all Southwick dispatch data would transfer so that anyone at WestComm dispatching to Southwick could access information, however, Eak said the staff there knows when someone calls and says “they’re by the big red barn on the corner, we know where they are talking about.”

Hastings said the cost to the town depends on call volume and population. She said WestComm charges 25% of its operations the first three years. She said by year six, Southwick would pay $100,000 annually for the service.

Selectman Joseph Deedy asked what happens beyond that.

“Yes, but it will be the cost bump you’d experience with any dispatch,” said Hastings, adding it would be similar to a typical cost of living increase.

“We don’t really know the bottom line yet,” said Moglin Tuesday, “but it looks like it’s less than what we have to pay for staff and the high six-figure console update and radio system and even updates to the room.”

Moglin agreed with Eak that the current staff is “phenomenal” but there are times when a second dispatcher is needed, but it’s not all the time and they never know when that time will happen.

“We have seven dispatchers – so would we need 14 so there’s always a backup?” he wondered. 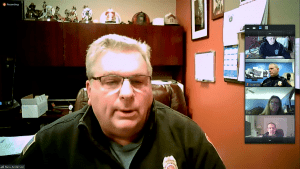 Selectman Russell Fox said the town has been considering a regional dispatch for nearly a decade. A multi-community approach had not worked out in the past and joining Westfield dispatch did not pan out.

Moglin said with needed upgrades and a second seat, it’s time to seriously look at a regional approach.

“The state is going in this direction,” Moglin said after the meeting. “It is giving funding opportunities for communities to regionalize and they’re going to start pulling back money from individual towns and give it to regional centers.”

Moglin said when the town looked at regionalizing several years ago with former Police Chief David Ricardi and former Fire Chief Richard Anderson, the numbers did not add up. However, they might now.

“All of these factors are coming together,” Moglin said. “This is something we need to take a long, hard look at. We want to do what is best for the residents as well as our employees. We need to do the math and the research.”

Eak said he agrees that whatever is best for the town overall – for both budget and service – is what should be done.

“I trust that the select board and whomever else is making this decision will do what is best,” Eak said.