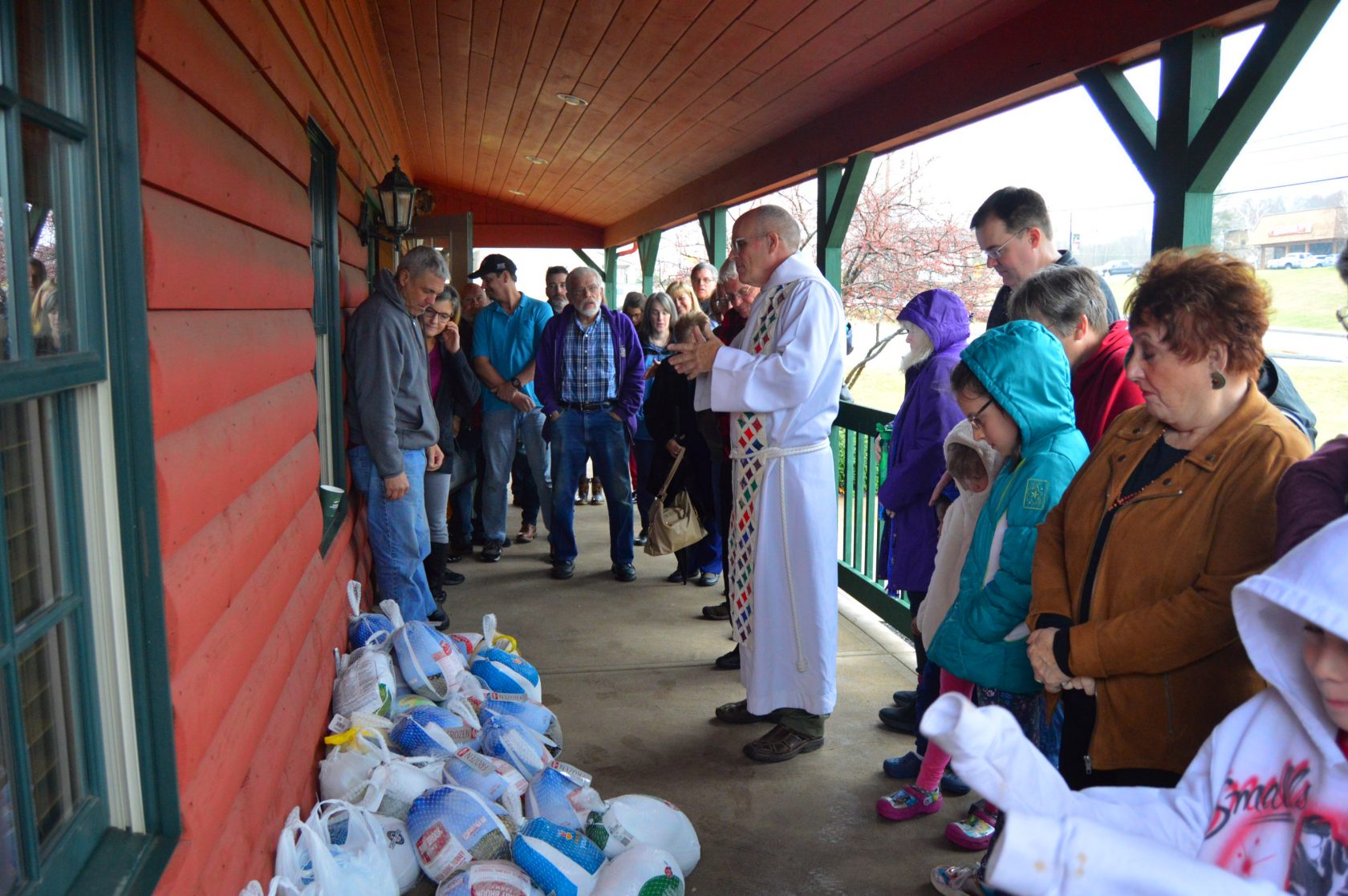 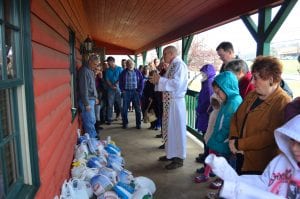 SOUTHWICK- The Southwick Community Episopal Church collected hundreds of turkeys during Mass Nov. 24 to donate to local organizations that serve the needy during Thanksgiving.

The church’s High Five Turkey Drive saw the collection of over 300 turkeys and more than $4,000 in donations for organizations that serve people who may need assistance getting a Thanksgiving meal. Over the course of the 15 years that the church has conducted the drive, more than 3,000 turkeys have been collected and donated.

The church’s Mike Charland said during Mass that some of the organizations that would receive the turkeys included the Southwick Food Pantry, the Springfield Rescue Mission and the Westfield Food Pantry.

Following the Mass, the turkeys were loaded into a truck to be driven to their respective organizations. (Photo by Peter Currier)

Each year they expect between 200 and 300 turkeys to be donated, but an unexpected boost from an anonymous donor gave them an unusually high number of donations. The same donor also donated $3,000 to the fund.

Charland noted that $500 from the fund would be held specifically to be used to buy more turkeys for the Southwick Food Pantry before Christmas.

Following the Mass, the congregation gathered outside on the porch of the church where many of the turkeys were sitting, still frozen. Reverend Mark Hatch blessed the turkeys and gave thanks for the donations.

While most of the organizations are being given a designated number of birds, any remainders will also be donated to the Springfield Rescue Mission. Cheryl McCarthy, the Senior Warden of the Church, credited Charland and Denese Gouvin with organizing the drive.