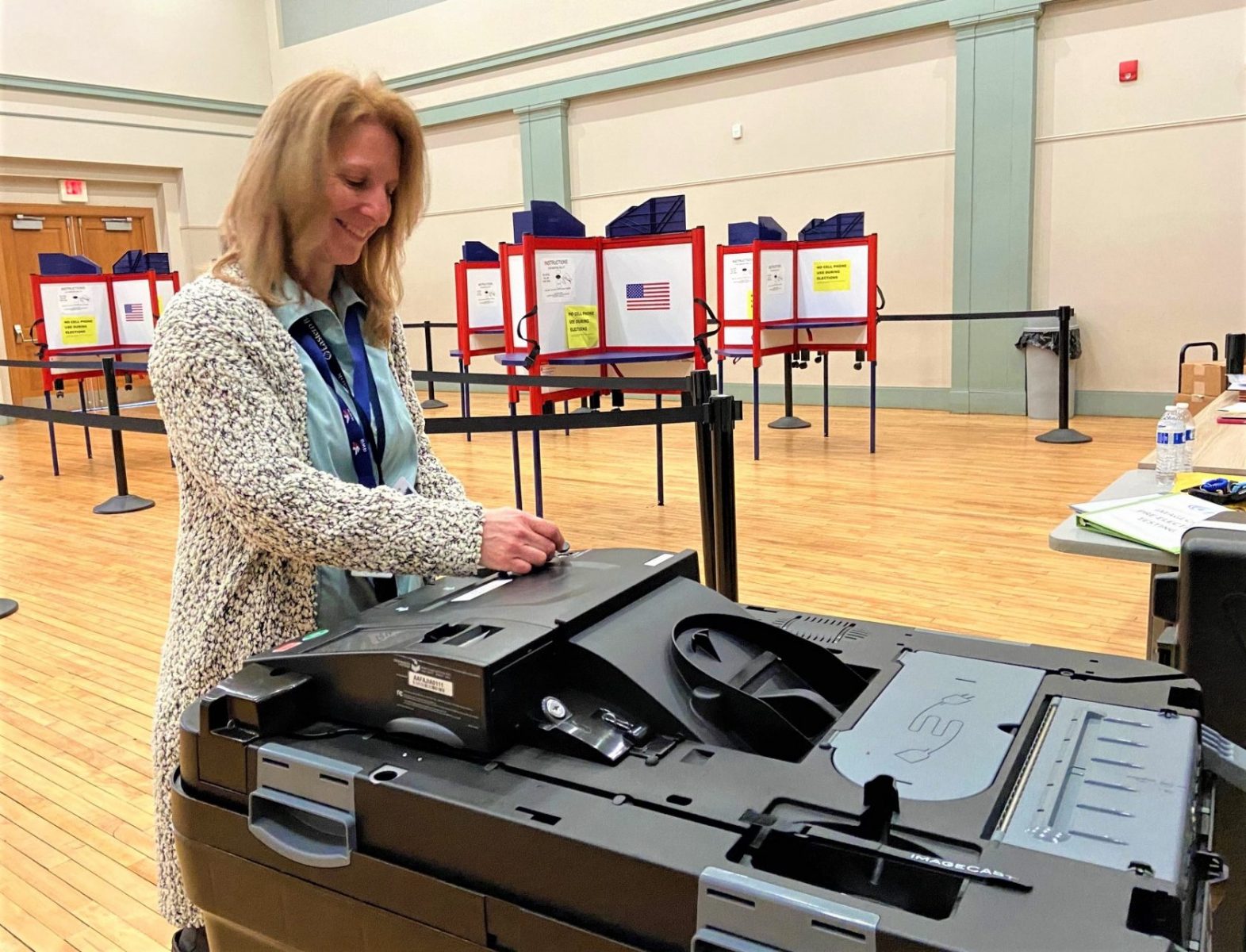 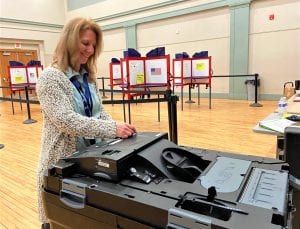 Hill spent the afternoon of Feb. 19 testing the town’s four voting machines, which were only used during one election when less than 300 voters cast their ballots.

Hill said she wasn’t yet comfortable with the machines, only because they had limited use.

“With the old machines, I knew what to expect and what could be challenges and how to fix them,” she said

Hill said early voting for both the presidential primary and the special state election primary is Feb. 24-28 at Southwick Town Hall and she said while there is an online application, she “highly suggests” that anyone participating in early voting do so in person.

“It’s a tight timeline,” she said of early voting, which is one week this year. Hill was concerned ballots would not be mailed and returned on time. She also said because there are two primaries the same day, two sets of paperwork would be mailed.

Hill noted that during the last presidential primary, there were two weeks for early voting, which brought out 2,200 early voters.

“That’s about one-third of our registered voters,” Hill said.

Hill said she always hopes for 100 percent voter turnout but guessed there would not be as many voting early this year because of the shortened timeline.

In addition to the four machines being used for the March 3 primary, Hill said the town was renting additional machines to help count absentee and early ballots.

“We already have absentee ballots coming in,” she said.