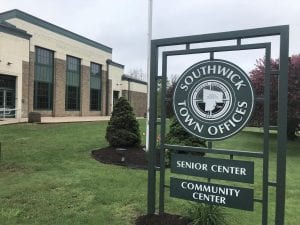 There was only one contested race, however, Hill had hoped more people would vote to test the town’s new voting machines.

“It was pretty uneventful,” Hill said of the election and use of the new machines. “We actually wanted it to be eventful so that in March, when we expect a lot of voters for the presidential race, we would have any problems worked out.”

The town spent about $8,000 on Tuesday’s election. Hill said costs include 17 workers and police detail at approximately $4,000, machine related costs of $2,500, $1,500 for ballots, and a few hundred dollars on miscellaneous supplies.

When the cost is broken down per voter, the town spent around $31 per voter Tuesday.

The one contested seat – a five-year term on the Southwick Housing Authority, was won by Elizabeth G. Malone. She defeated competitor Sean P. Langan with 134-112 votes.