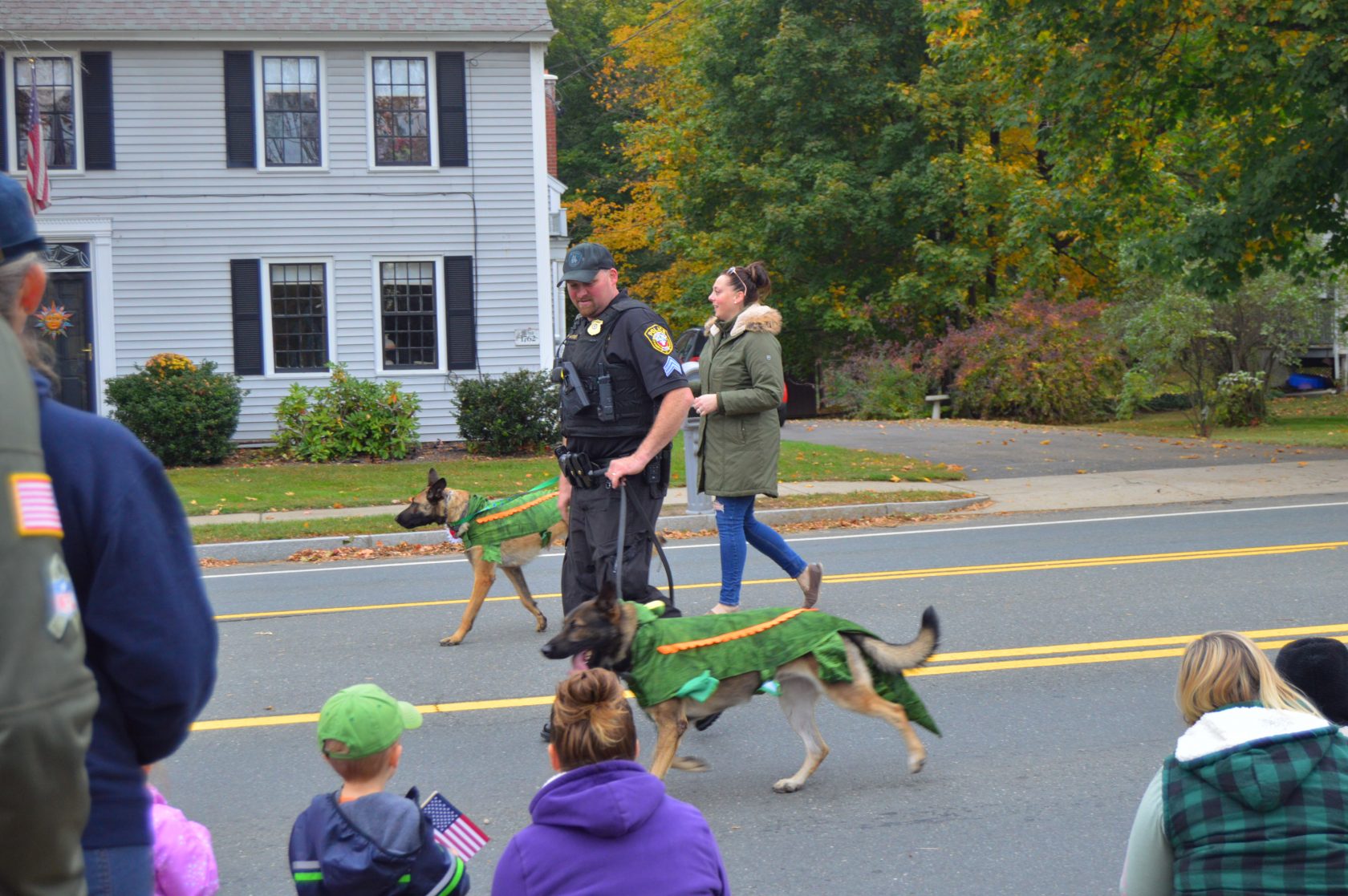 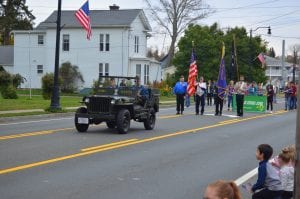 The parade featured hundreds of people with their farm animals, pets, farm equipment, or bands marching in the light rain. Many of the participants dressed themselves and their animals up in recognition of Halloween. Following the parade, the Southwick Civic Fund gave out awards to individual participants and their animals at Prifti Park, where the tractors and farm equipment from the parade were on display.

Free burgers and hot dogs were given out at the park, and Southwick’s 250th anniversary gear was being sold ahead of next year’s milestone birthday for the town. The Resurrection Airmen Country Band was also set to play music at the park as the parade ended, but the rain forced them off the stage due to the risk of water damage to their electric equipment.

At Prifti Park, Southwick’s Police Chief Kevin A, Bishop spoke in front of the crowd on the main stage. He thanked the Southwick Civic Fund and Robert Polverari for organizing the event and noted that all donations and proceeds for the event would be given to the Southwick Polverari Animal Shelter Fund. 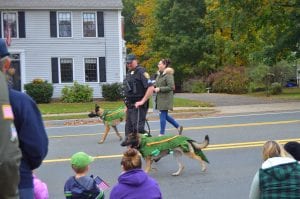 A large contingent of man’s best friend participated in the Southwick Farm Parade Sunday with many of them donning costumes for Halloween. Some of Southwick’s finest police K9’s seen here are dress as dinosaurs. (Photo by Peter Currier)

“The shelter itself was built by volunteers and donations, and that still continues with the volunteers who continue to come in and help feed the dogs and walk the dogs,” said Bishop.

Following Bishop’s speech, he turned the microphone over to  Richard Michnovetz, who invited Bob and Barb Poliveri on to the stage and jokingly offered to get them something to sit on.

Shortly after, a group of men walked over to the stage holding a large metal bench with a plaque on the center.

“This whole project started with me a year ago at this time at the last parade. I had a conversation with Bobby where I said to him, “You should have a statue done of you and Barbara to put at the shelter,” said Michnovetz.

He said that later he went to the Town Hall in Agawam when he saw a bench with someone’s plaque on it, when he came up with a more realistic idea than a statue. The plaque on the bench that was presented to the Poliveri reads, “Dedicated to Bob and Barb Poliveri for their contributions to the Southwick Community. October, 2019.”

The bench will be installed at the Southwick Animal Shelter. Michnovetz then announced that he would be presenting two checks in the name of the Polverari’s to the animal shelter totalling $1,222.