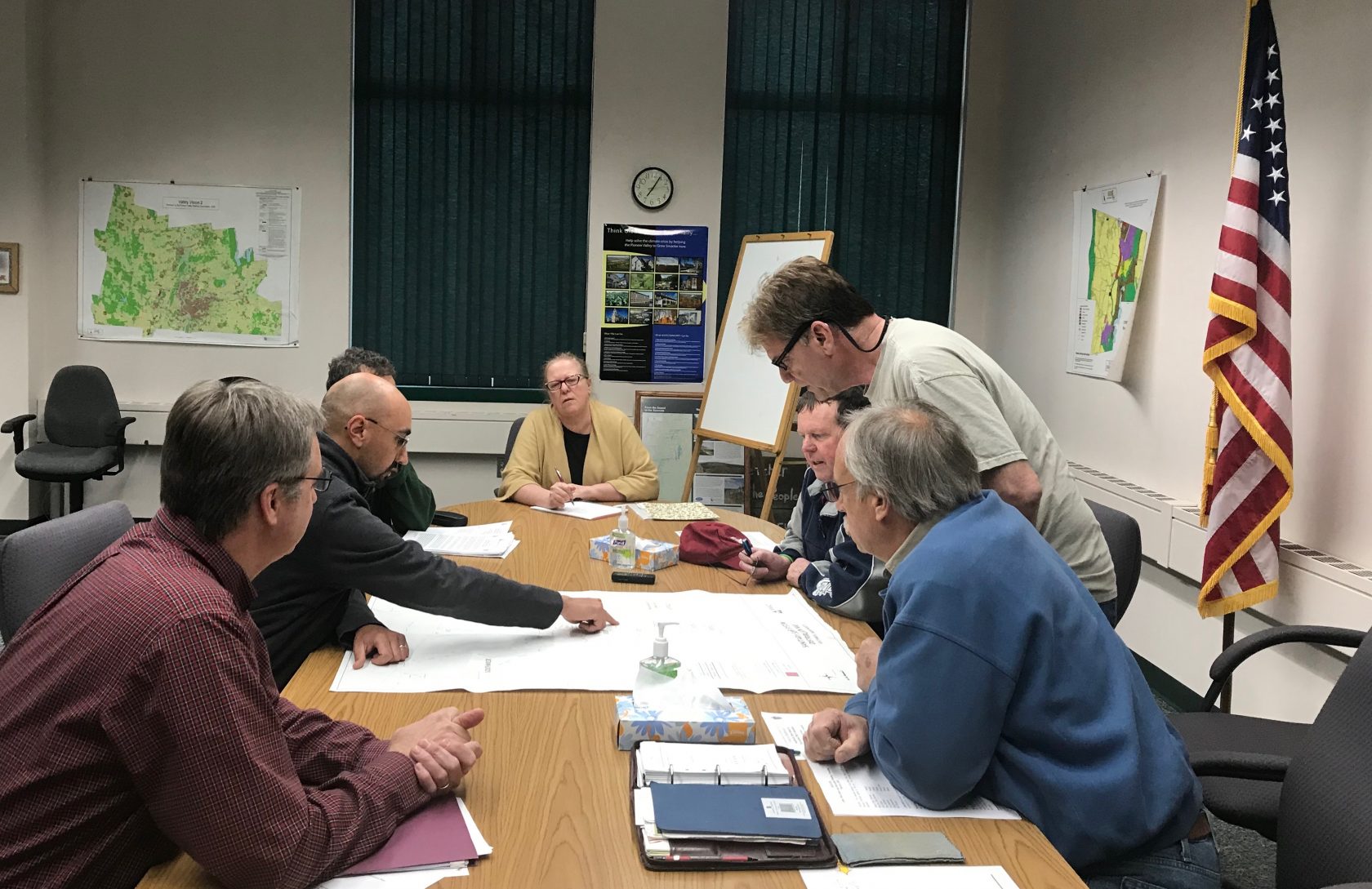 SOUTHWICK – DPW Director Randy Brown met with the Open Space and Recreation Committee at the Southwick Town Hall on Wednesday night to discuss the potential of more sewer connections in Southwick.

According to Brown, the Sewer Implementation Committee has created a target list for neighborhoods in town that could have sewers connected. Those neighborhoods include Congamond Road, parts of College Hwy, North Pond Road, Powder Mill Road, Fernwood Road and North Lake Avenue. Currently, there are around 900 sewer connections in Southwick.

Brown noted that the Sewer Implementation Committee sent out a survey to residents seeing if they would like sewers connected in their neighborhood. 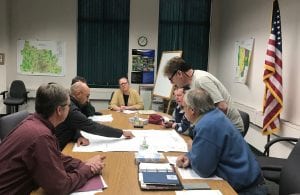 DPW Director Randy Brown shows the Open Space and Planning Committee the neighborhoods in Southwick that have sewer connections. (Photo by Greg Fitzpatrick)

“We were just trying to gauge their interest,” said Brown.

Some residents that gave feedback responded that they wouldn’t mind sewers and others wouldn’t care for it. Brown noted to the Open Space and Recreation Committee that he feels cost is the main reason for the lack of interest for more sewers in town as he estimates it could cost $20,000 to install a sewer system in one singular neighborhood. That estimate is based on the research he’s done looking at potential sewer systems on Powder Mill Road, Fernwood Road, and Congamond Road. Brown added that there are several variables involved with sewers, including the number of lots connected, the length of pipeline, the depth of the pipe, whether rock is encountered, and the number of pump stations.

Although the amount of grant money being given out from the state and the federal government is decreasing, Brown continues to see if more sewers are possible.

When discussing the lack of grant money being given out for sewer projects, Brown added that the increasing population of the town could have a negative effect on more potential grant money. The USDA (United States Department of Agriculture) administers a rural development grant for communities that have a population of 10,000 people and Southwick is expected to reach the 10,000 mark in the near future. According to the 2018 U.S. Census estimates, the Southwick population was 9,711.

Open Space and Recreation Committee member Craig Samuelson talked about Southwick’s continued growth and how the possibility of adding more revenue to town like a small hotel could be an option in the future. Samuelson noted that sewers would have to be a part of that project.

“These things (hotels) are virtually impossible without sewers,” said Samuelson.

Samuelson proceeded to ask what the cost of running a sewer line along a business-friendly part of town like College Hwy would be and Brown projects it would cost anywhere from $500 to $600 per foot just to install the pipeline for a sewer system on College Hwy.

The Open Space and Recreation Committee said that they’ll continue to discuss the possibility of adding more sewer systems in town in the future as they’re looking to add the most recent update of sewers to the 2019 Open Space plan.