SOUTHWICK—The sewer pump station project for the schools may cost more than was first thought, after bids on the project were discussed in last night’s Southwick-Tolland-Granville Regional School Committee meeting.

The committee discussed bids on the project that would connect the Southwick-Tolland-Granville Regional School complex to the new sewer system yesterday evening, which were found to be more costly than first anticipated. Also discussed was the creation of a transportation subcommittee following a study that was done on the school district’s transit services. 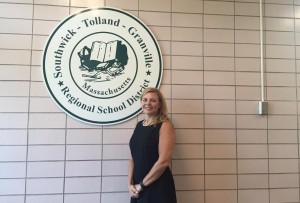 “All the bids were higher than the estimate and the town would like to get together to discuss possible options,” Jen Willard, superintendent of the schools, said.

According to an email provided by the committee, the bids were opened by Randy Brown, director of the department of public works for the town, and they were reportedly higher than the estimate provided. The bids ranged from approximately $1.18 million to $1.53 million. Five total bids were received.

Willard said that she hopes that the committee can set up a meeting as early as later this week to discuss the options available with the town on the project.

Regarding the transportation subcommittee, chairperson Jeffrey Houle suggested that one be created following the publication of a transportation study on the school district and the financial impact it could have on the district.

Houle said that he wanted the subcommittee created to “determine what to do with transportation in the future.”

He also said that “this year is a good indication of the financial issues that are in the future” for the district’s transportation.

Houle cited lowering attendance and less grant money as the reason for the need to examine the transportation. In addition, Willard added that less companies are offering transportation, which lowers the competition in the market.

According to the study by Public Management Associates, LLC, transportation costs for the district was at 6.62 percent of the budget, which exceeds the 5 percent standard for the industry. Factors for this included land size, population density and coverage area.

Houle requested that two to three committee members join the subcommittee, which will also have the district’s bus manager on it.