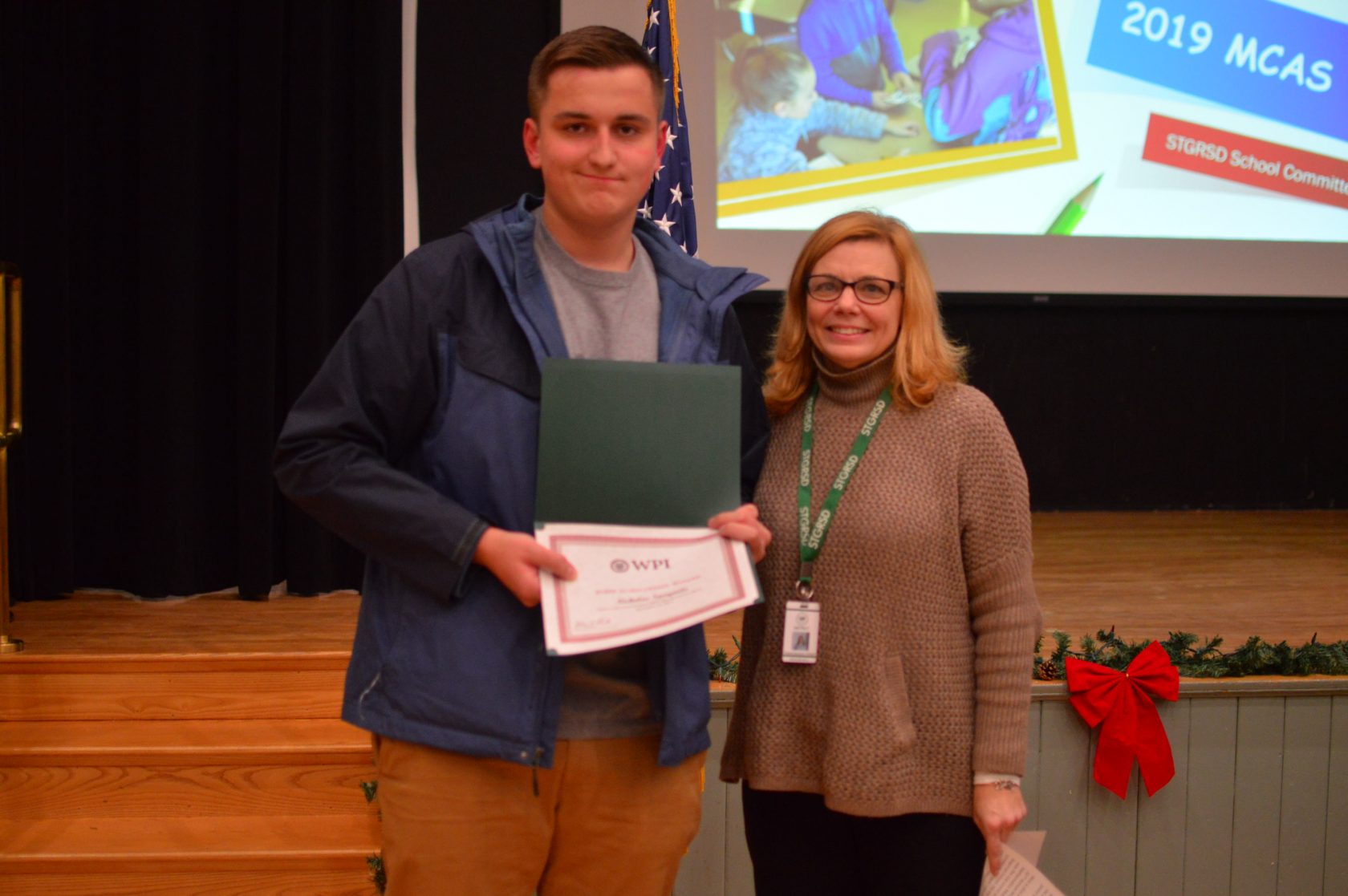 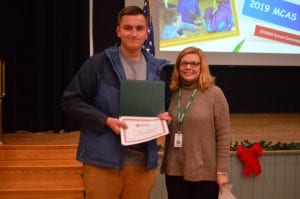 Nicholas Spagnolo (left) was given the certificate for the $1,000 WPI scholarship by Superintendent Jennifer Willard. (Photo by Peter Currier)

“He has been a member of the National Honors Society since his Junior year,” said Willard.

She also noted his time on the school’s golf team and as being a member of the math team. The math team attended the 32nd annual Worcester Polytechnic Institute Invitational Mathematics meet, during which Spagnolo was the top scorer, earning him a $1,000 scholarship to WPI.

Willard also recognized twins Alina and Anastasia Antropova who were both being recognized by the National Merit Scholarship Program.