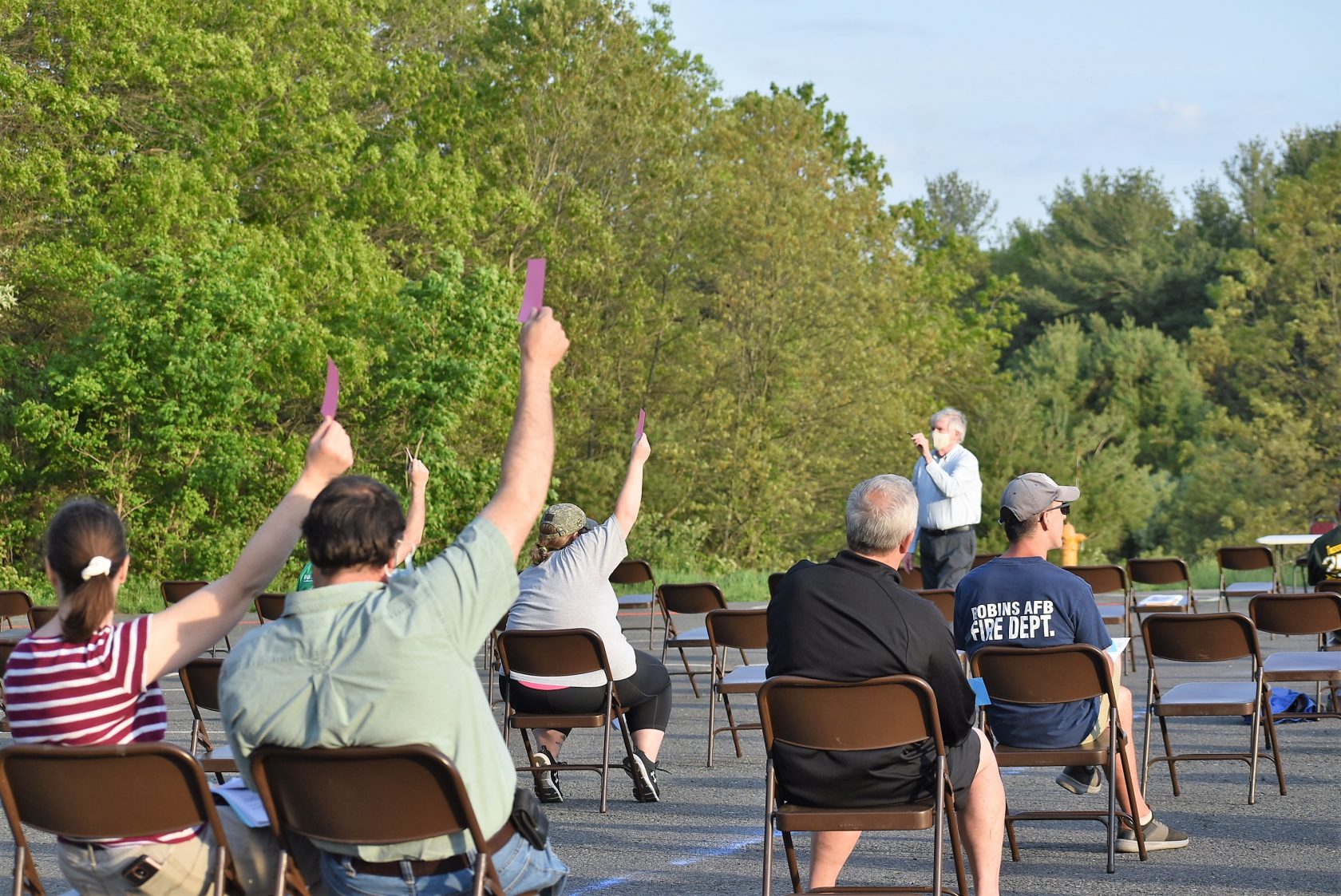 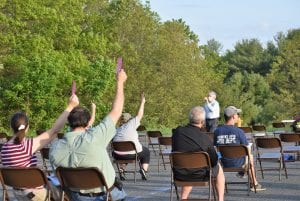 SOUTHWICK – Town Meeting voters passed all but one of the 32 articles on the May 18 Annual Town Meeting warrant.

With a tie vote, Article 16 failed. The article was to transfer $27,607 of Community Preservation Act funds to restore 11 stained glass windows at the Old Town Library.

Several residents spoke against it, arguing that the building was purchased privately and no town funds should be used for the renovation.

Resident Bill Lis stated that when B. Charles Real Estate Holding Co. purchased the rundown building for $12,000, the owners took responsibility for fixing the numerous problems.

“I’m surprised this is up for a vote,” said Lis.

He said it was known at the time of the sale that the owner would have to foot the bill for renovations.

“I don’t understand why this is a question,” he said. “This is not a public building and do not feel public funds should be used.” 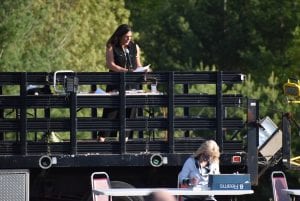 Select Board Chair Douglas Moglin reminded everyone that there was only one bid on the property, which sat vacant and deteriorated for two decades.

Resident Pat McMahon asked whether there was a contingency with the sale that the purchaser would not come back to the town for help with funding repairs.

Town Counsel Benjamin Coyle said there was no such stipulation and that “there is no prohibitor for the owner to seek CPA funds for the historic renovation.”

The Old Library, which is being renovated for offices, is not registered as a historic place, however the Southwick Historic Commission did put forth the article along with the Community Preservation Committee.

Dennis Clark, consultant to the committee, noted that while it may not be a public building, the renovation of the stained glass windows would be enjoyed by passersby.

Town Moderator Celeste St. Jacques called for a hand count of votes and declared a tie, which meant the article failed to pass.

Nearly all other articles passed unanimously, with only a few receiving “nay” votes or questions.

One resident did ask several questions about the Rail Trail and Town Beach, wondering if the beach would be open this year and what the Rail Trail $5,700 budget entailed.

No one from the Parks and Recreation Committee was in attendance at the time of the question. Moglin said it was his understanding that the beach would open and the committee was looking to hire staff. He also said the Rail Trail funds were likely for general maintenance and mowing. 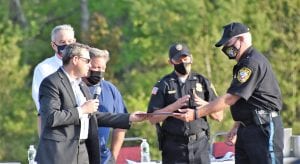 In the middle of the meeting, Moglin took a moment to present retiring Police Chief Kevin Bishop a certificate and acknowledge his 34 years on the force.

“For the last three years it has been an absolute pleasure to have him as chief,” said Moglin, noting that during the past year Bishop led efforts to bring the community together, including the Southwick Regional School Class of 2020 car parade, numerous birthday parades and more.

Bishop said he did not expect to be honored and was not prepared, but did say thank you and noted there would be another car parade June 4 for the Class of 2021. He also said he gave his “full support” to incoming chief Lt. Robert Landis.

At the conclusion of the meeting Moglin offered certificates to others retiring or not continuing to serve on boards, including Dr. Jerry Azia who chose not to seek re-election to the Board of Health and retiring Town Planner Alan Slessler.

The general town budget of just over $11.5 million passed as did the Southwick-Tolland-Granville Regional School budget, which was also $11.5 million.