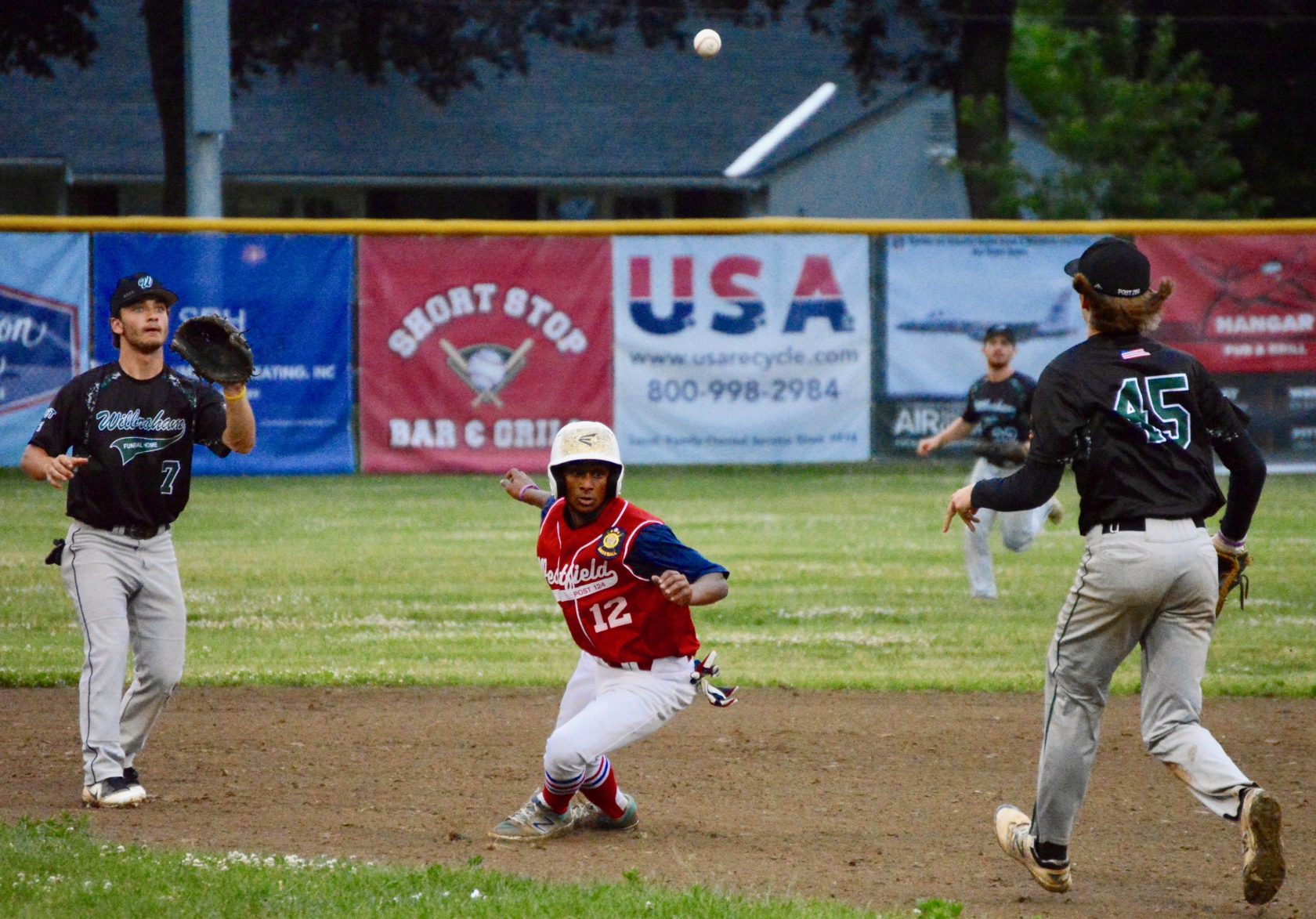 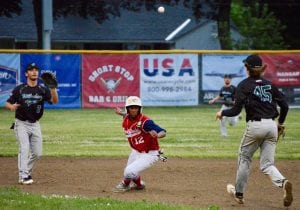 Westfield’s Paul Shibley (12) tries to outrun the Wilbraham defense in a rundown on the base paths. (Photo by Chris Putz)

WESTFIELD – When Wilbraham “Red” Post 286’s Joe Lucas got ahold of a Josh Lis fastball for a two-run home run over the left field fence in the first inning of Tuesday night’s American Legion Baseball opener at Bullens Field, all of his teammates looked to the sky, but it was for more than one reason.
“This was our first game after losing our teammate,” said Lucas, referring to Wilbraham Post 286’s Ryan Doyle, who passed away at age 19 Sunday after losing a battle to cancer. The two teammates grew up playing ball together through youth organizations and eventually at Minnechaug Regional High School, becoming close friends. Lucas will be attending Bryant University in Rhode Island this fall.
“I was just trying to set the tempo,” Lucas said of the home run. “It was pretty special.”
Wilbraham continued to build on the momentum, scoring two runs in the top of the third inning on a two-run double from Jean-Pierre Catellier and two more runs in the fourth on Ben Dunklee’s two-run double. Post 286 also scored on an error early in the fourth and led 7-0 heading into the bottom of the inning.
Westfield fought back with two runs in the bottom of the fourth with run-scoring singles from Lis and Colin Blake.
Wilbraham responded with a pair of RBI singles and two-run scoring errors in the sixth for an insurmountable 11-2 advantage.
“It was kind of makeshift at the beginning,” Westfield Post 124 manager Don Irzyk said, pointing to a handful of players missing for various reasons. “For the most part, it was pretty positive tonight. …I’ll take it, not the scoreboard, but I will take everything else.”