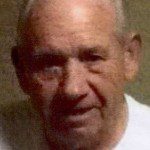 WESTFIELD – Stanley J. “Stosh” Wantuch Jr., passed away peacefully at home with his family by his side, on October 9, 2013. He was the son of the late Stanley J. Wantuch Sr. and Mary (Morytko) of Westfield.
Stanley attended Westfield schools and graduated from Westfield Vocational High School. He served overseas in the United States Army. When he returned, he attended and graduated from Hampden Electric School. He worked as a maintenance mechanic at Pratt & Whitney and also worked for Digital Equipment for 25 years. Stanley retired from Berkshire Industries and worked part time at MTG in Westfield until 2012. He was a parishioner of Holy Trinity Church. He enjoyed traveling and Polka dancing with the original crazy 12. He also enjoyed hunting at the A frame in Vermont, riding his Harley Road King and spending time with his family.
He leaves his wife of 47 years, Sandra (Fox) O’Connor Wantuch. Stanley was predeceased by his daughter, Katherine “Trin” Wantuch.  He leaves his daughters, Kelly (O’Connor) Bebber and her husband Andrew of Florida, their children Danielle and Samantha; daughter, Kimberlee (O’Connor) Hosmer and her husband Timothy and their children, Stephanie, Adam, Erik and Victoria; his daughter, Kristie (Wantuch) Healey and her longtime boyfriend Marc Franceschet, and her children, Amber and Jessica; daughter, Kerrie (Wantuch) Marcoulier, her husband Josh and their son Jakob all of Westfield. He also leaves a sister, Susan Falcetti and her husband Robert of Florida. Stanley leaves two god-children, John Collier Jr. of Westfield and Tina (Suleski) Blair of New Hampshire and many nieces, nephews and cousins. He was predeceased by his brother Stanley.
The funeral for Stanley will be held on Tuesday, October 15 at 9:00 a.m. from the Firtion-Adams Funeral Service, 76 Broad Street, Westfield followed by Liturgy of Christian Burial at 10:00 a.m. in Holy Trinity Church, 335 Elm Street. Burial will follow in St. Mary’s Cemetery. Calling hours will be held on Monday from 4:00-8:00 p.m. at the funeral home.
In lieu of flowers, donations may be made to the Westfield Vocational Technical High School, 33 Smith Ave., Westfield, MA 01085.
firtionadams.com