WESTFIELD – Last week, Jeffrey C. Riley, commissioner of the Department of Elementary and Secondary Education sent out a memo to school districts, announcing that after a year-long study the state would be suspending Alternative Structured Learning Days, better known as Blizzard Bags. 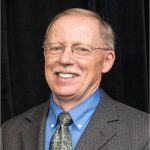 For some districts, such as Gateway Regional, this comes as a blow. Gateway was one of the first to develop and implement the program, beginning in the 2016-2017 school year, before the state began its trial period. For Gateway, the first five snow days were used as ASLD, which the district estimated saved $11,000 per day in transportation, utilities, cafeteria and substitutes, and significantly shortened the school year, which ended that year on June 14. That same year, Southwick ended school on June 21, and Westfield on June 28.
A parent and staff survey of the Gateway program in 2017, came back with 75% in favor of continuing.

Parents and teachers agreed that five school days were enough time to complete the assignments (students generally had five days after the snow day to complete the assignment). They also said that the assignments given were appropriate, and that over the course of the year, the Blizzard Bags became easier to implement and understand, and assignments were related to what students were working on in the classroom. Most also agreed that Blizzard Bags would be easier if all of the towns had widespread broadband available.
Also of concern were accommodations for children with special needs and meeting the requirements of Individualized Education Plans, which became a focus over the next two years. The state’s decision to end the program was in large part based on access and accommodations for all students.
“While the Department recognized these programs as possible solutions to school closings due to an emergency or extraordinary circumstance that forces the closing of school for one or more days, the decision to discontinue the use of alternative structured learning day programs is based upon a variety of factors, including concerns about equitable access for all students,” Riley wrote in announcing the decision.
Gateway Superintendent David B. Hopson expressed frustration with the decision. “Our calendar is already approved with blizzard bags, so we’ll use them for the upcoming year. I was disappointed in the DESE decision and in my discussion with the commissioner. One more blow against western Massachusetts,” Hopson said.
After that first year, Gateway began making presentations to multiple districts about the program, including Westfield and Southwick.
Westfield implemented a modified ASLD/Blizzard Bag program two years ago, which kicked in after the five snow days in the calendar were used. Southwick voted to wait until DESE finished the study before implementing a program.

“Last summer, Department of Elementary and Secondary Education collected Alternative Structured Learning Day plans from all districts for review. I am fairly certain that DESE made the decision to stop blizzard bags because of the difficulty in providing accommodations for students that are English Language Learners, on Individualized Education Plans, or have little to no internet access. For these reasons, Westfield Public School’s plan did not utilize blizzard bags until after five emergency school closing days were used,” said Westfield Superintendent Stefan Czaporowski, who said they would continue the program for one more year.
“We acknowledged students working independently at home was not ideal but that the learning environment the last two weeks of June can also be challenging. For the 2020-2021 school year, DESE is urging districts to consistently start school before Labor Day and to consider modifying traditional vacations in February and April. We will take a look at these and other options, develop several plans to move forward, and seek community, parent, staff, and student feedback,” he added.
The superintendent was referring to DESE’s suggestion for districts to consider scheduling a one-week vacation in March instead of week-long vacations in February and April.
Parents were split on the state’s decision.
“We never used them this year. Two years ago they were sent home just in case, but not used. I like them. I like the concept of not going past the five days. But we haven’t seen them in action recently,” said Westfield elementary school parent Bethany Smith.
Alicia Barden, whose children are also in elementary school in Westfield, also mentioned the potential for shortening the school year. “I would prefer to see them revamp the current policy rather than discontinue them. I’ve heard stories from moms in other school districts that start their blizzard bags the first snow day. I never even saw them come home this past year — I think because we didn’t use enough snow days to warrant them coming home. However, we are still one of the last districts to get out of school. Luckily, not as late this year, but still,” Barden said.
“I don’t agree with blizzard bags. There is enough rigorous education during the regular days. Snow days should be for pure fun! Blizzard bags should be optional, said Westfield parent Justin King. Our kids need to know how to take a break and when and how to take advantage of the down time. Snow days are one good example. So many of our children experience anxiety about school. Is one blizzard bag really going to make or break my child? And what of those children who do not have the support on snow days to complete a bag.”
“I do think it is a short sighted decision on the state’s part,” said Dena Hall, a parent of two St. Mary’s students, which had also implemented the program. “Keeping kids in school into the last week(s) of June is unproductive. Teachers, students and parents are tired, hot and ready for summer break. The Blizzard Bag program has worked great for our family and our school and allows us to get the most out of our summer vacation with our kids. Rather than eliminate the program, I would hope the DESE can recommend an alternative to the current approach that would still result in an effective Blizzard Bag program.”