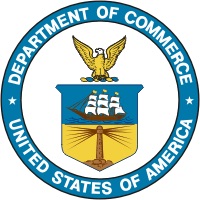 WASHINGTON – Merchandise exports from Massachusetts hit $27.4 billion in 2014, an increase of $541 million over 2013. Massachusetts’s exports in 2014 helped the U.S. achieve a record high for goods and services exports: $2.35 trillion.
Goods exports from Massachusetts supported an estimated 119,000 U.S. jobs in 2013, contributing to the 11.3 million jobs nationwide that were supported by both goods and services exports that year. On average, jobs in these export-related industries pay up to 18 percent more than non-export related industries.
According to data released by the Department of Commerce’s International Trade Administration, Massachusetts’s goods exports in 2014 were led by a number of sectors, including computer and electronic products ($8.2 billion); chemicals ($3.5 billion); and miscellaneous manufactured commodities ($3.1 billion).
“Exports are critical to economic growth and job creation in communities across the country,” said Secretary Pritzker. “With 95 percent of the world’s consumers living outside the United States, opening more markets to ‘Made in America’ goods and services is fundamental to our nation’s competitiveness, job creation, and the economic security of our families.
“An estimated 119,000 U.S. jobs were supported by Massachusetts’s goods exports in 2013 alone. The Obama Administration has set an ambitious trade agenda that will help our businesses, workers, and innovators compete on a level playing field around the world, so they can expand and hire here at home. Now is the time for Congress to pass bipartisan trade promotion legislation, so we can enact new trade agreements with high standards that uphold our values and protect our national security.”
These data further demonstrate the important role that trade and exports have played in America’s and Massachusetts’s economic recovery. In order to build on that momentum, Congress must pass bipartisan trade promotion legislation, which will allow the Administration to negotiate new trade agreements that increase accountability and high standards, uphold our values, and open new markets to American goods and services.
Massachusetts is already benefiting from the free trade agreements that the U.S. has in force with 20 countries. More than $8.6 billion (31 percent) of Massachusetts’s goods exports in 2014 went to free trade partners. Over the past 10 years (2005-2014), goods exports from Massachusetts to these markets grew by 51 percent, with sales to Mexico, Canada, Korea, and CAFTA-DR showing the largest dollar growth over this period.
Trade Promotion Legislation
For the past 40 years, Congress has enacted Trade Promotion Authority (TPA) type laws to help guide both Democratic and Republican Presidents in pursuing trade agreements that support U.S. jobs, eliminate barriers to U.S. exports, and set rules to level the playing field for U.S. companies, farmers, ranchers and workers. TPA allows Congress to set high-standard objectives and priorities for U.S. trade negotiators and establish a process for consulting with Congress and the public.
The regional trade agreements under negotiation now – Trans-Pacific Partnership (TPP) and Transatlantic Trade and Investment Partnership (TTIP) – accounted for 62 percent of U.S. goods exports in 2014, supported an estimated 4.2 million U.S. jobs in 2013. TPA will allow these agreements to become a reality, spurring economic growth in the United States and our trading partners.
Trans-Pacific Partnership (TPP) and Transatlantic Trade and Investment Partnership (TTIP)
The Trans-Pacific Partnership (TPP) and Transatlantic Trade and Investment Partnership (TTIP) would create new market opportunities for Massachusetts companies, supporting export-related jobs.
Massachusetts exported $8.8 billion annually in goods to all TPP markets (2012-2014 average), which accounted for 33 percent of the state’s goods exports. Massachusetts’s exports could benefit from new market access as a result of Brunei, Japan, Malaysia, New Zealand, and Vietnam eliminating their tariffs as part of TPP.
The EU’s tariff elimination as part of TTIP would provide new market access that could benefit Massachusetts’s exports. TTIP will be an ambitious, comprehensive, and high-standard trade and investment agreement that offers significant benefits for U.S. companies and workers through eliminating existing trade barriers and better enabling U.S. companies and workers to compete. TTIP will provide new opportunities for U.S. industry, as approximately one-fifth of all U.S. goods and services exports go to the European Union (EU). In 2013, U.S. goods and services exports to the EU supported an estimated 2.5 million U.S. jobs.
Massachusetts exported $8.6 billion annually in goods to the EU (2012-2014 average).
Massachusetts’s top industrial goods exports to the EU include metals and ores (tariffs range up to 10 percent); information and communication technologies (tariffs currently go as high as 14 percent); and high-tech instruments (tariffs range up to 6.7 percent).