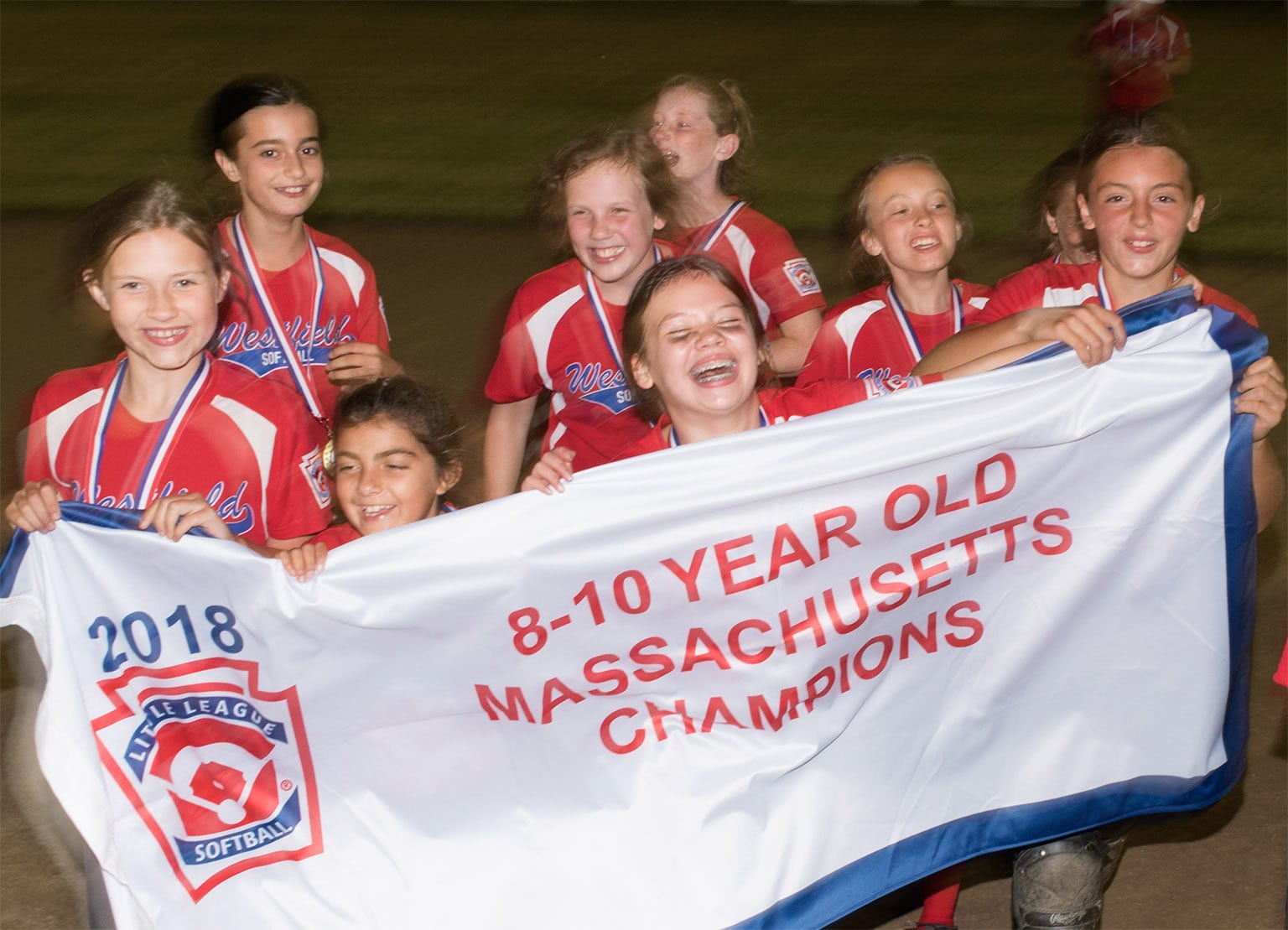 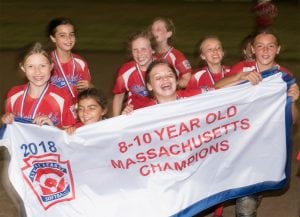 The Westfield Little League Softball 10-Year-Old All-Stars run around the field with the state championship banner after sweeping Woburn in a double header Saturday at Sadie Knox Field. (Photo by Marc St. Onge)

WESTFIELD – One local ball club made it loud and clear that they were interested in creating another banner moment.
The Westfield Little League Softball 10-Year-Old All-Stars squeaked past Woburn 5-4 in the first game of a state championship double header, and slugged their way to an 18-11 victory in the nightcap to sweep the best-of-3 series Saturday at Sadie Knox Field.
“We made it to the finish line,” Westfield Little League Softball 10U manager Mike Bonfitto said.
Westfield struggled to get its offense ontrack until midway through the state championship opener. The Whip City’s All-Star squad rallied from a three-run deficit with a four-run, fourth-inning explosion. Adyson Rowell and Julia Bonfitto had big hits in the inning, driving in two runs apiece.
Rowell also manufactured the game-winning run in the sixth, reaching after being hit by a pitch. She moved around each of the bases and scored – all on passed balls.
Westfield pitcher Shea Hurley tossed a complete game three-hitter, striking out 16 batters.
In the late game, Westfield skipped ahead of Woburn by winning a walk-a-thon – the host team walked five times, was hit twice, and scored eight runs while batting around in the second inning. Bonfitto and Grace Trempe (5 RBIs) delivered the key hits.
Westfield was well on its way to a relatively convincing victory.
Bonfitto ended up going 3-for-4 with three walks, scoring four times and driving in two runs. She also struck out 12 batters on the mound. Hurley finished with 5 RBIs. She also struck out the side in the sixth inning to get out of a bases loaded jam to end the game.
“The first game was a great pitcher’s duel – we had to scratch out everything we could to win that,” manager Mike Bonfitto said. “(In the second one), they started their same pitcher. I think she was a little tired. They had to go to a reliever and she didn’t throw as hard. We took advantage of it.”
RUTHERS UPDATE: The Westfield Babe Ruth Baseball 13-Year-Old All-Stars fell to 0-2 in eastern regionals play with a 7-3 loss to Nashua (N.H.). Nashua improved to 2-0.
In other games, Portland (Maine) ran its record to 2-0 with an 8-1 win over winless Pittsfield (0-2), Milton (1-1) handed Milford (Conn.) its first loss 7-6, and Barre (Vermont) battered North Providence-Smithfield (R.I.) 18-6.
Westfield returns to action Sunday against Barre at 7 p.m., following a full slate of games.
SPECIAL HONOR: Westfield Little League Baseball assistant vice president Mike Raposo received the 2018 Dedication to Westfield Baseball Award prior to the final contest Saturday night at Bullens Field. Jim Jachym received the award in 2017. 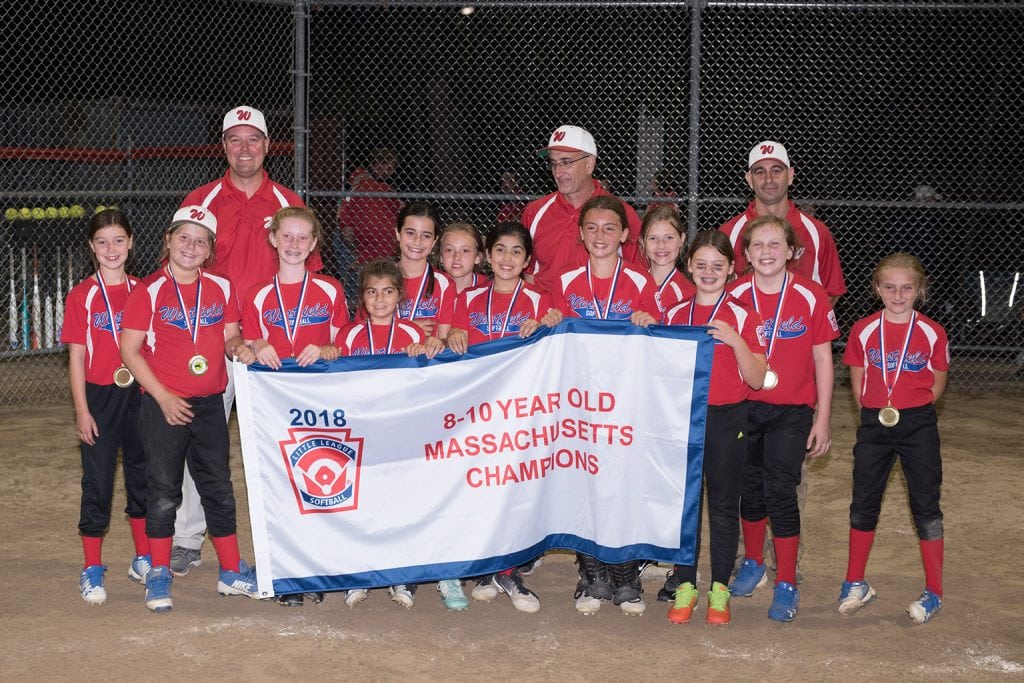