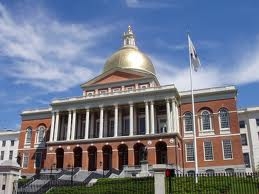 BOSTON – Legislative committee appointments were announced last week, with Westfield’s State Sen. Michael R. Knapik and Rep.  Donald Humason, Jr., and Southwick, Agawam and Granville Rep. Nicholas Boldyga retaining key seats.
Knapik remains the Ranking Republican on the Ways and Means Committee, as well as holding seats on eight other committees.
The Senate Committee on Ways and Means plays a crucial role in the development and implementation of the annual state budget. As Ranking Minority Member of this influential committee, Knapik will be asked to serve on the budget conference committee, with is charged with reconciling the differences between the House and Senate budget proposal.
“It is a great honor to be able to serve my constituents and the rest of the Commonwealth in this capacity,” said Knapik. “I look forward to working with my colleagues in the House and Senate to bring forth a responsible budget plan that not only addresses the needs of the Commonwealth, but also one that is cognizant of the ongoing economic reality we are facing. Everything we do in the legislature should be geared towards creating jobs, attracting, retaining, and easing the burden on taxpayers and employers, and boosting the sluggish recovery,” said Knapik.
Knapik is a new member of the Committee on Tourism, Arts and Cultural Development. This multifaceted committee is involved in several state-wide initiatives which include facilitating local economies by promoting tourism and development of cultural centers within Massachusetts communities and working with the Commonwealth’s various cultural councils.
“I am pleased to have the opportunity to join this committee,” said Knapik. “It is a great way to stay in touch with the ever evolving arts and culture community in Massachusetts. The committee has always been an effective advocate for Massachusetts Cultural Councils, tourism groups, and others and I look forward to contributing to the effort.”
Knapik remains on the Committee on Ethics and Rules, the Committee on Bonding, Capital Expenditures and State Assets, the Committee on Consumer Protection and Professional Licensure, the Committee on Public Service, The Committee on Revenue, the Committee on Telecommunications, Utilities, and Energy, and the Committee on Veteran and Federal Affairs.
Minority Leader Brad Jones appointed Humason as Ranking Republican member on the Economic Development and Emerging Technologies Committee and as the senior member on the Joint Committee on Consumer Protection and Professional Licensure.
The Economic Development and Emerging Technologies Committee is tasked to consider all matters concerning commercial and industrial establishments, casino gambling and gaming, industrial development, the racing industry, science and technology, economic development, retention of science or technology-intensive industries; adoption of existing industries; innovation systems from research to development; computers; information, networking, the Internet, data storage and access; communication; biotechnology; stem cell research medical technology; medical devices; environmental technologies, classroom applications; workforce technology training and development, etc., and such other matters as may be referred.
The duty of the committee on Consumer Protection and Professional Licensure to consider all matters concerning consumer credit, consumer protection, the issuance of licenses for the sale of alcoholic beverages, the registration of various trades or professions, and such other matters as may be referred.
“I’d like to thank Representatve Jones for reappointing me to the Consumer Protection and Professional Licensure Committee and for my new assignment to the Economic Development and Emerging Technologies Committee,” said Humason. “I look forward to serving on both committees this session.”
Boldyga was appointed to Public Safety & Homeland Security, Labor & Workforce Development and Bonding, State Expenditures & State Assets.
Boldyga has been named the ranking member of the Committee on Public Safety and Homeland Security for his second term. This committee focuses on laws pertaining to the safety of the public, the transportation of energy sources, the correction system and Commonwealth security matters.
“I am honored to have the opportunity to serve on these committees and continue working on behalf of the people of our district and the Commonwealth,” said Representative Boldyga.
The Committee on Labor and Workforce Development focuses on labor laws, workers’ compensation, and matters concerning discrimination with respect to employment.
The Committee on Bonding, State Expenditures & State Assets focuses on all matters overseeing the giving, loaning or pledging of the credit of the Commonwealth. The committee is responsible for evaluating legislation containing increased bond authorizations for Massachusetts.