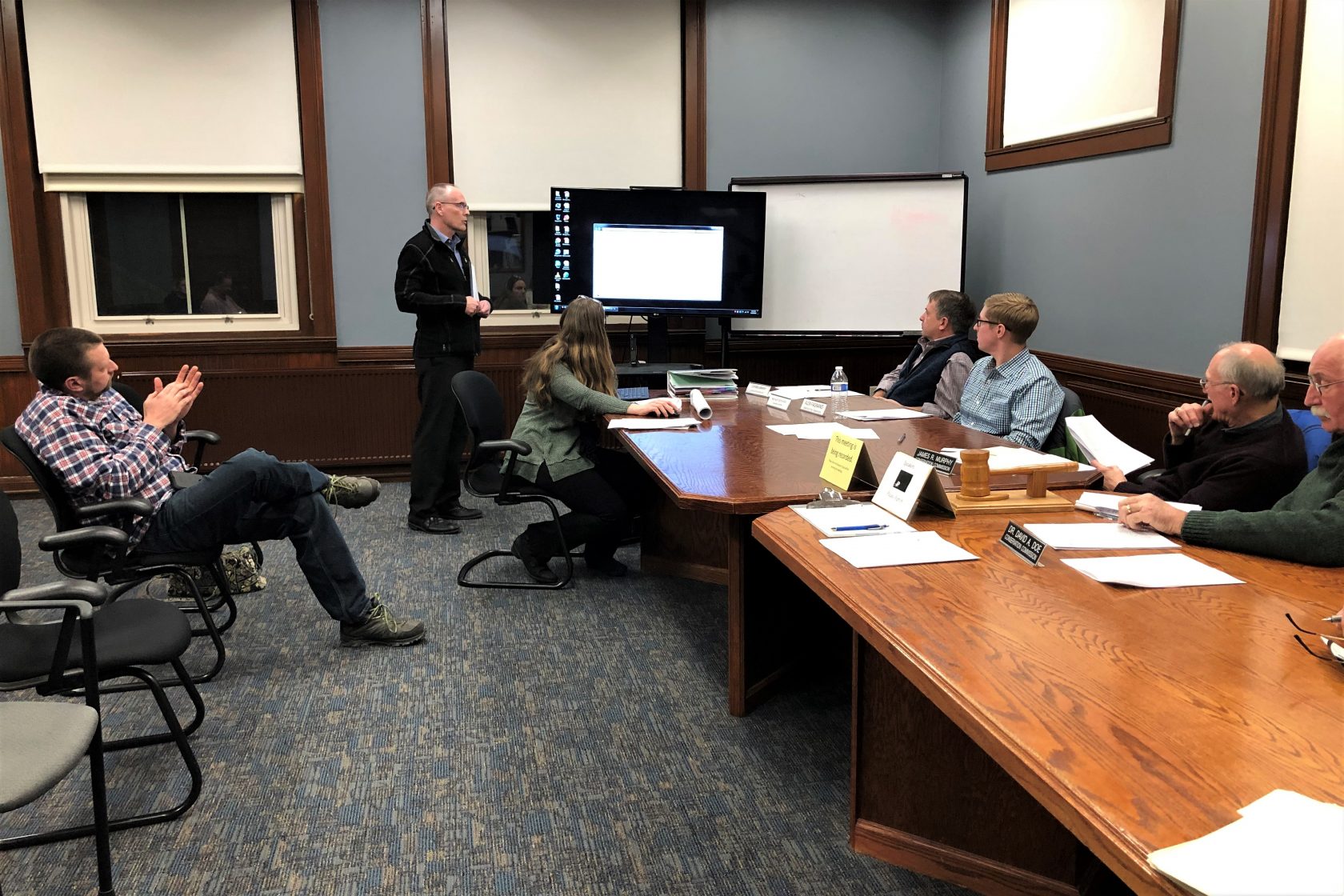 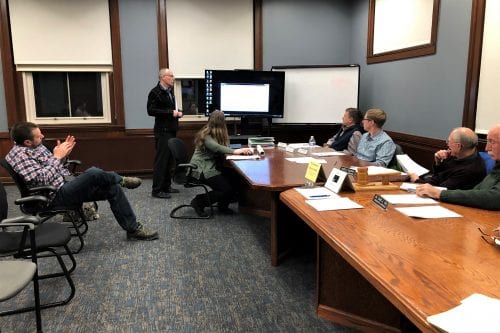 WESTFIELD – Homeowner Richard W. Conroy and Westfield Technical Academy Horticulture Instructor Nathan Sperry sought guidance Jan. 28 from the Conservation Commission for a possible student project on Conroy’s property.
Conroy said he recently built a house at 82 Fowler Road which has a stream on the border with invasive species. He said he’s interested in restoring the stream with native species.
Conroy said it was a farmer’s field at one point, and the intermittent stream meanders 500 to 1,000 feet along the side of the field to Fowler Road, where there’s a culvert through the road.
Sperry said he went out in the summer to look at the site, which has a lot of bittersweet and multiflora rose, and some native species such as red maple and willow in the wet areas. He asked the commissioners how to root out the majority invasives without harming the native species; and if the invasives are 90% of the vegetation, should they just start over.
“I’m thinking of doing it over time, 20 feet a year, and growing and replacing as we’re continuing down the line,” Sperry said.
Commissioner James R. Murphy, Jr. suggested sheet mulching around the native species. He said the state has a guide on its website for restoration. Sperry said it would be difficult to plant there, because the growth is dense, and the invasives would likely crowd out new plantings.
Conroy said maintenance will be required, because he believes the invasives will come back. He said he wants be involved in the project, and will do the maintenance on the stream.
“It’s a great idea getting the school involved in native plantings,” said Conservation Coordinator Meredith Borenstein, who said she went on a site visit with Sperry and his students, when it was zero degrees out and snow-covered.
Borenstein also said she thinks it may be a perennial stream. She said if they are going to be treating invasives in a resource buffer zone, the homeowner would need to file a Notice of Intent.
Commissioner James R. Murphy, Jr. said the state has a guide on its website for restoration. While he called the project “pretty neat,” he said the commission needs more information. He asked for an inventory of the plants on a map or grid of the stream.
Commissioner Carl Grobe asked if the stream was on the boundary, and whether there are multiple property owners. Conroy said the stream borders the property of the person he bought his land from.
“It is a good project that I’d like to do with my students,” Sperry said, adding that he wanted to make sure it was correctly permitted with the city. He said he’d like to take a couple of different approaches, starting with sheet mulching on the Fowler Road side, removing some invasives by hand, and proposing a different plan for each section.
“None of it is a rush to me,” Conroy said.
Borenstein said they could get a three-year permit for the project, which could be extended. The commission also discussed waiving or reducing the fee for the permit.
Chairman David A. Doe, a professor of biology at Westfield State University, said filling out a Notice of Intent can be a learning experience for the students, also.