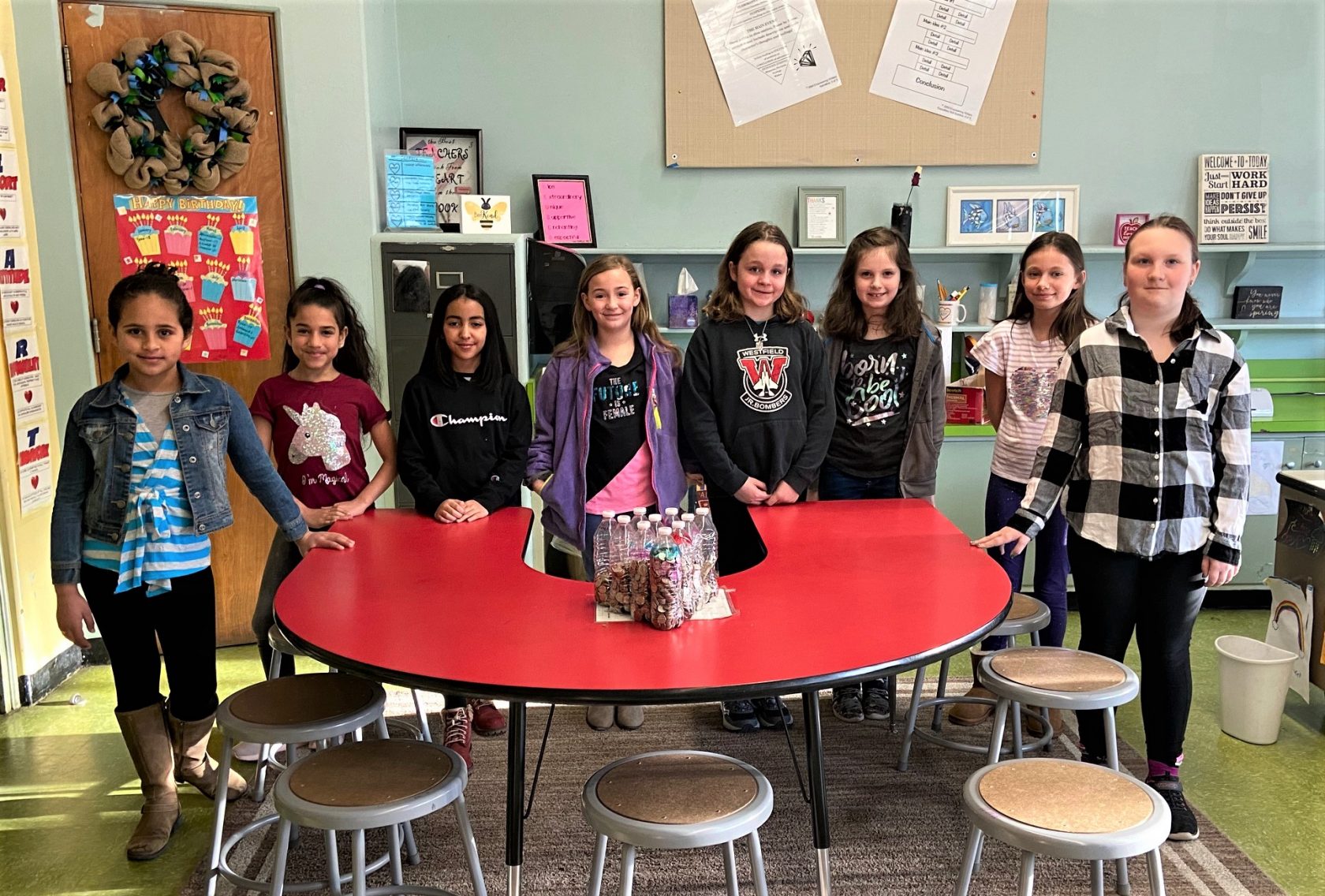 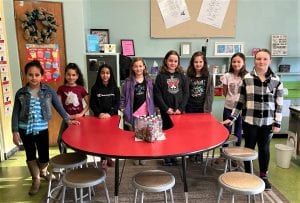 The Thirst Project fundraiser was spearheaded by nine students in the Kiwanis K Kids Club at the school. Cost of a well is $12,000 and teacher Julie Neuser every cent counts, adding that she was impressed with their efforts.

“They had three days of announcements, sent out a robo-call and the girls went around to other classrooms,” Neuser said.

Geana Delisle of Kiwanis said the group was “wonderful.”

“They get it,” she said. “If you could have seen the look on their faces when [Kiwanis member George Delisle] showed them a video and they saw that mothers and daughters had to walk for eight hours to get water that’s polluted,” Delisle said. “They just get it.”

For K Kid Club member Mackenzie Holmes, what she saw in the video and learned about the lack of water in communities in Asia and Africa was eye-opening.

“I was really upset because they don’t have enough water to stay hydrated,” she said.

“They don’t have access to water, especially clean water, and your body needs a certain amount of water to keep you healthy,” Holmes said.

The mission of K Kids is a smaller-scale version of the Kiwanis International mission of helping others. Neuser said in addition to taking up the global issue of the Thirst Project, her students have partnered with The Arbors assisted living community to cultivate relationships with young people and older adults.

“They went caroling at The Arbors at Christmas, made them wreaths, sent cards and now they are making bookmarks,” Neuser said. “They also make cards for first responders. K Kids is really about showing appreciation.”

“They’re making a difference, and that’s what Kiwanis is all about,” Delisle said.