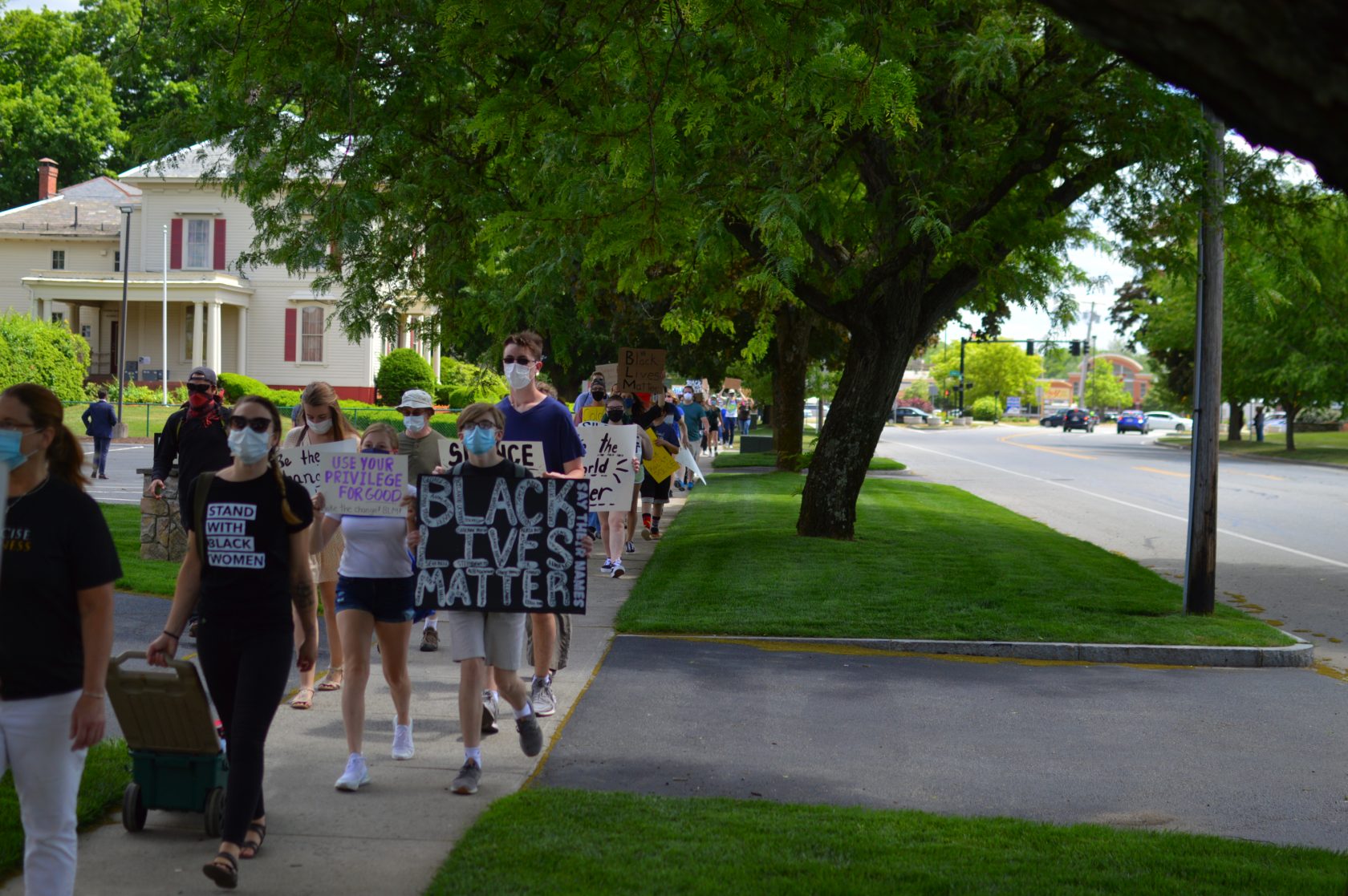 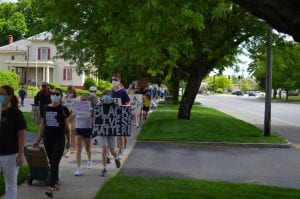 The line of protesters marches towards the Park Square Green along their route downtown on June 7. (PETER CURRIER PHOTO)

The June 8 march was organized by incoming high school ninth graders Allison Rehor and Riley McDonnell. Rehor and McDonnell declined to be interviewed, as they said they did not want the story to be about them, but the message of the protest itself.

It began at the Westfield Senior Center where demonstrators started a loop to walk past the Park Square Green and back to the senior center.

People chanted and held signs stating “Black Lives Matter,” as well as the names of black victims of police brutality, such as George Floyd, Breonna Taylor  and Eric Garner. Some signs held by protesters said “Defund the police,” a rallying cry that has risen to prominence in the aftermath of George Floyd’s death in Minneapolis. 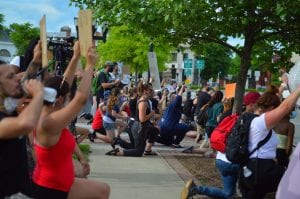 On June 4, hundreds of demonstrators gathered on the Park Square Green to protest racism and police brutality after the killing of George Floyd. (PETER CURRIER PHOTO)

The Minneapolis City Council voted on Sunday to pledge to dismantle the city’s police department with a veto-proof majority. They did not offer specifics on what that would look like or what would replace the police department.

As the marchers in Westfield walked around the established route, motorists honked their horns and held a fist in the air in support of the marchers. Onlookers watching from their homes along the route held similar signs to those of the protesters.

Almost every single protester was seen wearing a face mask amidst the COVID-19 pandemic. Social distancing was not observed much during the march, but due to people walking in a line on the sidewalk, there was little congregation between large groups of people.

Rehor and McDonnell’s protest is one of many that have taken place locally since civil unrest began across the country just after Memorial Day. In Southwick on May 31, dozens of students gathered in front of the First Congregational Church in support of Black Lives Matter.

In Westfield On June 4, hundreds gathered on the Park Square Green for the same cause. Every large protest in Westfield and Southwick thus far has remained peaceful. Police chiefs Kevin Bishop and Lawrence Valliere, of Southwick and Westfield respectively, both gave their support for the local protests and the message they are trying to send nationally.