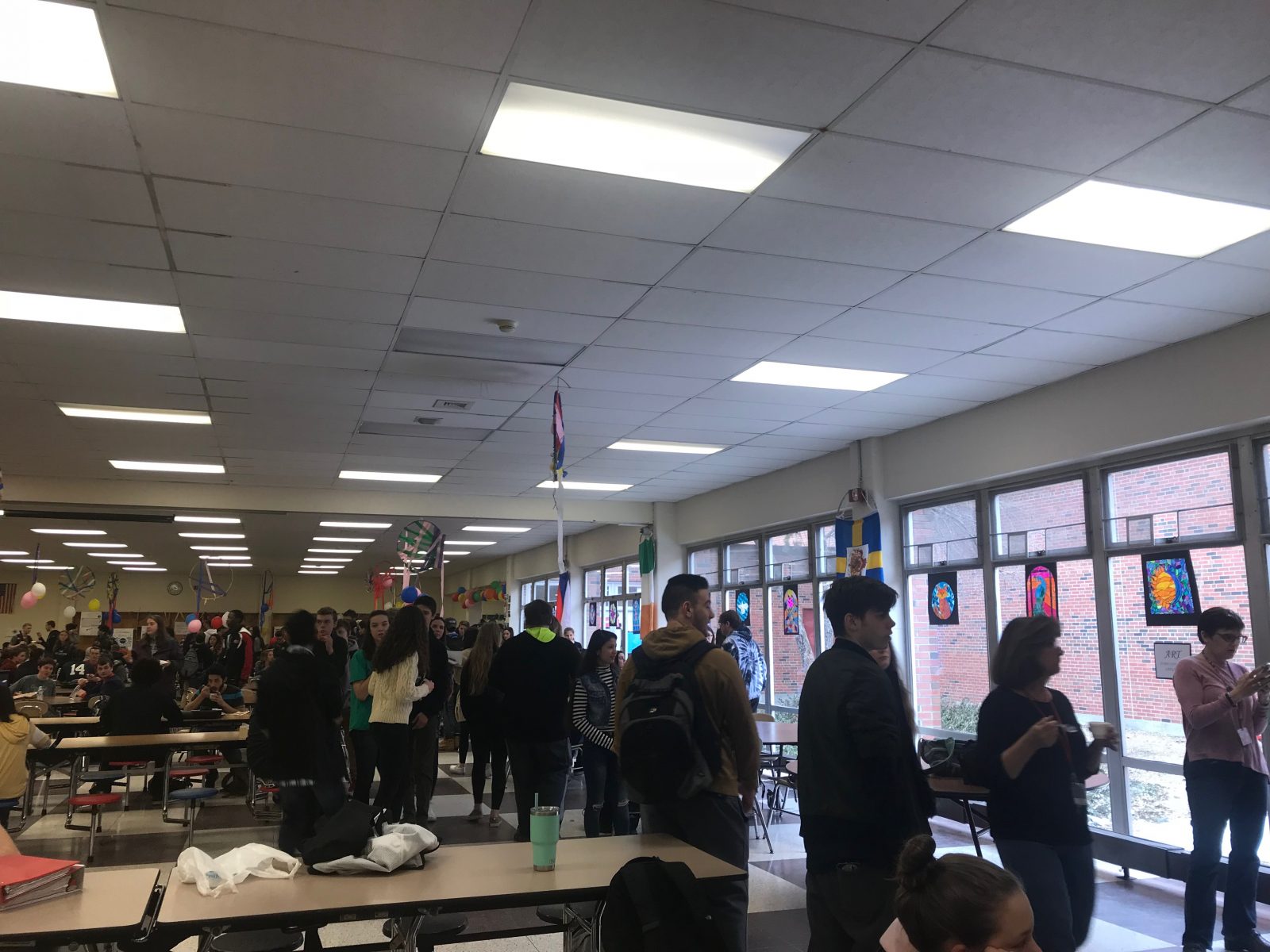 Hosted by the Foreign Language and English Language Learning Departments along with the music department, the festival’s purpose is to initiate cultural awareness and help students better understand the different nationalities. 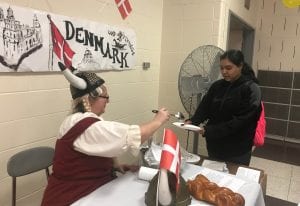 Helena Alves, a teacher at Westfield High School, is seen serving Danish food to a student, while sporting her Viking hat. (Photo by Greg Fitzpatrick)

According to Mary Ayer, a French teacher at Westfield High School and organizer, around 1,200 students took part in the festival that featured 28 different nationalities.

To showcase the nationalities the students were assigned, they dressed up their display table to represent their respective culture as well as had the opportunity to make food related to that nationality and serve it to their fellow students and the faculty.

Some of the nationalities that were represented included American, Polish, Danish, Brazilian, Saudi Arabian, and African, just to name a few.

“I love promoting all of the international flavors,” said Westfield High School teacher Helena Alves, who was also wearing a Viking hat to represent the country of Denmark. 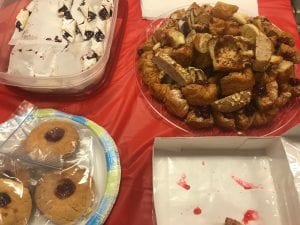 Polish food was one of the many options that was on display at the International Festival at Westfield High School on Friday. (Photo by Greg Fitzpatrick)

Katie Burzynski, a student who helped make Polish food, participated in last year’s festival and was glad to take part in it again.

Another student, Aidan Boyle, was assisting at the Brazilian table, and had positive remarks about the event.

“It’s very nice to see all of the cultures together,” said Boyle.

The international festival is a school-wide effort as 11 different departments in Westfield High School took part. Ayer sees the festival as a great opportunity for high school students to understand the importance of being aware of other cultures.

“This whole idea is to break the barriers and open up the possibilities,” said Ayer. 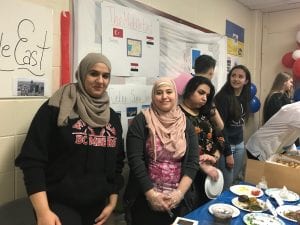 Westfield High School Principal Charles Jendrysik saw how much of a success the festival was last year and made it an easy decision to give permission to have it this year.

“We immediately knew this was something we wanted to continue,” said Jendrysik. “It’s really an outstanding opportunity for our students to experience the food and culture.”

Besides all of the food that was made by students from the different countries, Ayer added that Panera Bread made a big contribution. Panera Bread’s from Northampton, West Springfield, and Agawam were able to give Ayer pastries and bread for the festival.