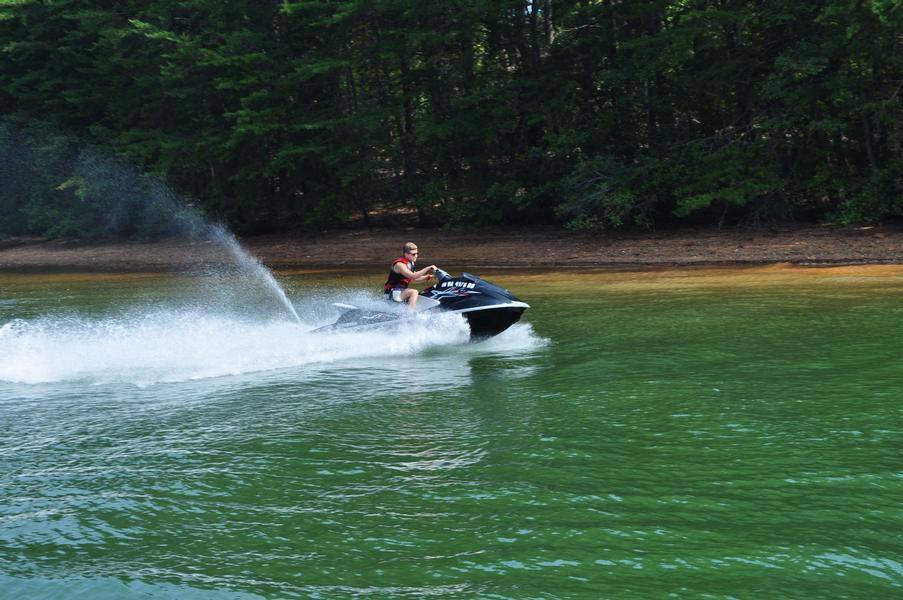 As a result of the bylaw being approved, Hill stated that the bylaw needs to be posted for five days until it can become official. Hill posted it on Friday March 8 and it became official on March 14.

Now that it’s official, Southwick Chief of Police Kevin Bishop, who is also the harbormaster for Congamond Lake, will be able to post signs around North Pond making people aware that personal watercraft are not allowed on North Pond. 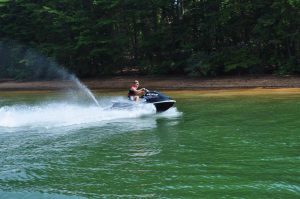 The bylaw for prohibiting personal watercraft on North Pond is official as of March 15, 2019. (WNG File Photo)

This bylaw, and the resolution of it, stems from the annual town meeting in May of 2018 where residents were set to vote on a warrant article that would ask the town to accept a Chapter 75 bylaw for personal watercraft use on the North Pond section of Congamond Lake. Voting in favor of that bylaw would allow personal watercraft on that body of water.

Once the floor was open during the meeting to discuss that article, Southwick residents Ken Plumlee and Paul Murphy made a motion to amend the Chapter 75 bylaw in order to prohibit the use of jet skis on North Pond. The amendment passed by the voting residents and a new bylaw was formed to not allow jet skis or any type of personal watercraft on North Pond.

After the amended bylaw was passed at the annual town meeting in May, Hill sent the bylaw to the Attorney General’s Office on June 1 for their approval, which then led to the request of other state agencies to review the bylaw.

The bylaw stems from May 18, 2017 when former Southwick Police Chief David Ricardi released a statement indicating that personal watercraft would be allowed on North Pond.

When receiving clarification from the Environmental Police, Ricardi was informed that a specific part of a lake has to be a minimum of 75 acres to allow jet skis on that body of water. Even though North Pond is 50 acres, Congamond Lake was determined as a “great pond” consisting of three basins connected by channels and jet skis would be allowed. The confusion to the actual ruling existed when the Lake Management Committee was told by the Massachusetts Department of Environmental Protection that you have to treat each of the three bodies of water on the lake separately.

It is important that people understand that the bylaw officially being passed means that no personal watercraft are allowed on North Pond at all. For questions about the bylaw, contact Lake Management Committee Chairman Dick Grannells at 413-569-6772 or harbormaster Kevin Bishop at 413-569-5348.