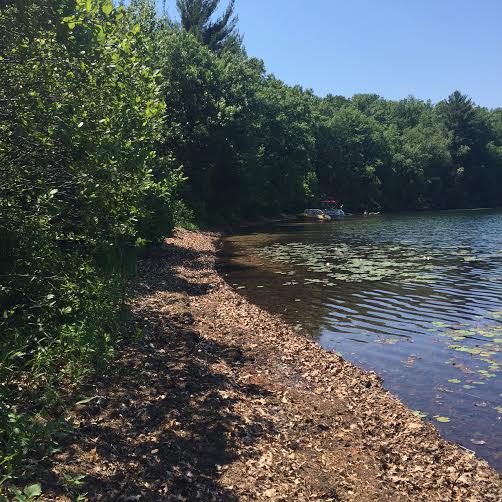 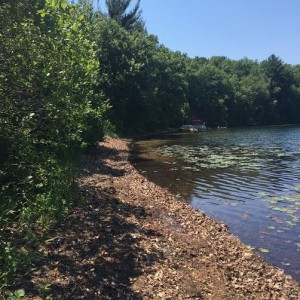 The shoreline of North Pond is part of the 146 acre property that the Franklin Land Trust is planning on purchasing. (WNG File Photo)

SOUTHWICK – Land around North Pond is another step closer to becoming preserved in perpetuity.

Christina Peterson from Massachusetts Fish & Game and Richard Hubbard, recently retired from Franklin Land Trust, met with the Select Board Tuesday to cross another item off the to-do list before closing on the property later this month.

The Board gave its approval of a conservation restriction, with the understanding that Peterson and Hubbard may be back to discuss two related topics.

One topic is the question of vandalism and dumping on the property and who is responsible for taking care of it. Peterson said she expects the town would be responsible for clean-up, however it becomes a bigger issue, then Fish & Game and the Trust would work with the town on cleaning and finding a solution for prevention.

Another topic Peterson said needed some more discussion was a potential structure the town may want to have in the waterway corridor. Board members were not aware of any structure and Conservation Coordinator Dennis Clark speculated it could be for fire hydrants, which Conservation Committee member Marcus Phelps said the state was in favor of because it would come in handy during planned burns on conservation land there.

Fire Chief Russ Anderson was not aware of the hydrants or structure and said having it there “can’t hurt.”

Hubbard said he believed once the closing takes place, there would be a volunteer effort organized to clean the land.