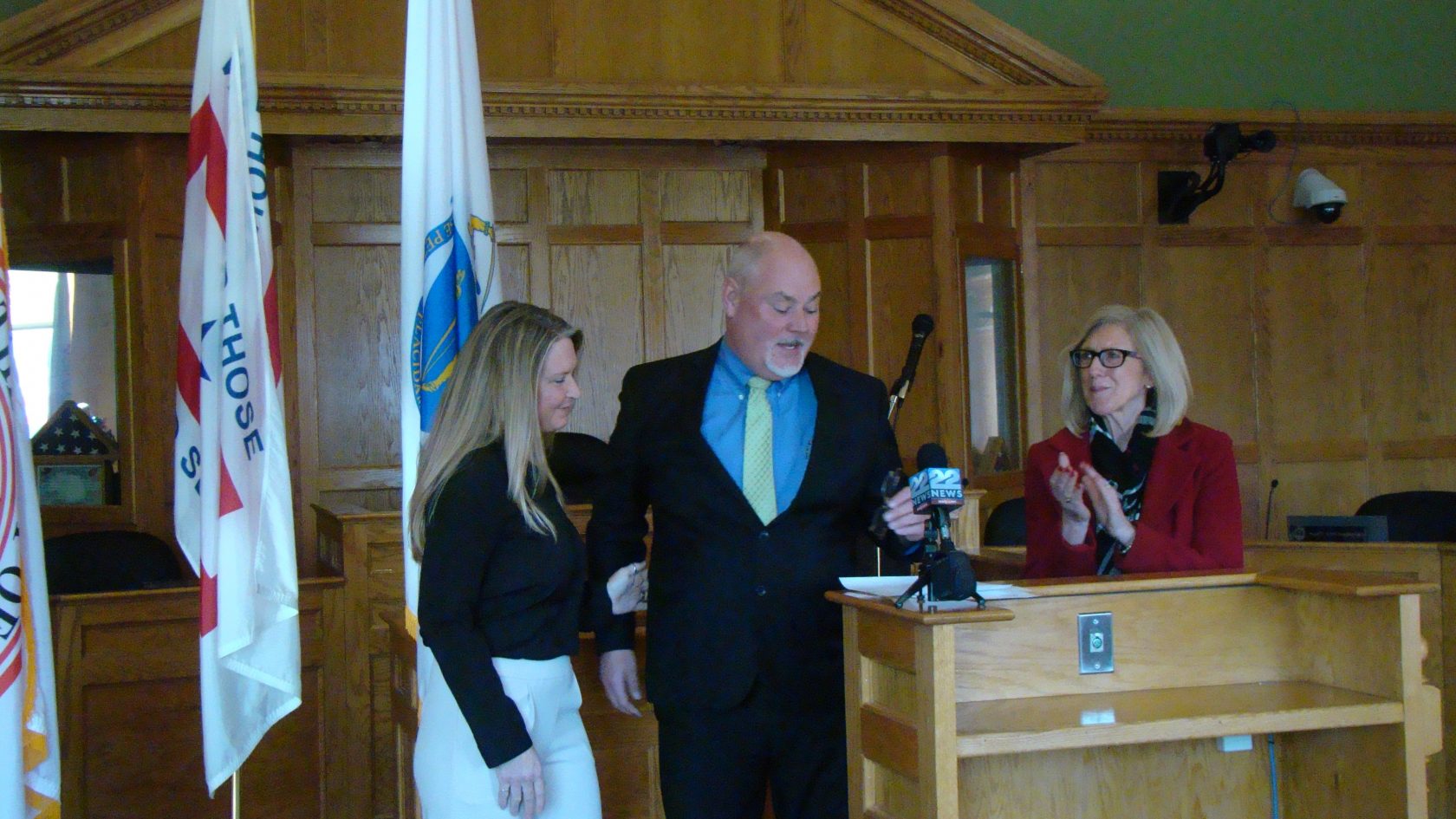 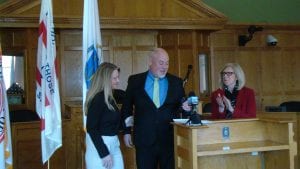 Mayor Brian P. Sullivan made the announcement that he would not be seeking a third term in City Council chambers on Wed. afternoon, surrounded by his partner Sonia Brockney and campaign manager Lisa McMahon. (Photo by Amy Porter)

WESTFIELD – Mayor Brian P. Sullivan held a news briefing at City Hall on Wednesday afternoon, to announce that he would not be seeking a third term as Mayor of the City of Westfield.
Sullivan, who was surrounded by his parents, brothers Bo and Rick, his girl friend Sonia Brockney and former campaign manager Lisa McMahon, said his decision came “with mixed emotion, and zero hesitation.” He referred to his record of running in eleven elections in the city, including for consecutive terms as Mayor, City Councilor and School Committee member, and serving a total of 22 years in public office.
“I made a promise (to run) until my attitude changed or I lost an election. I haven’t lost an election,” Sullivan said. However, he conceded, his goals and desires have changed.
Sullivan said he feels the time is right to leave after four successful years and his many accomplishments as Mayor. He cited balancing every budget, successful negotiations with employees, a record setting roads program, identifying a new elementary school location with the support of the Massachusetts School Building Authority, and new business growth.
Mostly, Sullivan gave credit to the city department heads, who he said are better than ever, and who get to manage some of the best employees ever. He also said he was blessed to work with a “new” superintendent in Stefan Czaporowski, who started with him. He said they have been able to accomplish a lot together, since the mayor also serves as the chair of the School Committee.
Sullivan thanked the members of his own department, listing all of the employees that work under him, with a special thanks to his assistant Leanne Cloutier, calling them some of the best people ever. “I thank them from the bottom of my heart,” he said.
Looking forward, Sullivan said he has eleven months to finish his goals, and that a lot is happening during that time. He wants to finish the Columbia Greenway Rail Trail, begun under his brother, Rick Sullivan, during his tenure as Mayor of Westfield.
Other goals are to permit and build the north side Industrial Park; complete the feasibility study for a new school at Franklin Avenue; and build a fourth balanced budget. 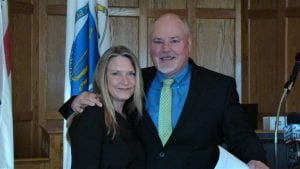 Another goal is to celebrate a new baseball league in Westfield, which he calls a “baseball city.” He said the lease for the Futures League to play at Billy Bullen’s Field will be signed next week.  Sullivan’s son Chris, who is a senior at the University of Hartford, was just named captain of the Division One baseball team at the school.  Sullivan also has a daughter, Tori, who is a corrections officer in Hampden County.
He is also looking forward to heading the parade for the 350th celebration of the City of Westfield in May. “We are going to have a party,” he said.

Sullivan said people don’t usually walk away from a job like this without a plan, and he said he has yet to write his next chapter. But, he added, it is one that he will write himself.
Before closing, Sullivan thanked his parents; his brothers Bo, Rick and Kevin, who he said were all present for the announcement; and his “better half” Sonia. “This is the group that got me here,” he said. He also thanked Lisa McMahon, who was standing with him during the announcement, and who he said willingly became his campaign manager three years ago.
Later, McMahon said she was proud of the way Brian handled the announcement, and the office. “He is very honest, thoughtful and genuine, and committed to the things he wants to finish,” McMahon said, adding that he was also thoughtful for the people who may want to step up, which is why he made the announcement at this time. “Because he loves Westfield,” she said. 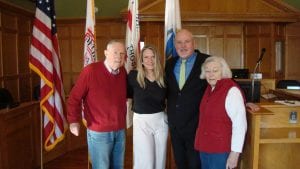 Mayor Brian P. Sullivan with his parents, Dick and Edie Sullivan and Sonia Brockney following his announcement on Wednesday. (Photo by Amy Porter)

“We’re very proud of him, extremely proud. He has a lot of integrity,” added Sonia, who called herself Brian’s “partner in crime.”
At the end of the briefing, Sullivan thanked all of the citizens of Westfield. He said there were multiple pictures of him hanging on the walls as a member of the City Council, School Committee, and as Mayor. He said only his brother Rick Sullivan and Daniel Knapik before him served all three roles. “I am forever grateful for that opportunity,” Sullivan said.