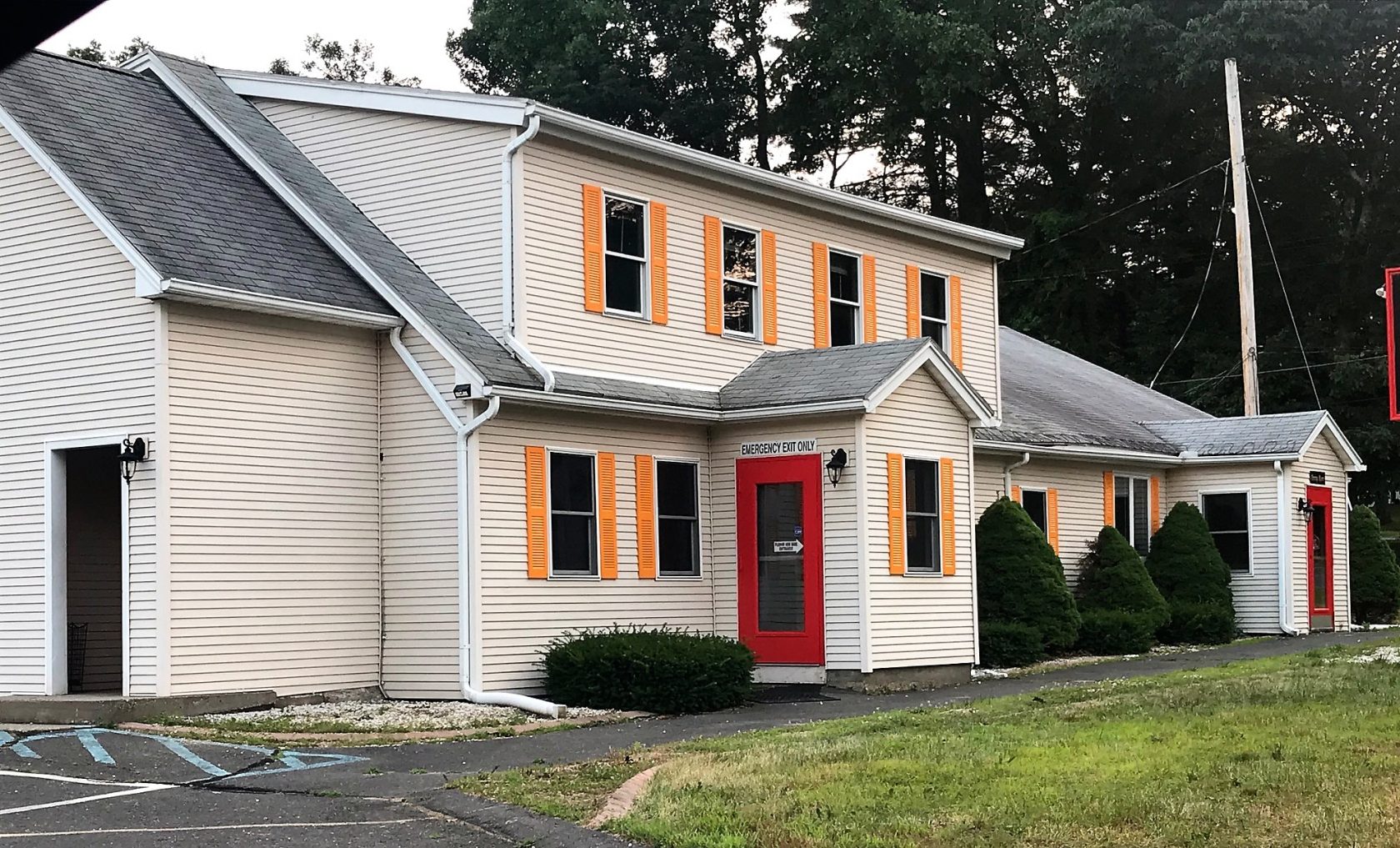 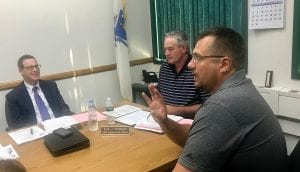 Arturs Ribinskas, at right, owner of Crepes Tea House, speaks to the Southwick Select Board July 10, 2019 about his new restaurant on Feeding Hills Road. (Photo by Hope E. Tremblay)

SOUTHWICK – Crepes Tea House is rolling through the approval process and hopes to have a soft opening at its Feeding Hills Road location before summer ends.

Owner Arturs Ribinskas received unanimous approval Wednesday for a Common Victualler’s License from the Southwick Select Board, including an entertainment license for a jukebox, televisions and live music.

“It will be background music, not a concert,” Ribinskas assured the Board.

Ribinskas owns Crepes Tea House in West Springfield and said he and his business partner wanted to expand to Southwick and make the restaurant “a destination.”

“We want to bring Eastern European food to Southwick,” he said, noting he is from Lithuania. “It will be the same menu as our West Springfield location.”

Crepes Tea House offers a variety of crepes and Eastern European specialties. And, of course, tea. 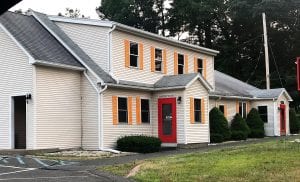 Owners of Crepes Tea House have been working at their new location at 157 Feeding Hills Road, Southwick and plan to open before summer’s end. (Photo by Hope E. Tremblay)

New to the Southwick location is a liquor license, which came with the sale of the building, which was most recently D’Georgio’s and was the Brew Too prior to that.

Ribinskas said he did not plan to get into the bar business and will introduce Eastern European liquors and tea cocktails to the menu.

“We don’t have liquor in West Springfield, so this will be new,” he told the Board. “I have someone helping educate me.”

The menu includes breakfast, lunch and dinner, with a focus on crepes. Both savory and sweet crepes top the menu. Sweet crepe fillings include warm honey, puffy cream cheese, farm cheese and peanut butter, among others. Fruit toppings can be added. Savory fillings such as beef, pork, spicy chicken and a variety of vegetables are offered with sauces that include a brown nut sauce, white or red mushroom sauce and house hot sauce.

Ribinskas said they use fresh, local ingredients as much as possible and make everything the old-fashioned way.

“We get milk from a farm in Russell and we make our own farm cheese – we don’t buy pre-made food,” he said. “We make it homemade.”

Ribinskas said the atmosphere of Crepes Tea House is just as important as the food.

“It’s a place where people gather and talk,” he said. “Especially young people who don’t want to party or hang out at McDonald’s.”

Ribinskas said Crepes has a large group of young people from Westfield who talk and drink tea there regularly. He works with the schools and often has student musicians perform as well as a piano player. Ribinskas stressed the music would be indoors only and would serve as background.

The Southwick Crepes Tea House hours of operation will be similar to the West Springfield location, which is 7 a.m. – 11 p.m. Sunday – Thursday, and 7 a.m. – 1 a.m. Friday and Saturday.

Ribinskas said inspectors are scheduled over the next week and a hearing for a special permit is scheduled for next Tuesday.

“We have enjoyed talking to people in Southwick and the town has been good to work with,” he said. “We want to open as soon as possible.”