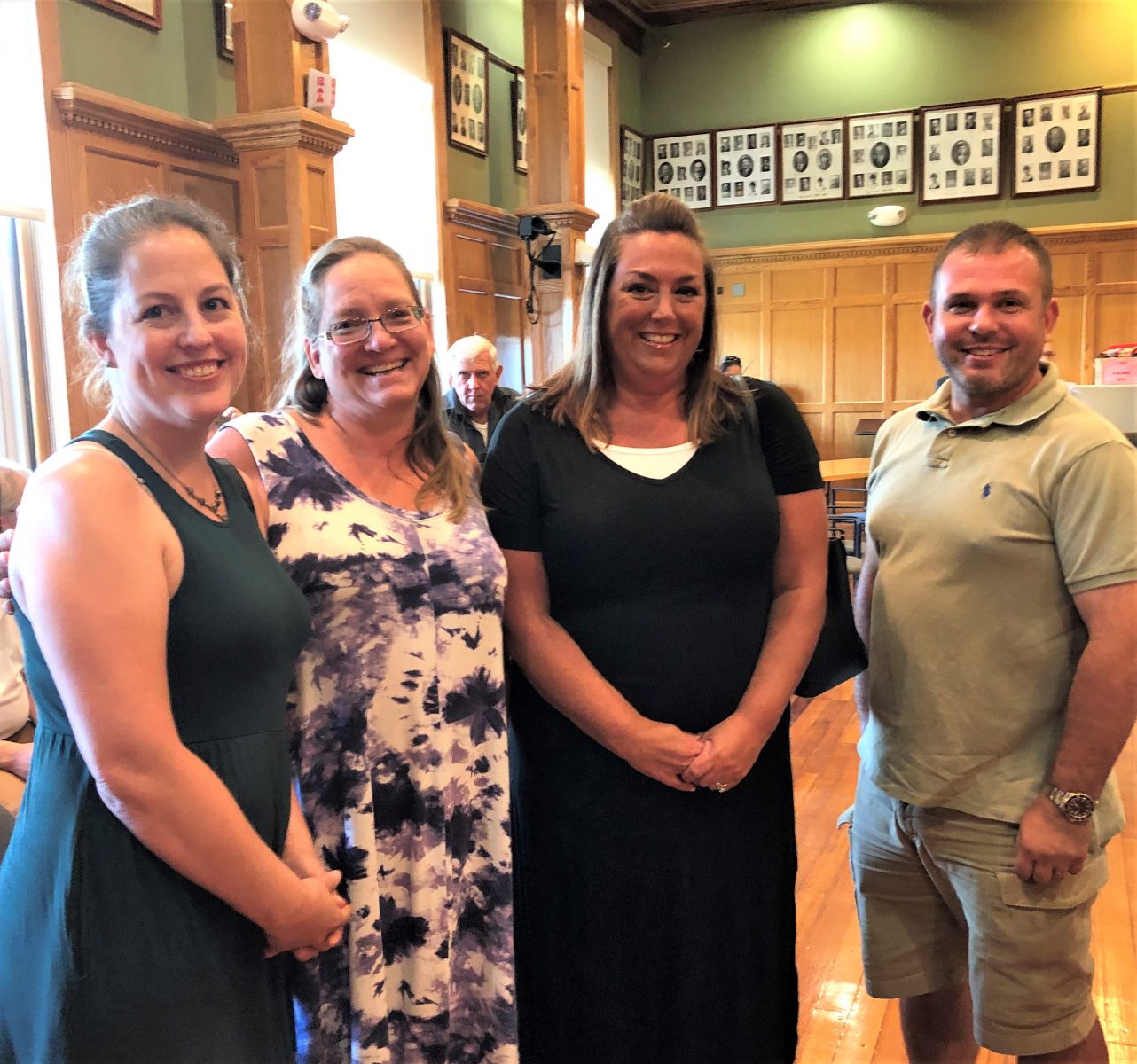 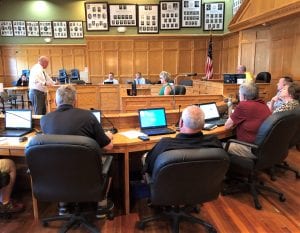 WESTFIELD – A Special City Council meeting on Monday with only two items on the agenda –the mayor’s budget and CPA funding for Abner Gibbs — had its fair share of tension before the Council referred the budget to sub-committee, and unanimously approved funding for the elementary school playground equipment.
Mayor Brian P. Sullivan and City Auditor Christopher Caputo were in attendance at the meeting, and said they were ready to answer questions, if needed, regarding $700,000 the mayor was asking the City Council to restore from budget cuts.
Finance Committee Chair Brent B. Bean, II, made a motion to refer the mayor’s budget revisions to finance. He said he was adding a meeting on Aug. 13 at 6 p.m., in addition to the one already scheduled for Aug. 15 at 6 p.m., prior to the next regularly scheduled City Council meeting, in order to be able to have a full discussion.
At-large Councilor Dave Flaherty asked whether he could ask the mayor and auditor some questions, prior to making two motions of his own. Some confusion ensued, while Council President Ralph J. Figy and Bean discussed with Flaherty whether the questions would be more appropriate in sub-committee.
Sullivan said he and Caputo would be willing to answer questions, but he wasn’t sure of the process. “I never know which rules we’re using,” Sullivan said.
Flaherty amended the motion on the floor, asking that the pension and health care items be referred to long-range finance, which he chairs, and the other items to the finance committee.

“I was trying to give you the opportunity to hear my rationale,” Flaherty said.

The $250,000 cut to the retirement account, and the $271,000 cut to health insurance made up the bulk of the funding Sullivan was seeking to restore.
Ward 3 Councilor Andrew K. Surprise stated that he was against referring the budget to sub-committee, arguing that if the budget was restored close to the original 2.5 percent increase, the city would only be $6 million away from the levy ceiling.

“I would like to avoid getting to the point where we’re hitting the levy ceiling,” he said, adding that was the reason for the $1.02 million in cuts made during the budget review.
At-large Councilor Matthew Emmershy also objected, stating that the city is running regularly with $5 million in free cash. He said as Councilor Surprise mentioned, they sat there for nine hours during the budget review. “Now we’re coming back. We’re going to completely redo this budget,” he said.
Flaherty attempted to persuade the councilors to refer the items, and fight about them later.

“The mayor has the right any time to ask for more money,” he said. “There’s no emergency need – we have plenty of time, and flexibility in spending. We have to get this into committee. If we kill it, It won’t help,” Flaherty said.
Bean repeated that the finance committee would meet and do its due diligence on Aug. 13. He said councilors in attendance would be able to ask questions of fact, but not deliberate, in order to be in compliance with the Open Meeting Law, adding that Flaherty had filed an OML complaint against the committee for being too open.
Bean also said real people are tied to the cuts that were made by the councilors.

“I know people don’t care, because November’s coming,” he said.
“I completely reject what you’re saying,” Surprise responded to Bean, adding that Emmershy had a legitimate reason for every cut he made. “Our job is to ask the tough questions,” he said, noting that Bean as chair of finance was absent for the budget review.

“Fair enough,” Bean responded.
Emmershy said that not a single cut was made below fiscal year 2019 salaries. “We cut increases in salary,” he said.
Figy said there are certain financing laws which needed to be addressed.
Flaherty said there are legitimate reasons for why they’re asking for these seemingly small numbers.
Ward 6 Councilor William Onyski asked Flaherty how many times long-range finance had met this year, to which Flaherty responded, “None.” Onyski continued saying, “Then why not give it to finance who meets regularly.”
At this point, Sullivan asked to speak. “My job here is to restore what was cut that statutorily couldn’t be done,” he said, noting for example that his salary, which is set by statute, was cut.
Sullivan also said the City Council does not get to negotiate contracts.

“That is the job of the Executive Branch. Cut it when you can, that’s your job. Cut it when you can’t, that’s my job,” he said, adding, “That’s all I’m looking to do, is to get the right story out there.”
A roll call vote was taken on the amendment to send the pension and health insurance to the long-range finance committee. The motion failed. A motion was then made and passed to send the budget to the finance committee.
The mayor requested that the finance committee meetings be held in the City Council chambers, and be broadcast on Channel 15. He said he would bring department heads with him to the meeting. 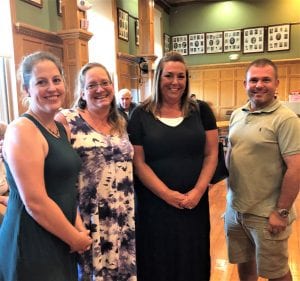 Figy then made a motion for approval of the CPA funding of $10,000 for Abner Gibbs playground equipment. He said Councilor Emmershy had worked on getting the CPA funding for the playground, which he had also been involved in getting for the school. Figy said it had been 20 ears since he had put a shovel in the ground at the school when the  playground equipment went in.
At-large Councilor Dan Allie made a motion for immediate consideration.
“I’d like to thank the two councilors for all their hard work on this,” said At-large Councilor John J. Beltrandi, III.
The motion passed unanimously, to the delight of Abner Gibbs Principal Stacy Burgess, PTO President Janet Gebelt and Vice President Chrissy McDaniel.
“Now that the money’s been appropriated, we can move forward with ordering equipment,” Burgess said, adding that October was a realistic deadline for the playground to be ready.
“We’re looking forward to it. The kids are going to be very excited,” Burgess said.