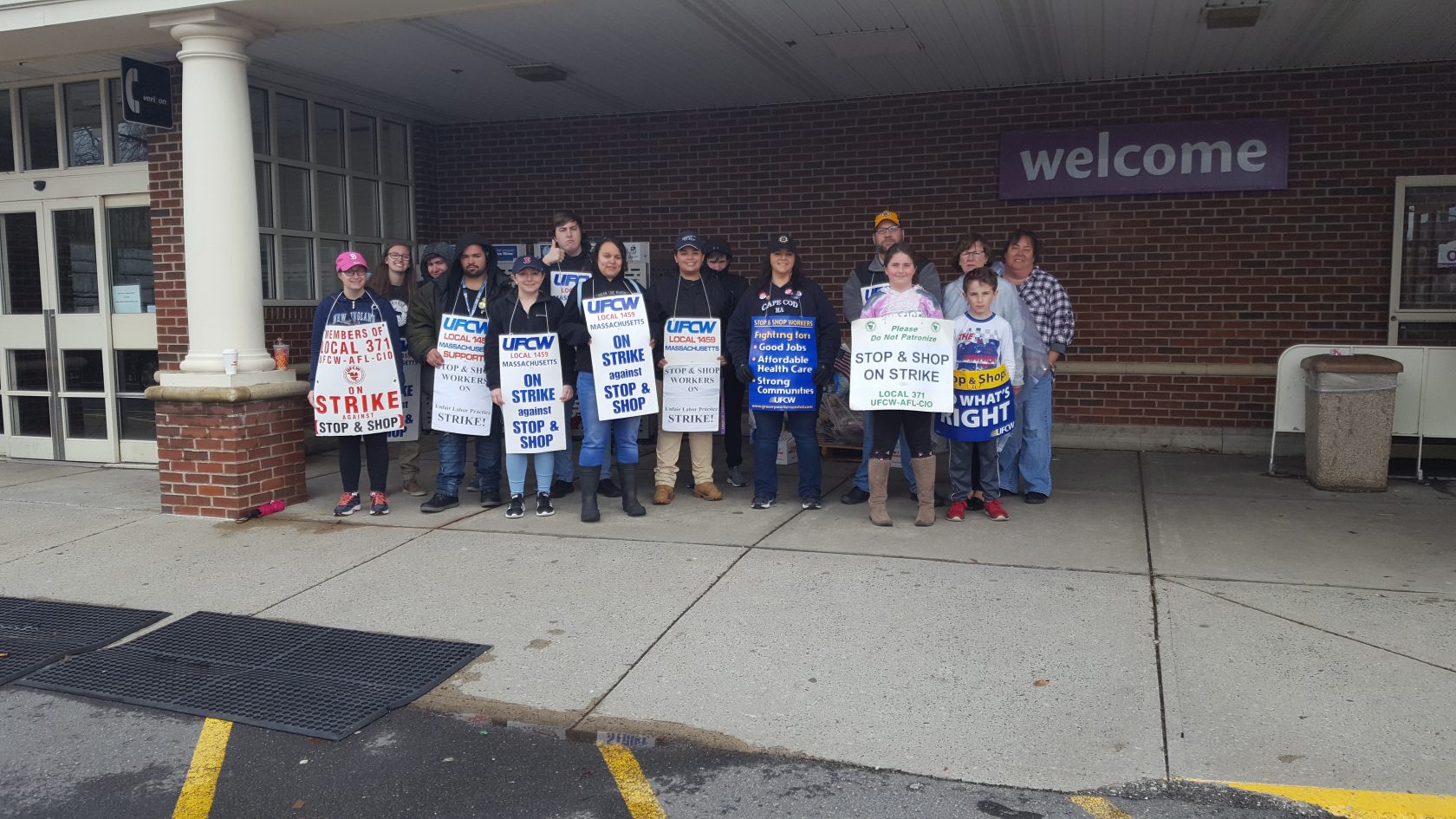 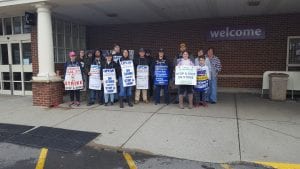 Employees seen last Monday during what would have been their normal working hours. Instead they were outside the store striking for what they say is to keep their benefits. (Photo by Peter Currier)

WESTFIELD- A tentative agreement was reached Sunday in the negotiations between the grocery chain Stop and Shop and the five United Food and Commercial Workers (UFCW) local unions who went on strike more than a week ago.

The agreement comes 10 days after Stop and Shop employees suddenly walked out of their jobs and joined a picket line outside of their stores. Around 31,000 employees were on strike in all of the Stop and Shop locations in New England, including the 150 employees that work in the Westfield locations. The five unions that went on strike were UFCW Locals 328, 371, 919, 1445 and 1459.

In a statement from Stop and Shop, they said the agreement kept at least some of the benefits that employees feared they would lose in the first place. These include a continuation of health coverage for eligible employees, ongoing pension benefits for all eligible employees, and an increase in pay for all associates.

UFCW 1459 posted an update on their website in which they requested all associates within their union arrive at their stores Monday morning with the intent of running their normal shift and not striking. They also noted that monetary benefits to compensate union members who were on strike would be coming soon.

The tentative agreement is to last three-years, and is subject to a vote from within each of the five unions to ratify the contract.

“In the meantime, be proud of what you have accomplished on the line, thank your friends, neighbors and customers who signed petitions, brought food, and shared your message with the world. And most importantly, thank your union family who stood through bad weather and tough times, to hold the line with you,” said the union statement, “The message you sent by collectively standing up for yourselves, your families, and for good jobs, has resonated not only with the company, but all of America. Thank you for everything that you’ve done.” 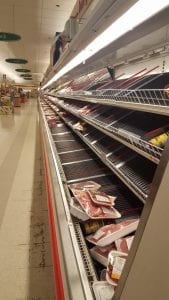 Seen last Monday, the stock of meats in the store dwindled as there were no new deliveries coming in. Much of the food in this image has since passed its sell-by date, which in most cases was April 16th. (Photo by Peter Currier)

In the 10 days between the beginning of the strike and the Easter Sunday agreement there were no deliveries to at least the Westfield location to restock the store. The shelves remained unstocked and relatively cluttered. Meat, produce, and other perishable goods slowly saw their expiration dates come and go. At first, in the chaotic first moments of the strike, customers were not allowed in the stores at all unless it was to go to the pharmacy inside. Even then, managers were allowing just one customer inside the store at a time to use the pharmacy.

“Our associates’ top priority will be restocking our stores so we can return to taking care of our customers and communities and providing them with the service they deserve,” the Stop and shop statement continued, “We deeply appreciate the patience and understanding of our customers during this time, and we look forward to welcoming them back to Stop & Shop.”

Customers were eventually allowed inside to shop for whatever food was left, but there were no associates to assist them or operate the cash registers. Instead, one had to use the self-checkout machines to purchase their groceries.

Throughout the strike, associates standing outside the store held picket signs and petitions for people to sign in support of them. Some people, not yet realizing that a strike had happened, gladly signed the petition before leaving to shop elsewhere. Others, frustrated by their inability to go into the store, hurled insults towards the picket line. The employees on the line showed up and stayed for the duration of what their normal working hours would have been.