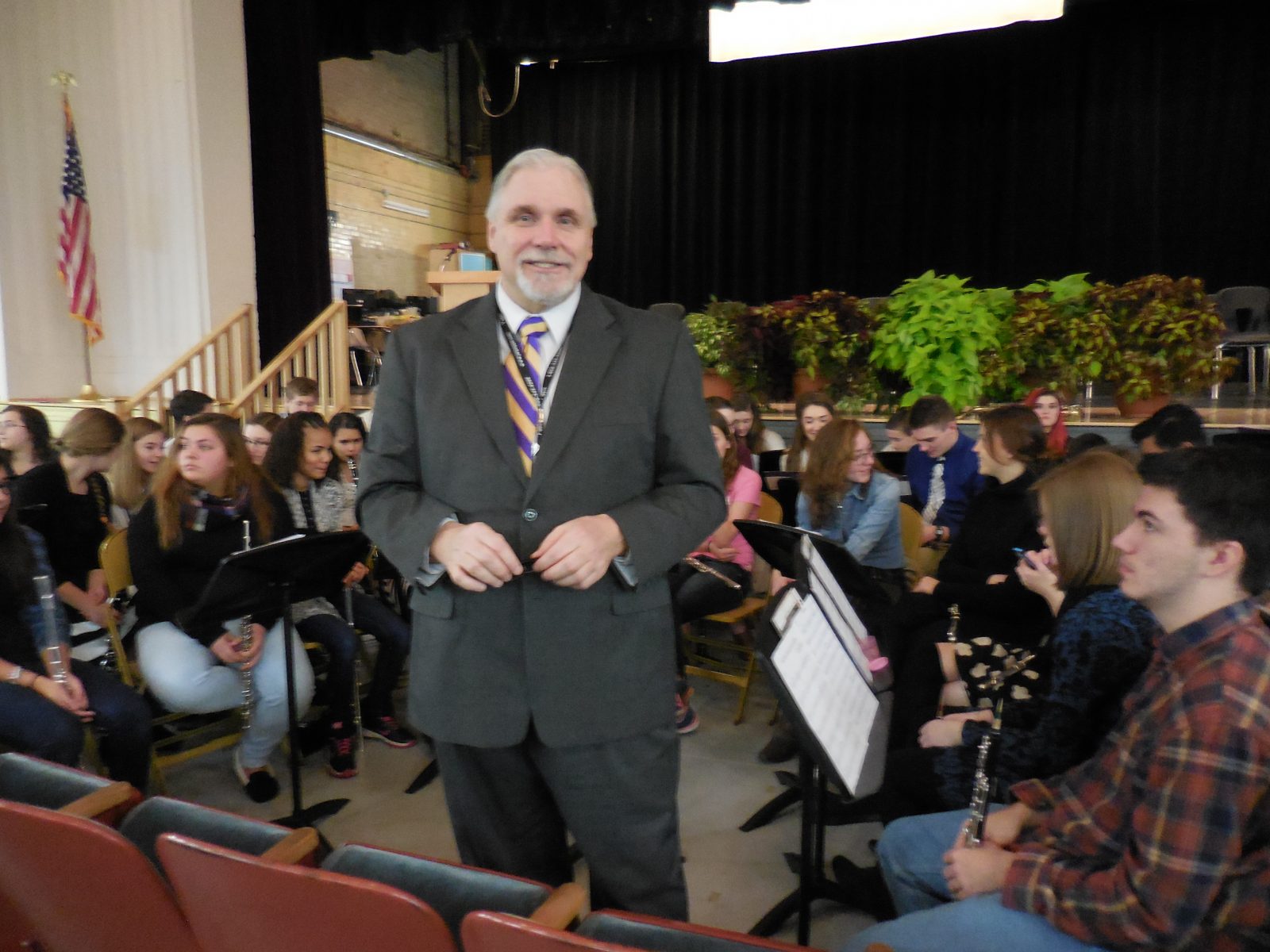 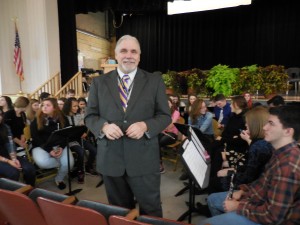 WESTFIELD – During public participation at the June 10 meeting, School Committee secretary Cindy Sullivan reported that she had received nine more emails regarding the school budget cuts, bringing the total number of emails received from the community to 150.

Sullivan apologized to Westfield High School and Westfield Technical Academy Band Director Patrick Kennedy, who had sent in an email for the June 1 meeting, and whose name she failed to read into the record. On Thursday, she read his letter, which began with his introduction as a lifelong resident of Westfield.

“A graduate of Westfield High School (class of 1980), I furthered my education at Westfield State and have proudly served as your Westfield High School Band Director since the fall of 1997. Thanks to the support and encouragement of then-principal Stefan Czaporowski, I’ve been fortunate to expand instrumental music study to Westfield Technical Academy. Our band program in both schools has received tremendous support from city and school administration, building principals, faculty and the community over these past 20+ years and I am thankful for that support. I am also thankful to all of you on the school committee. I’ve come to know many of you over the years and realize that you always put kids first when difficult decisions need to be made. We are fortunate that their education is in your hands.”

Kennedy said he was writing to urge the School Committee not to allow the fourth grade elementary band program and the general music position at the Intermediate School to be cut from the Westfield Public Schools. “The success of our high school program depends entirely on a strong elementary band program,” he said, adding that the music program seemed to be bearing the brunt of the recently proposed cuts at a 23% reduction to the city wide music faculty.

“I can say without reservation that our current music department consists of the most caring, empathetic, nurturing and professional music educators that I have had the honor to work with in my entire 32 year career. A great mix of young talent and veteran wisdom bringing a unified musical education to every school in our system,” Kennedy said.

Kennedy noted that Westfield schools have offered elementary band to thousands of Westfield youth since 1948. “This program begins a journey that creates stronger academic students who become even more engaged in their learning in all subject matter. It creates more confident students that learn to collaborate with others. This program teaches students at a young age about responsibility and the benefits of hard work. It gives the opportunity for students from all ranges of the academic spectrum to experience the power and joy of creating music together in a nurturing environment. As these students progress into the next levels it gives them an identity and a peer group that they know that they can count (on) as they move into larger, often intimidating school buildings and for some, a scarier environment. It gives kids a safe space in school and a program that encourages civic and social responsibility, It creates successful musicians yet it also creates successful artists, business people, engineers, teachers, doctors, nurses, military personnel, scientists, politicians, lawyers, athletes, poets and the list goes on and on. It creates humanity.

“It is hard to believe that just over a year ago that Westfield came together to celebrate our 350th anniversary. As I marched down Western Avenue and Court Street on May 19 with the combined WHS Band and WHS Alumni Band, I couldn’t help but notice that–regardless of political views, socioeconomic position, race, color or creed–we were a united Westfield and we were Westfield Strong. On that day, who among us could have envisioned the dark cloud that we are under today,” Kennedy continued, adding, “We will get through this pandemic and this budget crisis together. I humbly ask that you make every effort to ensure that our Westfield Public School Music Program weathers the storm too.”

As if to give a real-life illustration to Kennedy’s points, Sullivan also read a letter from former Westfield resident and band member Wayde D.H. Dazelle, who graduated from Westfield High School in 2012, and currently resides in Washington, D.C., where he is a student doctor at George Washington University School of Medicine and Health Sciences. Dazelle also urged the School Committee not to cut the band program.

“I would not be the man I am today without my experiences in the Music Department at Westfield High School. I am perhaps one of the most unlikely M.D. candidates that the George Washington University School of Medicine and Health Sciences has ever seen. I went through middle school and high school largely as a C and D student. I lacked direction, I lacked motivation, and I lacked purpose. My father was taken away from me just days after my 11th birthday. My mother had breast cancer and then lost her job shortly thereafter. If you asked my teachers and my guidance counselors where I would end up after high school, all but one would have told you, `I don’t know, but nowhere good.’ Patrick Kennedy in the Music Department at Westfield High School might have been the only individual that ever genuinely believed in me,” Dazelle wrote.

“I owe my life and its achievements to the Arts at Westfield High School. Music taught me not only how to learn, but how to love learning. The Arts gave me a pathway to a college education. They also helped me pay for it, as my mother died after my first year at school, requiring that I find some way to monetize my skillset if I wanted to complete my education with a roof over my head and food in my belly. The Arts taught me to dream and to dedicate myself to that dream. They taught me to innovate and push the boundaries of what is possible for one individual to create. They taught me to imagine something bigger than myself and to collaborate with others to make it a reality. In short, the Arts provided me with the experience, motivation, and perspective necessary to thrive in today’s healthcare system. That’s right – there are more ways than just one to become a doctor.

“Because of my experiences in the Arts in the Westfield Public School System, I have gone on to achieve some remarkable things. I have worked in Uganda for six years now, first working on HIV/AIDS prevention with sex workers and peer support systems for former child soldiers, and later starting a child sex-trafficking prevention program. I have worked in Haiti for four years, developing women’s sexual and reproductive health programming and becoming the Director of Education for a major safety net public health system for the city of Leogane. I pursued graduate health economics training and went on to work for the World Bank in Lesotho, Malawi, Mozambique, and Zambia to develop economic evaluations of tuberculosis programming. I have proposed food scarcity programming to alleviate iron deficiency anemia plaguing children from high altitude communities in Peru. I am the chief economist for a maternal-fetal medicine group in DC looking for innovative ways to combat America’s growing maternal mortality crisis. Finally, I am a medical student at George Washington University within the highly competitive community and urban health program, where I participate as a volunteer for breast cancer screening, prison health, sex worker health, and COVID-19 testing programs.

“Without my experiences in the Arts, none of this would have been possible. No one would have given me the benefit of the doubt,” Dazelle said.

Dazelle said when he hears that Westfield is considering cuts to the arts, he imagines every child who, like himself, will only find success in an environment (that) embraces and nurtures their creativity. “Cuts to the Arts threaten those children. Cuts to the Arts limit the possibilities before them. Cuts to the Arts threaten the lives that those children might then go on to change. Cuts to the Arts amplify the gap between the haves and the have-nots, as not all children can thrive in an environment where they are expected to sit at a desk for hours on end and be lectured at the entire day. While stationary, desk-based learning works for some, others like me cannot be successful in a system based on educational principles inherited from the industrial revolution. Our contributions to society are no less valuable. There are children whose dreams we risk with these austerity measures. Are you willing to risk sacrificing their success,” he wrote.

Finally, Dazelle asked the School Committee not to make the mistake of believing that the Arts are superfluous, that they are an amenity to be enjoyed in the course of pursuing a real education. “Because for some like myself, the Arts are the only real education that they will ever truly receive. I owe my career as an economist and the lives that I save as a doctor to the Arts at Westfield High School.”