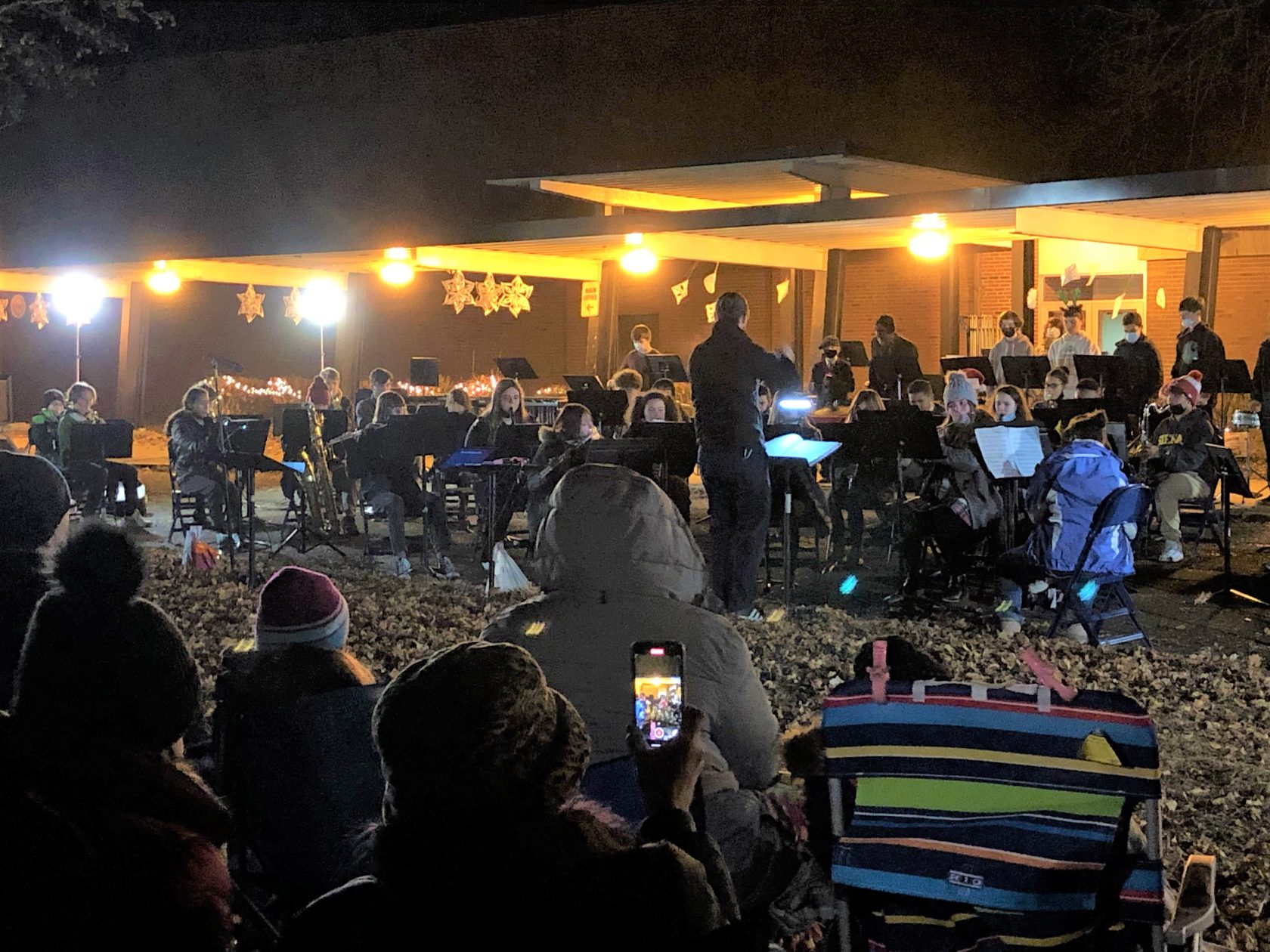 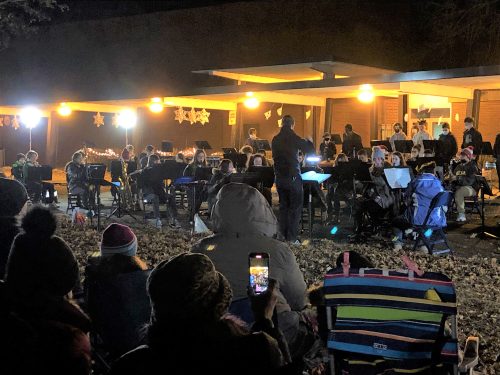 The WMS WInter Concert was held outdoors at the school on Dec. 1. (AMY PORTER/THE WESTFIELD NEWS)

WESTFIELD — When it looked like rising COVID-19 numbers might interfere with plans to hold their holiday concert, Westfield Middle School Band Director Ryan Emken put several alternatives to the student band members for a vote. They could livestream their concert with no audience, record it for family and friends, or play a concert live outside on the front lawn of the school.

The students were excited to play for an audience, Emken said, and voted to “tough it out” outdoors. The eighth graders had played outdoors before, because the school has a tradition of holding its spring concert outside, dating back to Gene Bartley, who was the band director there when Emken was a student in the early 2000s. The seventh graders, who had not participated in an outdoor concert before, unanimously voted for it. 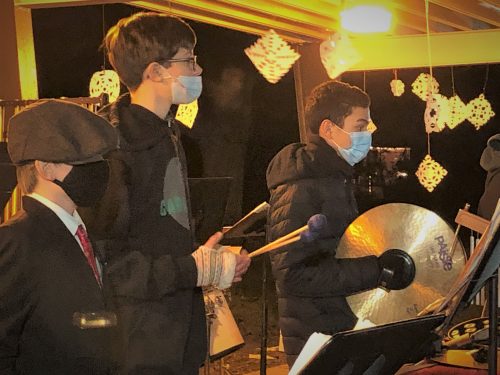 With the addition of fingerless gloves donated by Emken — who said he thought if they ever needed to play outside again, they would have them — and hand warmers donated by the PTO, the seventh and eighth grade concert was held outdoors on a chilly Dec. 1 evening.

“I’m really happy the kids were able to perform for a live audience, and have some kind of normalcy,” Emken said afterwards, adding that while it wasn’t under the best conditions, they pulled it off with only a week and a half notice, and did a great job. 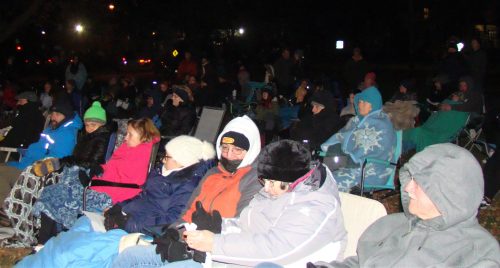 He said it was a community-wide effort. Principal Jessica Kennedy and vice principals Peter Lurgio and Karoline Kells offered their full support and assistance, and were on hand during the concert.

Choral Director David Gomes spent the day of the concert helping with sound. Emken said Gomes has been an incredible partner during the four years he’s been at the school: “One of the kindest people I know,” he said.

Elm Electric donated nine LED work lights to surround the band and concession tables, where the PTO set up hot chocolate, and band parents put on a bake sale for donations for the band. 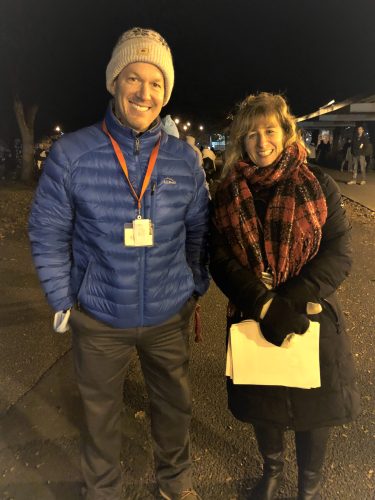 Other teachers made paper snowflakes and students from Generation Leadership hung them outside for decorations. Twenty-seven band kids stayed after school to move equipment and chairs into place for the evening concert.

Emken said the band parents were amazing, as were the PTO, cafeteria staff, all of the administrative staff, and the custodial staff who met with him on Monday night.

“It’s wonderful. It’s what the kids wanted to do,” said Jess Kennedy, who brought her daughter Charlotte to the concert.

“I’m just so grateful for working in this district and having the support that we have, to keep everything fluent from grade level to grade level to let everyone know that we’re committed to music,” Emken said, adding, “It came out pretty darn good.” 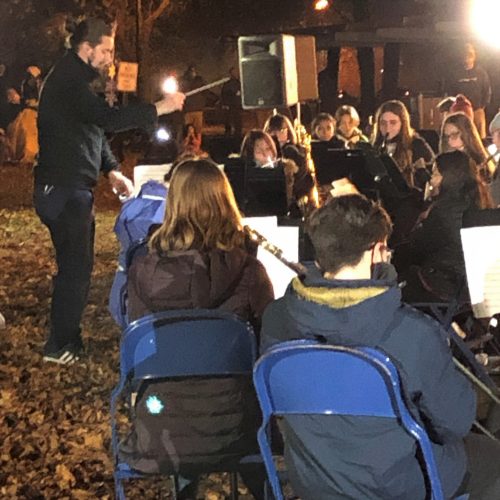