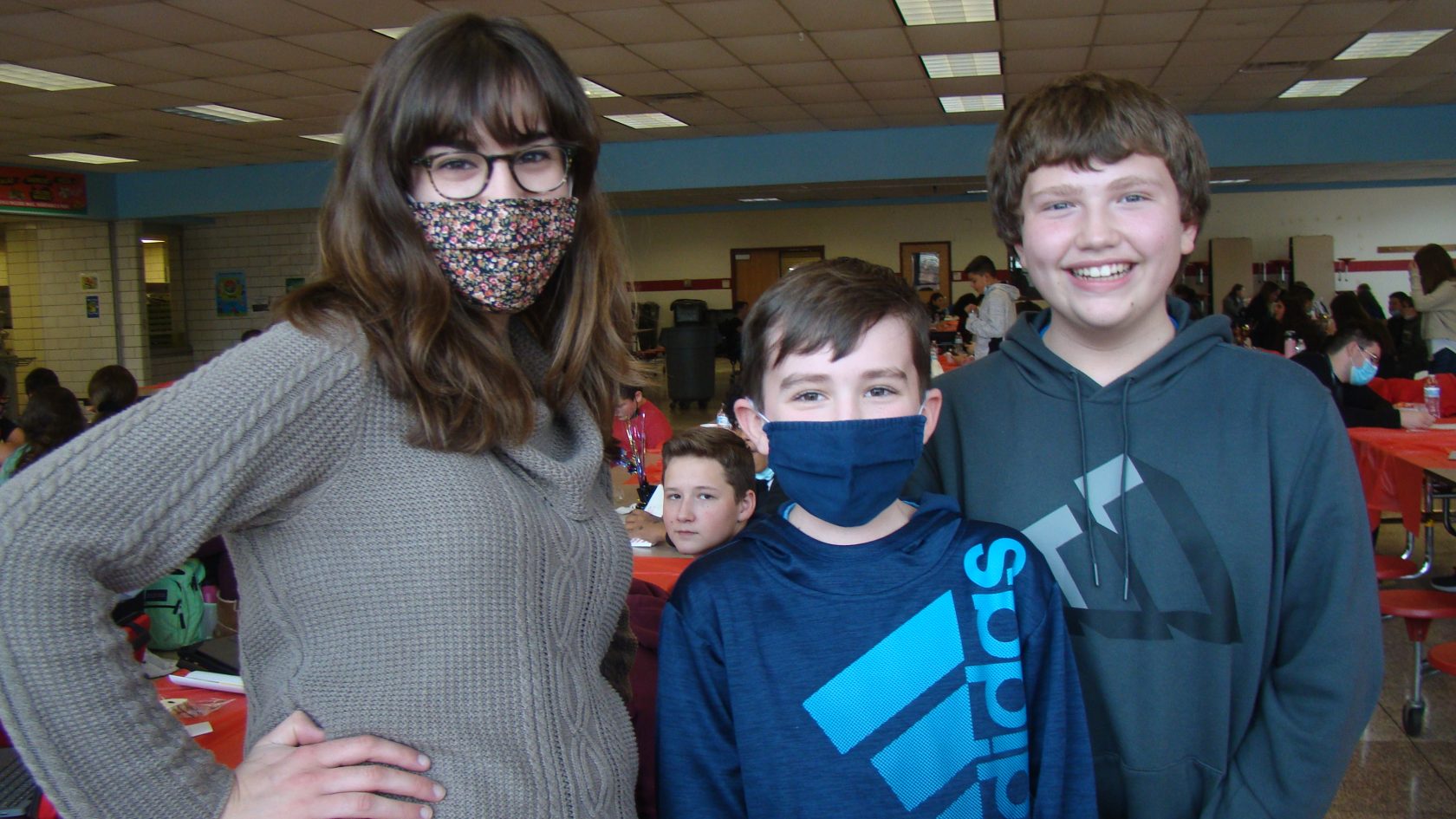 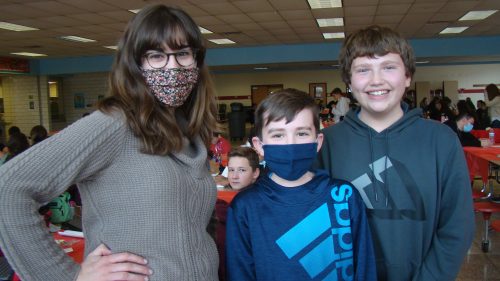 WESTFIELD — A new project this year is bringing college students and middle school students together in an old-fashioned way; through writing pen pal letters.

Since September, Westfield State University students have been in a pen pal exchange with Team 71 writing students in Irene Sweigard’s seventh grade class in Westfield Middle School, hand-writing weekly letters to each other. 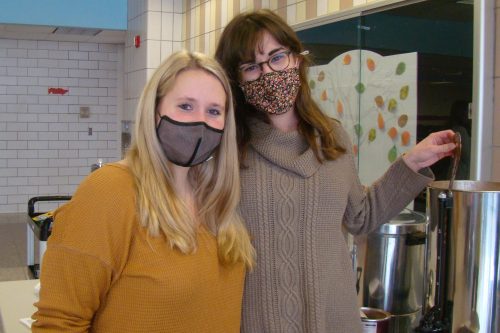 McIntyre said the way it works is each college student sends a letter to his or her pen pals and then the middle school students respond, each writing a letter every other week. Houde said the Westfield State students are eager to receive their letters.

On Dec. 10, the pen pals met in person for the first time in the cafeteria of Westfield Middle School for hot chocolate and popcorn.

“You get to know the students through their writing. Now you get to see them in person,” McIntyre said.

Her pen pals, Melina Auger and Sophia Chartier, said they were surprised at first to see her, because they thought she had brown hair, when her hair is actually blonde. Other than that, they seemed to be right at ease.

McIntyre said when they started corresponding, the letters were mostly short, each asking the other what they liked to do. She said now she’s noticed the letters are getting longer, and are up to two and a half pages, and she has started stapling them to make sure she is answering all of their questions. 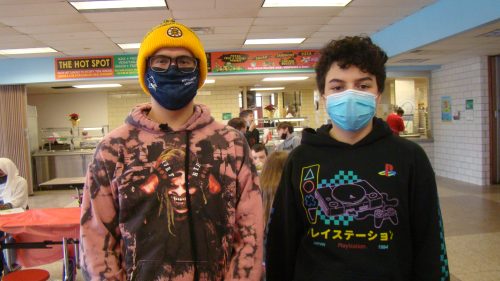 WSU student Cade Leavens was teamed up with Benjamin Napoles and Maddox Saloomey. Saloomey said he was surprised by Leaven’s hat, but otherwise didn’t seem fazed by meeting him in person.

One connection that Leavens, who is an elementary education major, has made with Napoles and Saloomey is video games. Napoles favors Minecraft and Terraria, and Saloomey likes Valorant. Napoles said he also likes to ask Cade about the classes he takes at Westfield State.

WMS English supervisor Mary Keane said one of the great aspects of the pen pal project is that it gives students an opportunity to write for an “authentic audience,” an actual person they’re getting to know, which goes beyond a typical assignment.

“I love that this was driven by WSU,” Keane added. 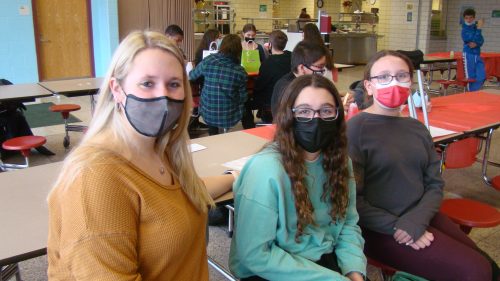 From left, Carlie McIntyre’s pen pals Milina Auger and Sophia Chartier were surprised she had blonde hair, but other than that, felt they knew her already. (AMY PORTER /THE WESTFIELD NEWS)

Houde was teamed up with Aidan McCarron and Jonas Miller. Miller, who plays trumpet in the jazz band, said he likes to talk to his pen pal about music.

With McCarron, who is interested in sports, an enthusiasm that Houde does not share, it took a bit longer until they found out they both like cats. Houde has two, and McCarron has four, so their pets take up a lot of their conversation. Miller also gets in on the topic, through his experience with his friend McCarron’s cats.

McIntyre said at the end of the semester, the students will take a break, and then continue their pen pal correspondence next semester. Then in the spring, they will have a big get-together and celebration at Westfield State.