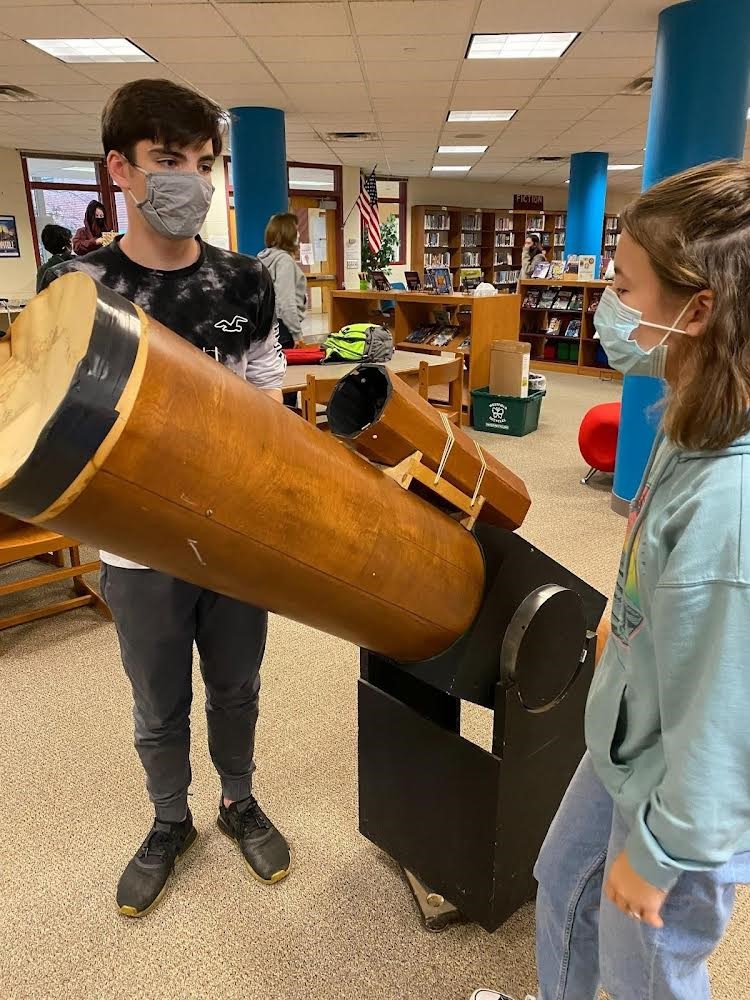 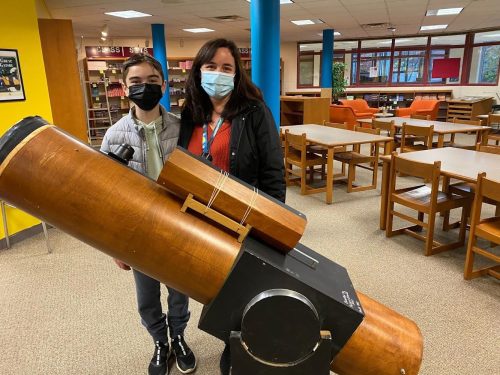 WESTFIELD — A recent donation to the Westfield Middle School  will have the whole student body reaching for the stars.

Principal Jessica Kennedy explained that recently eighth-grader Kaitlynn Goulette was finally able to get an Astronomy Club, which she had started at Westfield Intermediate School, up and running at WMS without COVID-19 as a significant barrier.

Goulette launched the club at a Star Party in the WMS parking lot, where two telescopes were set up and students were able to view the night sky.

“One of the missing pieces, though, was WMS having our own telescope to use to better support students in learning about astronomy,” said Kennedy.

In response, Melissa VanHeynigen, a WMS parent and district art teacher at Paper Mill and Highland elementary schools reached out to her father, longtime Westfield resident Robert Gravel, to ask if he might donate the telescope that he built to the school. She said two of his grandchildren, Zachariah and Amelia Gravel Blaney, had gone through WMS already, and now grandsons, Lincoln, Beckett, and Spencer VanHeynigen are in WMS or on their way and would hopefully get to join the new Astronomer’s Club at the school. 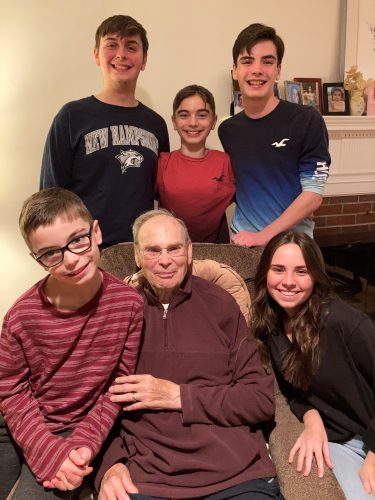 Westfield resident Robert Gravel recently donated the 6-foot telescope he built to Westfield Middle School in hopes of sharing his love of astronomy with students including his grandchildren (pictured), some of whom are enrolled there now or will be in the future. Back row, from left, are his grandsons Zachariah Gravel-Blaney, Beckett VanHeynigen, and Lincoln VanHeynigen. Front row, from left, are grandson Spencer VanHeynigen, Robert Gravel and granddaughter Amelia Gravel-Blaney. (SUBMITTED)

“I became interested in astronomy as a Boy Scout in Feeding Hills, but it wasn’t until I was in my 40s that I started going to the Stars Club at the Springfield Quadrangle,” said Gravel, 52. He said he enjoyed studying the constellations and planets and discovered a yearly event every August in Springfield, Vt., called Stelaphan.

“There I heard great astronomers speak, camped and met amateur astronomers from all over the United States like myself,” he said. He took notes and then created his six-foot telescope.

“I wanted to give this telescope so that future students in Westfield Public Schools can hopefully enjoy and learn about the stars and space,” he said.

“We consider ourselves beyond fortunate to have this priceless gift to our school to impact learners today and beyond,” Kennedy said about the gift. 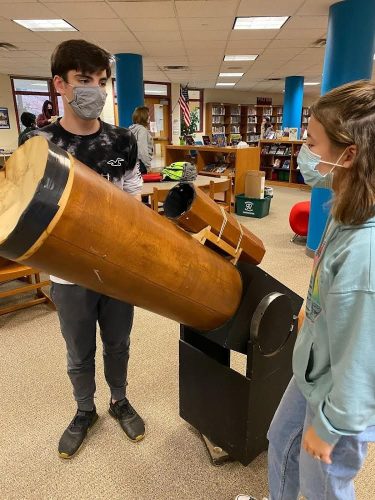