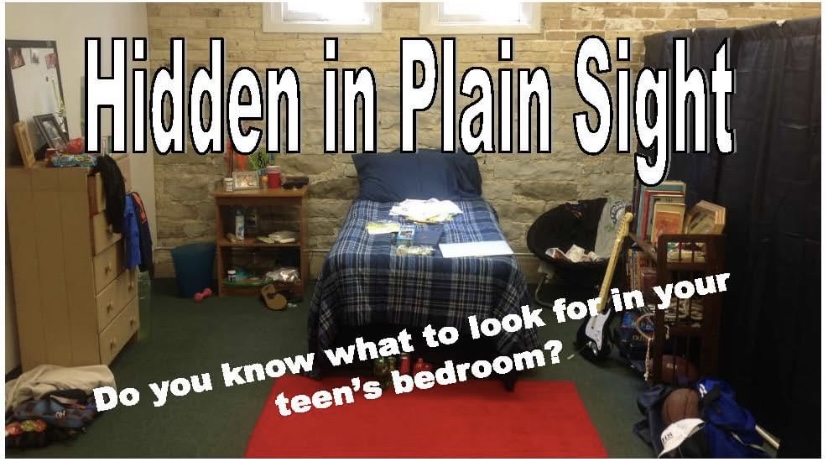 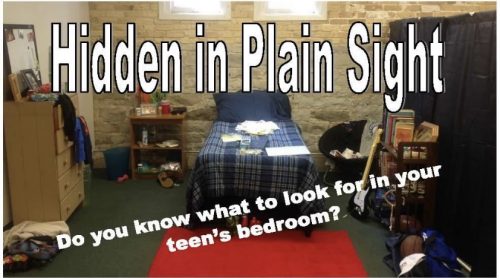 A teen’s bedroom simulation is used in Alex’s Army Trailer to demonstrate where drugs may be hidden. (SUBMITTED BY THE ALEX FISHER FOUNDATION)

WESTFIELD — In addition to meeting their students’ teachers and administrators, families at upcoming open houses at Westfield Middle School on Oct. 13, Westfield High School on Oct. 20, and the Westfield Technical Academy on Nov. 4 may get an education on how drugs and alcohol can easily be hidden in a teenager’s bedroom. The open houses take place from 6 to 7:30 p.m.

Alex’s Army Trailer, a program of the Alex Fisher Foundation will be parked outside at the three open houses. This interactive program allows adults (no younger than 25) to explore a teen’s bedroom recreated in the trailer and learn how to read the signs, such as hidden containers, paraphernalia and even messages on T-shirts.

The program and the Alex Fisher Foundation were started after Kelly Fisher lost her son Alex, who was 22, to a drug overdose five years ago this Sept. 30.

“His friend gave him an oxy laced with fentanyl, and he passed away. We try to help other families. There’s that chance it could happen,” she said, adding, “93,000 people died last year of overdoses in the U.S. That’s a lot of people.”

Kelly Fisher will also be on hand to talk about where drugs may be hidden in a bedroom. She said there are 80 hiding places in the simulated bedroom.

Fisher said she brings the trailer town to town for free, because she never wants a community to say they couldn’t afford it, or parents to say, “if only they had known” what to look for.

“We try to go out there and do good things,” she said.

Asked what response she gets from parents, Fisher said some parents don’t know what drugs look like. For example, she shows them samples of vaping products with THC. She said she gets a great reception from them.

“All of them are very grateful that I’m doing it. I’ve had parents call me and say, ‘I found drugs after I went in your room, now what do I do?’ I refer them to programs that can help. I’m trained in prevention, I don’t try to do it all,” she said.

“Some of them get overwhelmed. I find those are the parents that actually have children getting into drugs or drinking,” Fisher added.

In addition to Alex’s Army Trailer, the Alex Fisher Foundation raises money for scholarships for high school seniors in Enfield, Conn., where it is based. Last year it gave out $14,000 in scholarships from money raised through fundraisers. It also receives funds from “Outrun Addiction,” a walk-run being held virtually this year on Sept. 25.

Fisher said the foundation tries to get kids involved in the race, so they can become educated and involved. On the date of the race, 440 posters of people who overdosed and passed away will be on display at the Fermi annex in Enfield.

“Parents whose children passed away want their children in this project, called the Poster Project,” she said.

The Alex’s Army Trailer at the open houses is presented by the Coalition for Outreach, Recovery and Education of Greater Westfield.

“I think that if you are having questions about your child possibly using drugs, it’s a way for you to have awareness if things start changing in your child’s bedroom, or you start to see your child changing. It gives you insight into a child’s bedroom,” said CORE Coordinator Kathi Cotugno.

Cotugno said the issue of drug use is more urgent than ever, because everything is being laced with fentanyl, which she said is present in 95 percent of overdoses.

“If you thought fentanyl was only in heroin, it’s in cocaine, starting to show up in marijuana and in street processed pills,” she said, adding, “It is everywhere. Your child could use once and could die.”

CORE will also be on hand at the open houses with resources for parents and students.

“How do we educate our kids without educating ourselves?” Cotugno asked. “It’s an issue that we don’t want to talk about. If you’re that parent that has this gut feeling that things aren’t OK — do you ignore it, or do you try to help your child and help your family?”