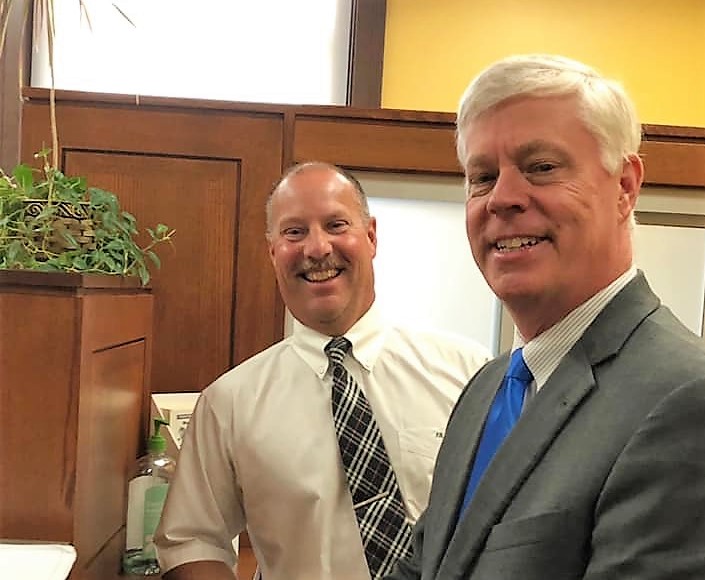 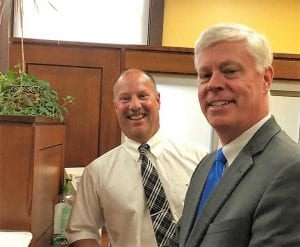 The three city residents are no strangers to Westfield government.

Sullivan served as mayor from 1994- June 30, 2007. He said he wants to bring “civility and professionalism” back to the council.

“Jimmy Adams and I talked about the discourse and the way decisions and debate have been conducted and [the City Council] is not in a place I think is good for the city,” Sullivan said.

Sullivan has concerns for the city’s future and said the way business is being conducted is not the path for a positive future.

“Decisions need to be made for the citizens,” said Sullivan. “It’s not about who wins or loses – the citizens should always be the winners.”

Sullivan said his philosophy is that no one should complain unless they are willing to be part of the solution. 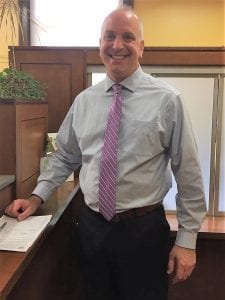 VanHeynigen lost his council seat by 30 votes in the 2017 election and he said his run now is making good on a promise to constituents.

“I’m following through on the promise I made then, in an effort to serve the residents once again. On the encouragement of countless citizens over the past two years who have expressed how much they felt my voice and leadership is needed back on the council, I’ve decided to go forward with another campaign,” he said.

VanHeynigen said that he’s been encouraged by the level of support the mayor and council have made towards infrastructure improvements across the city over the past two years and wants to ensure those investments continue.

“Although historically the city had lagged behind where it should have been spending to maintain its roads and other infrastructure, it has improved its spending in this area in recent years,” he said. “We should continue to invest even more in order to provide the roads, water and sewer services that taxpayers expect and deserve, and which help to attract and retain new homeowners and businesses.”

As a parent of three children in the Westfield public schools, education and the city’s schools will continue to be of paramount importance to him.

Adams has served as a city councilor a total of 10 years. He spent eight years on the council, took a two-year break and served another at the urging of a former mayor. When he chose not to seek re-election four years ago it was because business was good.

“My business was crazy busy and I didn’t have the time to devote to the business of the council that it deserved,” Adams said. “Recently my son joined my business and I have the time now.”

Adams said he believes the council is not functioning as it should and wants to get it back on track.

“There are a lot of things going on [in the council] that made me feel I should jump back in and try to help get the city going in the right direction,” said Adams.

Adams is excited about the prospect of serving for a third time.

“I feel I can make a difference,” he said. “We’ve had some great mayors but when I see 10-hour budget meetings, something’s not right.”

Last week a fifth resident took out nomination papers for mayor. Andrew Mullen of Shaker Road pulled papers July 30, joining candidates Donald F. Humason Jr. and Michael A. McCabe — both of whom have returned their papers and had them certified — Nicholas J. Morganelli Jr. and Kristen L. Mello.

Other incumbents who have returned and certified papers include Mary Ann Babinski for Ward 1, Ralph J. Figy for Ward 2, Michael Burns for Ward 4, Leslie D. Lefebvre for Ward 5 and William J. Onyski for Ward 6. In addition, Bridget Matthews-Kane for Ward 3 and Mary O’Connell for Ward 4 also returned papers and had them certified.

Other candidates who returned papers and had them already certified include Luis Morales and Kevin M. Kelliher for Ward 1 Municipal Light Board, Ray Rivera for Ward 2 MLB, Francis Liptak for Ward 4 MLB, Thomas P. Flaherty, Sr. for Ward 5 MLB, Jason Bean and Robert C. Sacco for Ward 6 MLB and Kathleen A. Knapik for Athenaeun Trustee.

Nomination papers must be returned by 5 p.m. Aug. 6. The City Clerk has until Aug. 20 to certify signatures and potential candidates have until Aug. 22 to withdraw their candidacy.