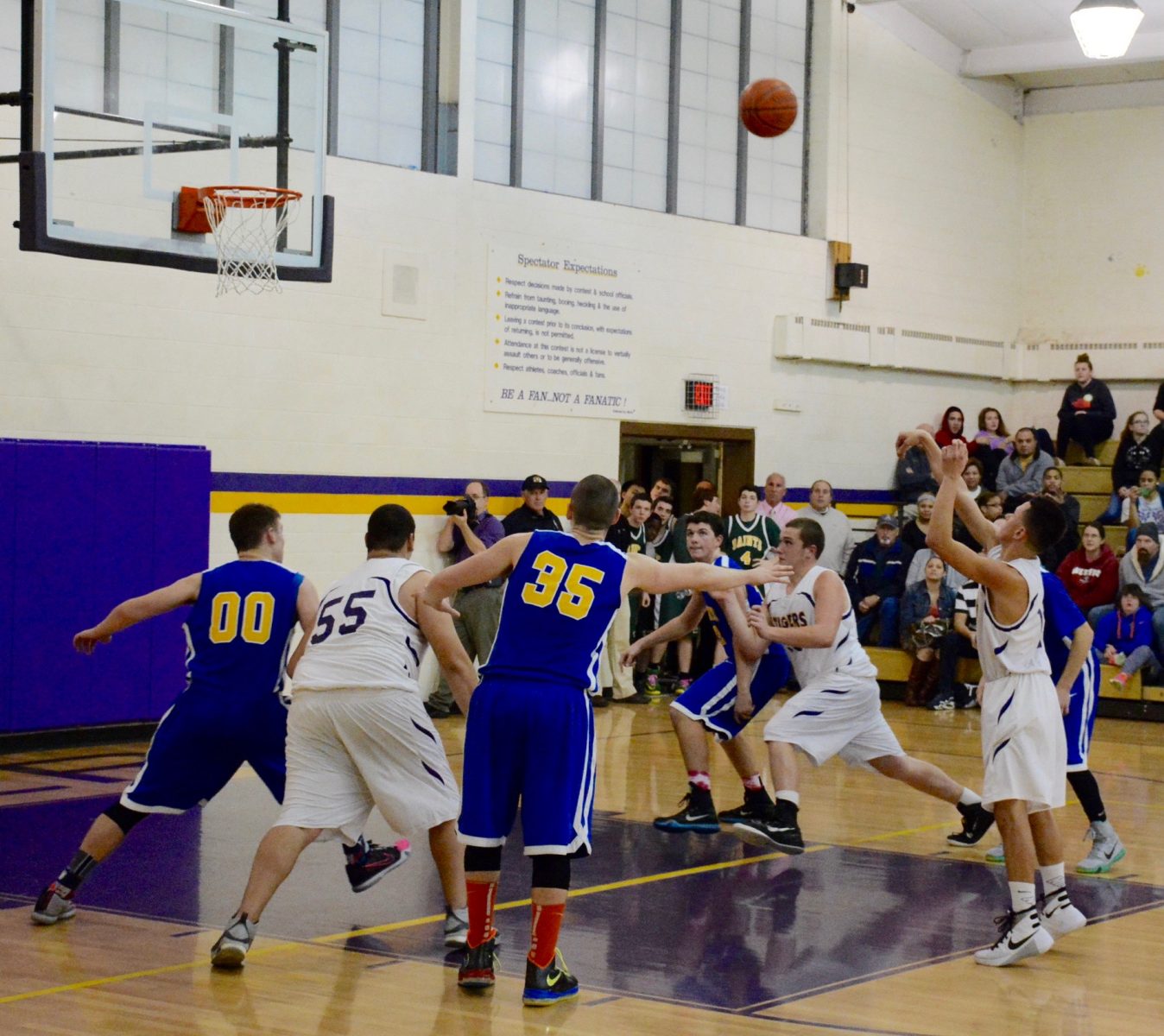 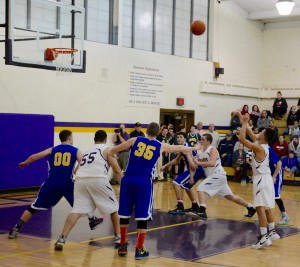 Westfield Technical Academy notches its 47th point of the game on this free throw from Austin Norris in the final seconds to secure a thrilling victory over Gateway in the Box Out Cancer Challenge Tuesday night. (Photo by Lynn F. Boscher)

WESTFIELD – What better way to raise everyone’s spirits for a good cause than to deliver a pulse-pounding thriller of a high school boys’ basketball game.
Westfield Technical Academy and Gateway Regional slugged it out for nearly all of 32 minutes before Austin Norris made a free throw with 1.1 seconds remaining – a teammate managed to tip-in the ball on a miss of his second foul to shot – to send the Tigers to a dramatic 49-46 win in the Box Out Cancer Challenge.
Westfield Tech’s Matt Wood led all scorers with 15 points as the Tigers (1-0) rallied from a 12-point, fourth quarter deficit. Tyler French finished with 10.
“I couldn’t be happier to see our guys not quit and give up,” Westfield Tech coach Kyle Dulude said. “It was a battle the whole game.”
Brett Turban scored a team-high 11 for Gateway (0-3).
“Gateway came out hard and got to the line often,” Dulude said. “Their players played well too. It was great entertainment tonight.
Luis Santos provided Westfield Tech with quality minutes off the bench, and Tigers’ Mark Klyuchits delivered solid play on both sides of the ball.
It was the first time the four teams came together to play for those affected by cancer. 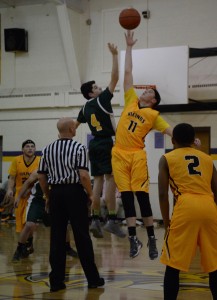 St. Mary’s Drew Collins, left, skies high for the ball as the Saints and Smith Voke Vikings tip off the second game of the Box Out Cancer Challenge Tuesday night at Westfield Technical High School. (Photo by Lynn F. Boscher)

Andrew Ilnicky led St. Mary with nine points. Drew Collins finished as the Saints’ second leading scorer with seven. Jake Butler and Gio DePergola had four and two points, respectively.
“It was a tough first game for us,” St. Mary coach Joe Molta said. “They pressed us. That really set the tempo for the game.”
Smith Voke forced St. Mary to turn over the ball several times, leading to an early double-digit lead.
“They made us play at a pace we were not ready for yet,” Molta said. “They were all over us.”
The four teams will wrap up the two-day Challenge Wednesday with Westfield Tech vs. Smith Voke at 5 p.m., followed by St. Mary-Gateway at 7. Both games will be played at Westfield Technical Academy High School. 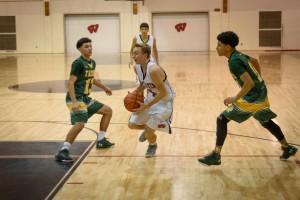 O’Brien nets 20 in WHS’ loss
Taconic 59, Westfield 48
Westfield’s John O’Brien scored a game-high 20 points in a losing effort on opening night. Luis Castro chipped in nine points for the Bombers, and Rodney Bernard had eight.
Isiah Mestre led Taconic with 15 points.
Taconic build an early lead, led by double digits at the half, and held off an early fourth quarter rally by Westfield.
“We have a young team,” Westfield first-year head coach Josh Balestracci said. “We’re learning to play together. Our players need to work on all aspects of their game – offense and defense.” 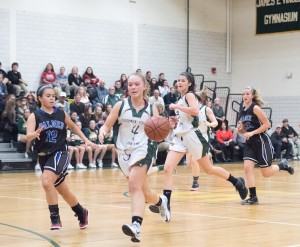