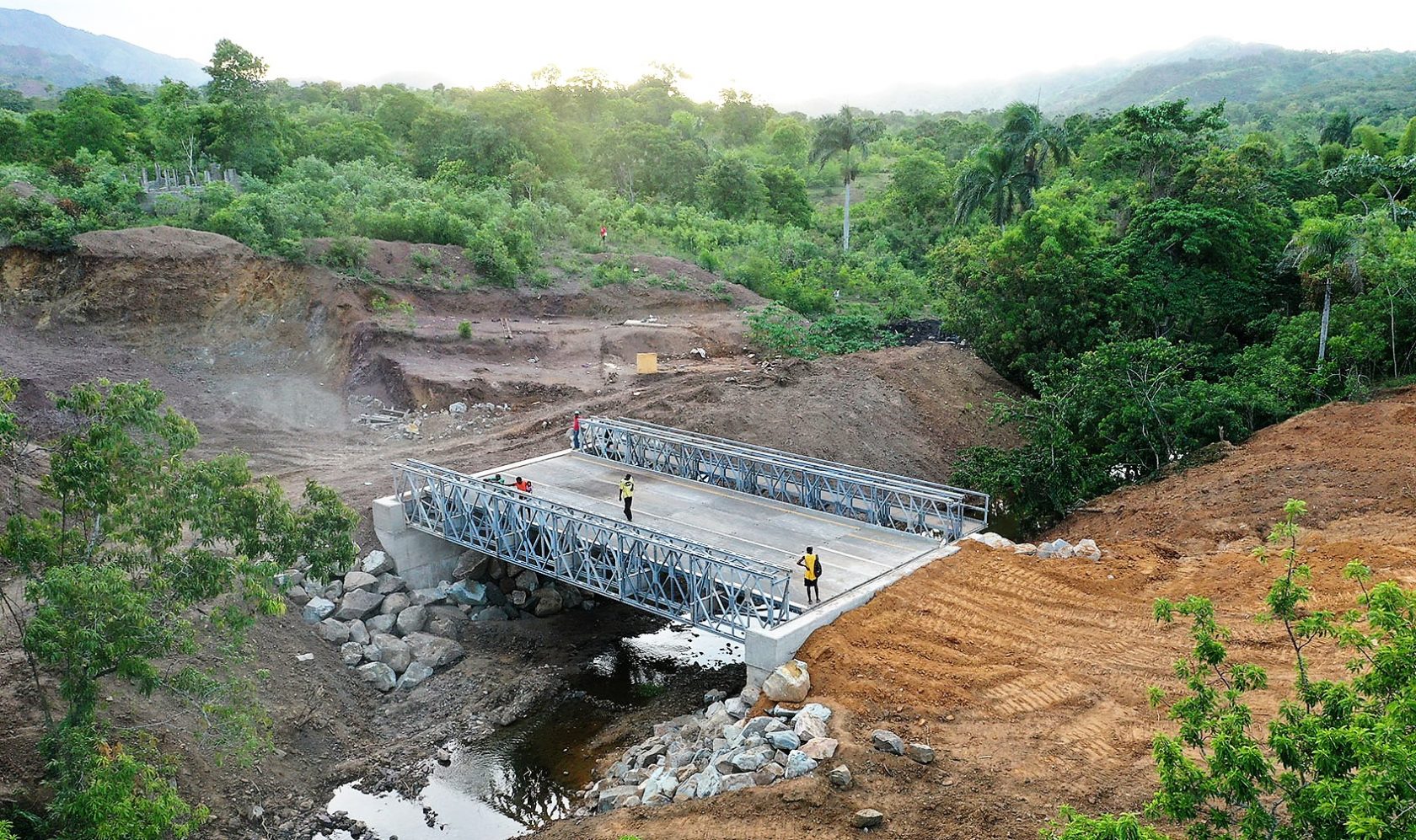 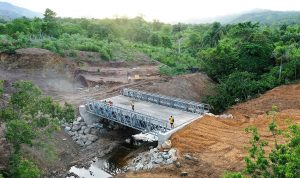 This former Massachusetts bridge was brought to Perches, Haiti by The Cashman Family Foundation and Tighe & Bond. (Photo courtesy of Tighe & Bond)

WESTFIELD – Tighe & Bond is known as a leader in engineering and environmental consulting. That alone is attractive to prospective employees, but when David Murphy was looking for a new job more than 10 years ago, it was the company’s connection to causes that mattered to Murphy that drew him in.

Tighe & Bond is based in Westfield and has offices in nine communities in New England and New York.

Murphy is Tighe & Bond’s vice president who mainly serves Eastern New England. For many years, Murphy worked as an engineer but tried to tie his career with his passion for helping others.

“I was working on the Big Dig and my boss knew Andrew Card (former White House Chief of Staff under President George W. Bush) and I met him and wound up working with him through Catholic charities,” said Murphy.

That work led him to Indonesia with Catholic Relief Services where he managed all engineering and construction following the tsunami that devastated the country.

Murphy then became involved in helping rebuild communities in Haiti.

When Murphy returned to the United States, he said he fielded several job offers, but Tighe & Bond stood out because its partners cared about what their employees cared about. For Murphy, this was the deciding factor and since then, Tighe & Bond has become involved in Murphy’s work in Haiti.

The firm recently donated engineering services to design a new bridge over the Rivière Cochon Gras for the residents of Perches, Haiti.

The project was led by The Cashman Family Foundation, a charitable subsidiary of the Cashman Family of Companies. Murphy and Jay Cashman are friends and when Cashman found himself the owner of a prefabricated pony truss panel bridge formerly known as the Fore River Bridge connecting Weymouth and Quincy, he reached out to Murphy who suggested donating the bridge components to communities in Haiti.

Murphy said a bridge would be a lifesaver – literally – for residents of Perches.

Murphy has been very active in Haiti for the last eight years, donating his time and engineering expertise to help build pedestrian bridges alongside Cashman and seeing firsthand the impact infrastructure improvements can have on these communities.
Perches is a remote and isolated location, with about 20,000 residents who live in the town and many more in the surrounding area.  Residents rely on an unpaved road to access facilities to the north, including a local hospital and an industrial park.  The road is impeded by the Rivière Cochon Gras and during the three or four rainy months, the crossing is frequently impassable.
Tighe & Bond contributed design services for new abutment walls and supports for the bridge, and The Cashman Family Foundation donated the bridge superstructure and assisted the town in providing construction services. Tighe & Bond’s Principal Engineer, Brian Brenner, led the design project with collaboration from his colleagues, Principal Engineers Duncan Mellor and Craig French, and Project Engineers Kamila O’Neill and Eric Ohanian.

The construction and engineering teams worked together closely, considering site conditions and what materials and equipment were available in this rural area. The bridge is now substantially complete and local Haitian engineers and constructors will finish the grading of the approach roadways.
“Perches is a small town with limited access during the rainy months.  This bridge will help to provide connections, and we engineers were grateful to contribute to a project that will directly improve many peoples’ lives,” said Brenner.

Murphy noted that Tighe & Bond set aside 120 working hours for the project.

“When those hours ran out, instead of asking for more time and money, our employees continued to see the project through,” Murphy said. “That’s what makes this company special.”