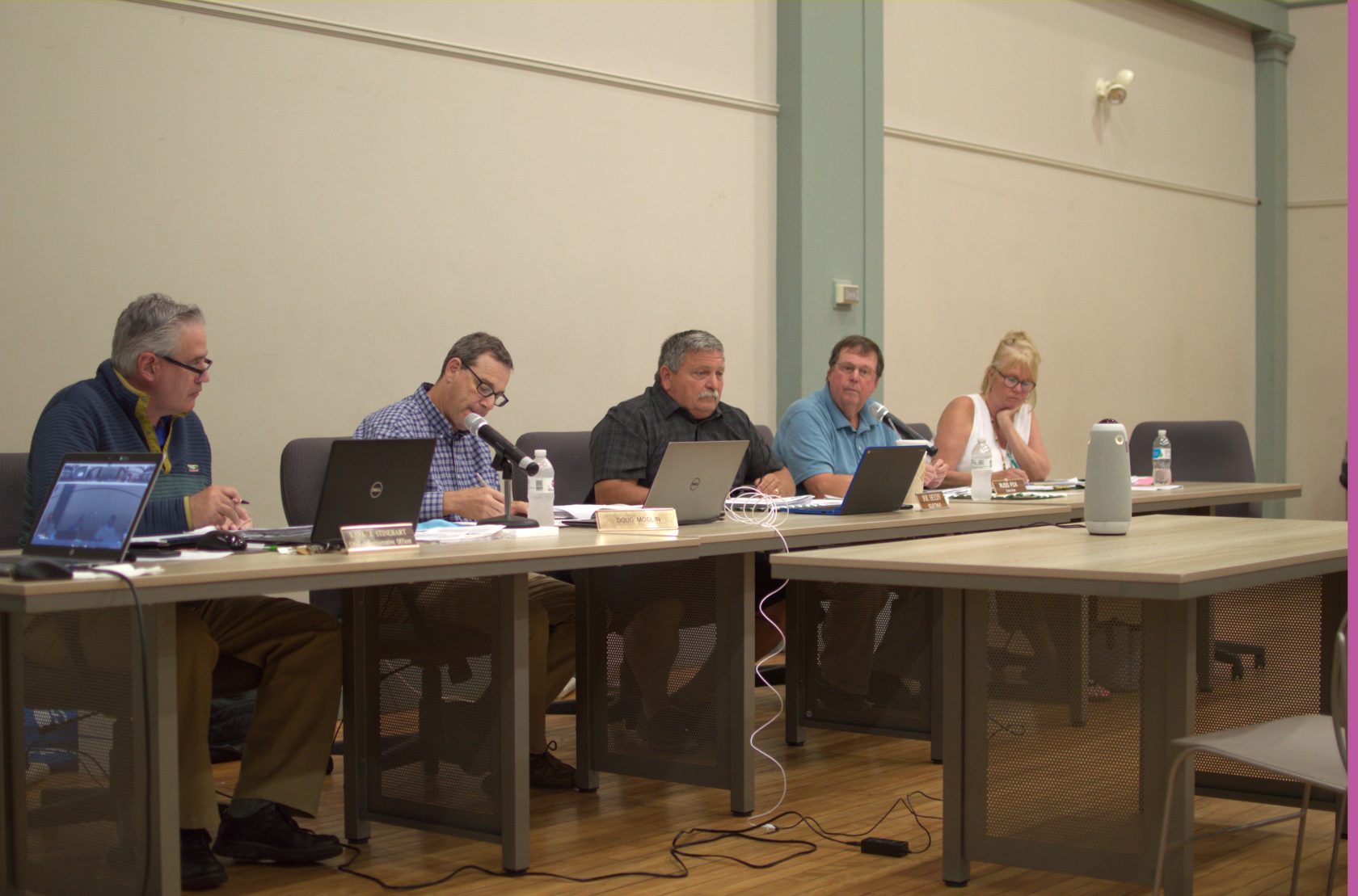 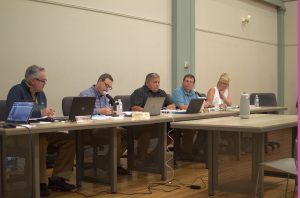 The Select Board made use of the Owl for the first time during their meeting as a possible solution to some of the difficulties posed by the hybrid meeting format. (PETER CURRIER/THE WESTFIELD NEWS)

The Select Board employed the use of the Owl, a device that contains a microphone, a speaker, a normal forward-facing camera, and a 360 degree panoramic camera that can show everybody in the room. The device is a little bigger than a water bottle, and simply sits on a desk in front of the board members.

Members of the Select Board were hoping that the device would solve some of the problems that had been reported in previous meetings as Southwick figures out the best method for hybrid meetings. People who had been watching meetings via Zoom had often complained that they cannot clearly hear people speaking from the audience, and that they cannot see who is speaking due to a lack of camera.

Select Board member Doug Moglin said that Southwick purchased several Owl devices so that they can be used by other boards and committees to conduct hybrid meetings. He said he wanted to see consistency among town boards over how they conduct their meetings.

In some cases, boards and committees had been alternating between doing their meetings in-person only, through Zoom only, or in a hybrid fashion from one meeting to the next, which led to confusion from people trying to view the meetings. He pointed to the Agricultural Commission as one board that had frequently switched its meeting method.

Moglin noted that the Town Hall auditorium where the meeting took place was still a bigger room than the microphone for the Owl could handle, but the device seemed to work so long as those speaking from the audience raised their voice enough.

The Agricultural Commission will have a hybrid meeting Wednesday evening using one of the Owl devices. It will use the device in the Land Use Room in Town Hall, which is considerably smaller than the auditorium and thus should work well with the Owl. One can join the meeting via the link in the agenda posted on the town’s website.

Moglin said that he really likes hybrid meetings because of how they can increase transparency into the government process.

“[The Owl] provides a video recording that can be uploaded to Youtube so people can see the meetings after. It provides the audio recording automatically. It enables remote participation. It improves transparency,” said Moglin, “I don’t see the downside of hybrid Zoom, if you can make it work.”

The technical difficulties in hybrid meetings hampered public access to the Planning Board’s Carvana hearings, some of which drew hundreds of people both in-person and in the Zoom call. Microphone failures and a lack of cameras led to vocal complaints during several of these hearings.

Moglin said he wants to continue the hybrid meeting format as long as Open Meeting Law remains amended to allow it. He noted that there are people who still do not feel comfortable going into a public building like Town Hall, especially in the new wave of the pandemic.