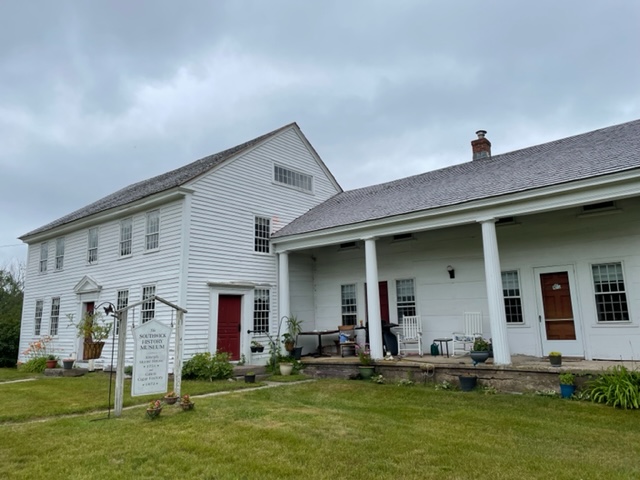 SOUTHWICK — A special celebration is slated Oct. 10 to mark the 10th anniversary of the opening of the Southwick History Museum.

“There are many people in the area including residents who don’t realize there is a history museum in town,” said Lee David Hamberg, town historian and a longtime member of the Southwick Historical Society. “You would be surprised to see what we have in our collections. For those who have never been — it’s a treat!” 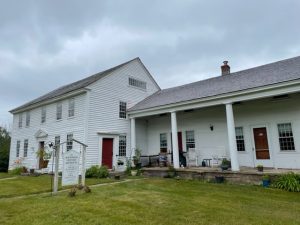 As residents gear up for the town’s 250th celebration parade on Oct. 16, society members are also putting the finishing touches on its canal boat float. The float was originally built for the 350th parade in Westfield and was offered to society members following the event.

“Join us as we celebrate this 10th anniversary with a cake cutting at 2:30 p.m.,” said Patricia Odiorne, who serves as society treasurer. “On May 27, 1971, 71 people signed the charter that established the Southwick Historical Society, and in 1985, our society received status of a 501(c)3 from the Internal Revenue Service, so it took 40 years before we were able to open to the public. Since 2021 marks our 50th year of existence, it is another reason to celebrate on Oct. 10.”

Odiorne noted that the celebration planning has been led by the entire board of directors, and in particular, Linda Schomer, Dori Neuwirth and Lee David Hamberg. 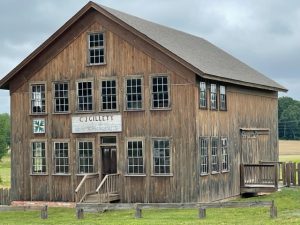 The C. J. Gillett Cigar Factory will be open and part of the festivities during the Southwick History Museum’s 10th anniversary celebration on Oct. 10. (LORI SZEPELAK PHOTO)

She said the Moore House, built by Joseph Moore, who later served and died in the American Revolution, is the oldest known house still standing in the “jog” of the Massachusetts-Connecticut state line.

“The C.J. Gillett Cigar Factory, on the other hand, was moved from its original site at 215 College Highway (now CVS) and re-erected on its new location in 2011,” said Odiorne, adding, “Charles J. Gillett stored tobacco and manufactured cigars from this factory.”

The Gillett cigars were sold under various names and shipped around the country, noted Odiorne.

Visitors can expect to find a “plethora of items” to enjoy studying at the celebration, ranging from election boxes, agricultural tools, and artwork, to displays representing home life and the ice and dairy industries, noted Hamberg. Additionally, display panels will feature photographs of both buildings through the years and people who worked to make the opening possible.

“We also have a buggy made in Southwick,” said Hamberg, adding, “there is something for the young and old to peek at.”

As part of the festivities, several books related to the town and its history will be available for sale.

On a related note, society members plan to have a brochure available that highlights the group’s 2021-22 programming, including “A Walk with Southwick Spirits,” 1-4 p.m. on Oct. 23 at the Old Southwick Cemetery on College Highway.

“Local people in costume will tell stories about the lives of the characters they represent, including an inventor, a victim of a powder mill explosion, a contractor, a farmer, and several others,” said Odiorne.

Reservations are needed for the Southwick Spirits event and can be made by calling 413-569-6397. A donation of $5 per person is appreciated. Children under 12 are admitted free.

The museum is open to the public 2-4 p.m. on the second and fourth Sundays of each month from May through October.