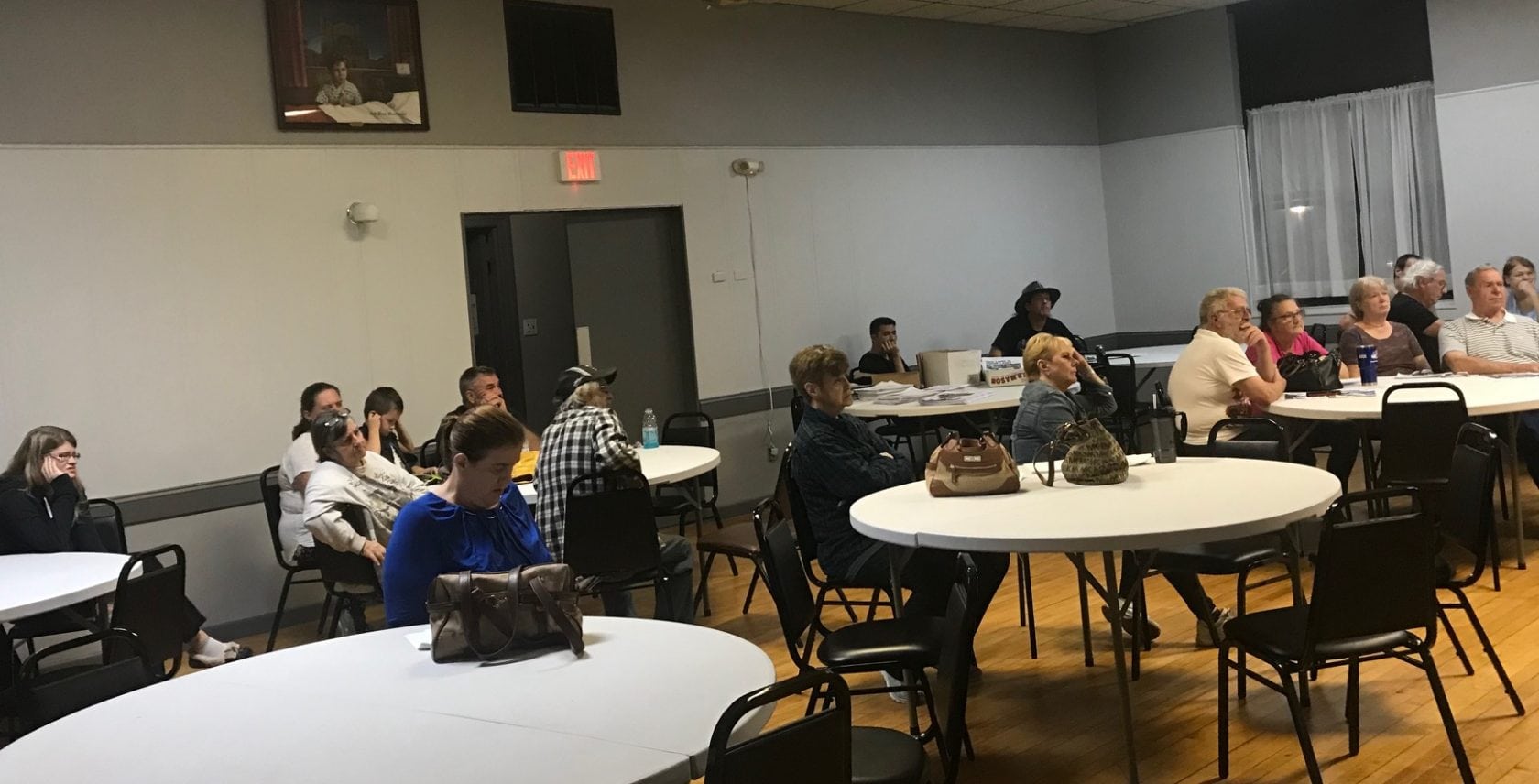 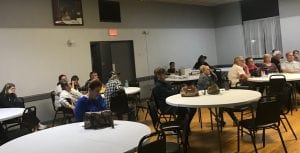 Residents of both the Heritage and Arbors mobile home parks came out to the meeting on Tuesday night. (Photo by Greg Fitzpatrick)

WESTFIELD – Representatives of the Correctional Development Institute (CDI) will be holding another meeting for residents of both the Heritage and Arbor Mobile Home Parks on Tuesday October 15 at 630pm at the Westfield Athenaeum.

At a meeting last week, Andrew Danforth of CDI, informed residents that the landowner of their mobile home parks, James Buratti of LME LLC, has signed an agreement to sell both parks. The sale agreement also includes selling the Lincoln Mobile Home Estates, located in Lincoln, Rhode Island. Danforth then told the people in attendance that CDI would be able to allow the residents to buy their own mobile home park in order to avoid both of the parks being sold.

Massachusetts law allows residents to have the right of first refusal and residents allowed the opportunity to counter Buratti’s agreement. Danforth also said that he doesn’t believe Buratti has provided the residents of the mobile home parks legal notices of the sales agreement.

The purpose of Tuesday’s meeting will be to speak to residents of the mobile home parks who weren’t in attendance at the last meeting to bring them up to speed on the situation.