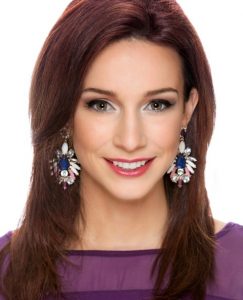 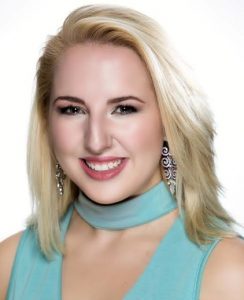 WORCESTER — The 78th annual Miss Massachusetts Scholarship Pageant is Friday, June 30, 2017 at 7:00 PM and Saturday, July 1, 2017 at 7:00 P.M. at the beautifully restored Hanover Theatre for the Performing Arts in Worcester.  This is the ninth year that the pageant has taken place in Worcester, having previously been held in Fall River and New Bedford.

The two-day pageant features Miss Massachusetts 2016 Alissa Musto of Rehoboth, and 21 beautiful, intelligent and talented young women.  They will compete for scholarship money and the opportunity to represent Massachusetts at the 97th Annual Miss America Pageant in September 2017.  After eight years in Las Vegas, the pageant moved “home” to Atlantic City, NJ in 2013.  As it has been for the past six years, the Miss America telecast will be broadcast on the ABC Television Network.

Ms. Riley is a 21-year old junior at Westfield State University majoring in Business and a resident of Westfield  She graduated in 2013 from Westfield High School and also attended Holyoke Community College. She is the daughter of Donna and Timothy Riley of Westfield. She will present a Lyrical Dance to showcase her talents and her non-profit platform is the KEVs Foundation: Raising Awareness for Sudden Cardiac Arrest in Youth.

Ms. Clark is a recent graduate of the University of Massachusetts at Amherst where she received her degree in Advertising through Graphic Communication with a minor in Studio Art.  She is a resident of Westfield and was a 2013 graduate of Westfield High School.  Olivia is the 21-year old daughter of Lisa and Peter Clark of Westfield.  Her non-profit platform is Operation Breathe Peace: Promoting Anxiety Relief and Proactive Preventions and she will showcase her vocal talents.

Again this year at the state pageant, supporters may help select the Eleventh Finalist for Saturday’s show with the Online Voting.  For a minimum vote of only $1.00, fans may visit the Miss Massachusetts website and cast their vote for the contestant of their choice who they would like to see as the eleventh finalist. Each dollar that is donated counts as one vote.  Online voting is now taking place and will end at midnight on Friday, June 30.  For more details, visit www.missmass.org and click on the Online Voting link.