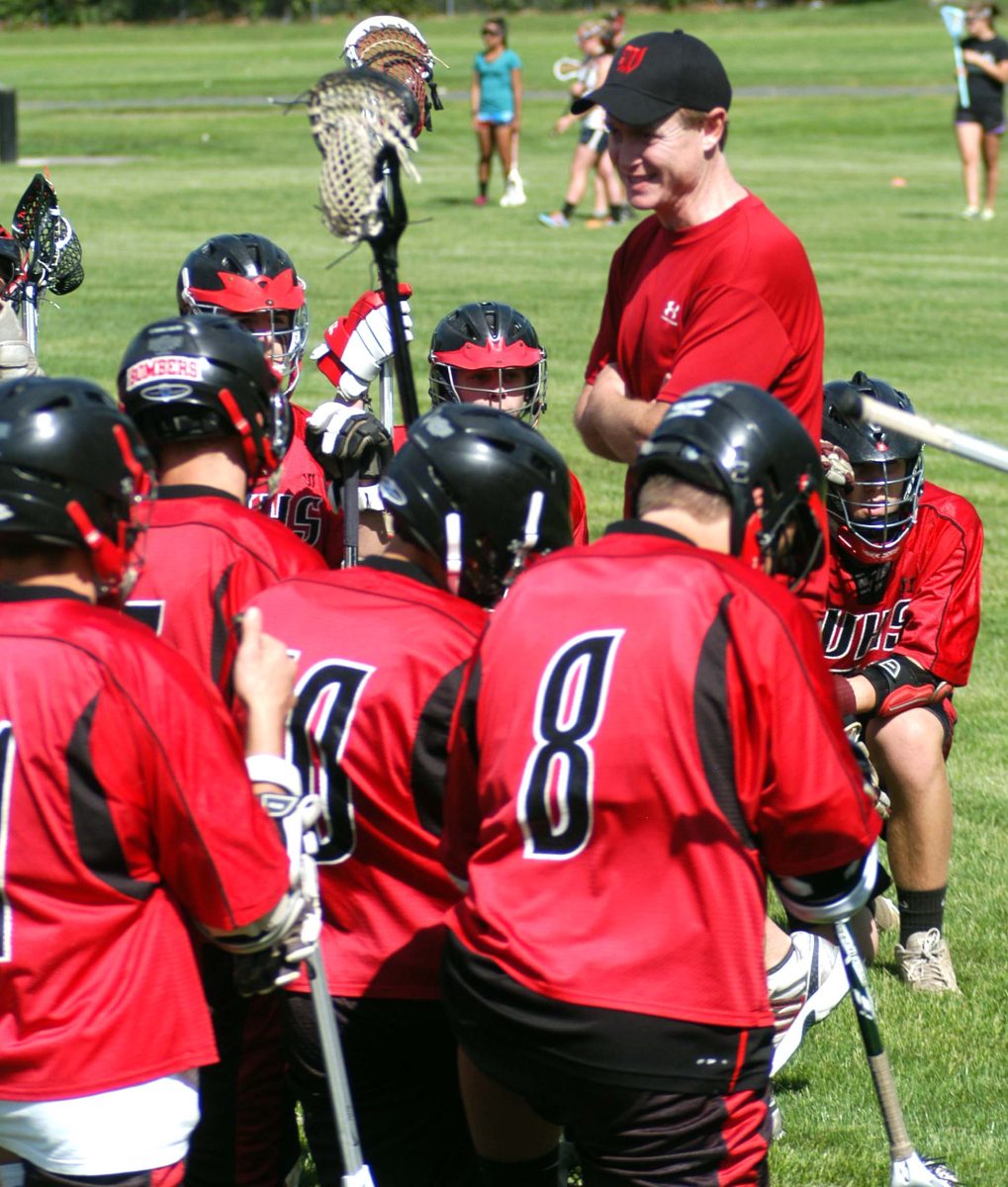 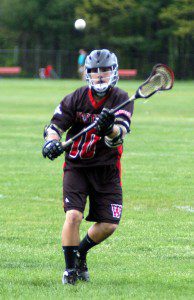 Westfield’s Luke Chlastawa delivers a pass. The Bombers will need all hands on deck to try and snare the WMASS/CMASS crown Saturday. (Photo by Chris Putz)

WESTFIELD – Knocking Longmeadow boys’ lacrosse from its pedestal perched high atop Western Massachusetts is in itself a memory made to last a lifetime. What will Westfield do for an encore?
No. 4 Westfield, fresh off a stunning 9-8 upset of top-seeded Longmeadow in the WMass/CMass is now just one step away from clinching a championship crown.
All the Bombers have left to do now is take care of business against another tough opponent, No. 3 Shrewsbury (19-4). The two teams will meet in a Division 2 final Saturday at Foley Stadium in Worcester at 5 p.m.
“I think it’s going to be a great game,” Westfield coach Mark Cavallon said. “They’ve got some big athletic defensive players, an All-American goalie, strong midfielders, and forwards who’ve got moves and good sticks.” 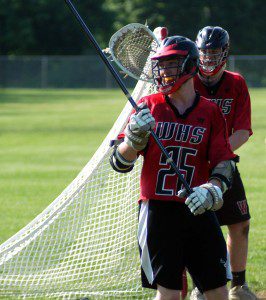 Westfield’s Noah Swords (25) and goalie Jake Cupak, rear, protect the goal. The Bombers boys’  lacrosse team is seeking one more big defensive effort when they face Shrewsbury in the D2 championship Saturday at Foley Stadium in Worcester at 5 p.m. (Photo by Chris Putz)

“I told the guys it’s going to be like looking in the mirror,” Cavallon said. “We’re both riding a wave of momentum.”
Shrewsbury was also not expected to advance against one of the region’s other perennial favorites, St. John’s (19-2). Apparently, this fairy tale ending featured more than just one Cinderella team.
“Trophy or not, we are the Western Mass. champs,” Cavallon said. “We are the only Western Mass. team standing, and we beat the top seed.”
It was the first time in five years that Westfield beat Longmeadow, and only the second time in 10 seasons. The Bombers were winless against the Lancers for several decades, more than 30 years, until a victory over their rivals in 2005. 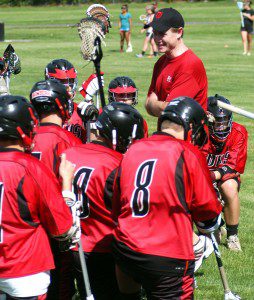 “These guys work hard, they push each other and know that good things will happen,” Cavallon said. “Coaches have only had to say things once (this season). (Our players) get it. They grasp it and do it.”
Now all the Bombers have to do is reach a little farther to grab hold of the state’s WMASS/CMASS crown.
CHASING PERFECTION: Another historic event will take place when the top-seeded Westfield High softball team takes the field in a Division 1 semifinal game Saturday at the University of Massachusetts-Amherst.
The Bombers (21-0) are attempting to keep their unbeaten season intact while chasing a championship berth.
Westfield will have to get by fourth-seeded Minnechaug (15-6). First pitch is at noon.