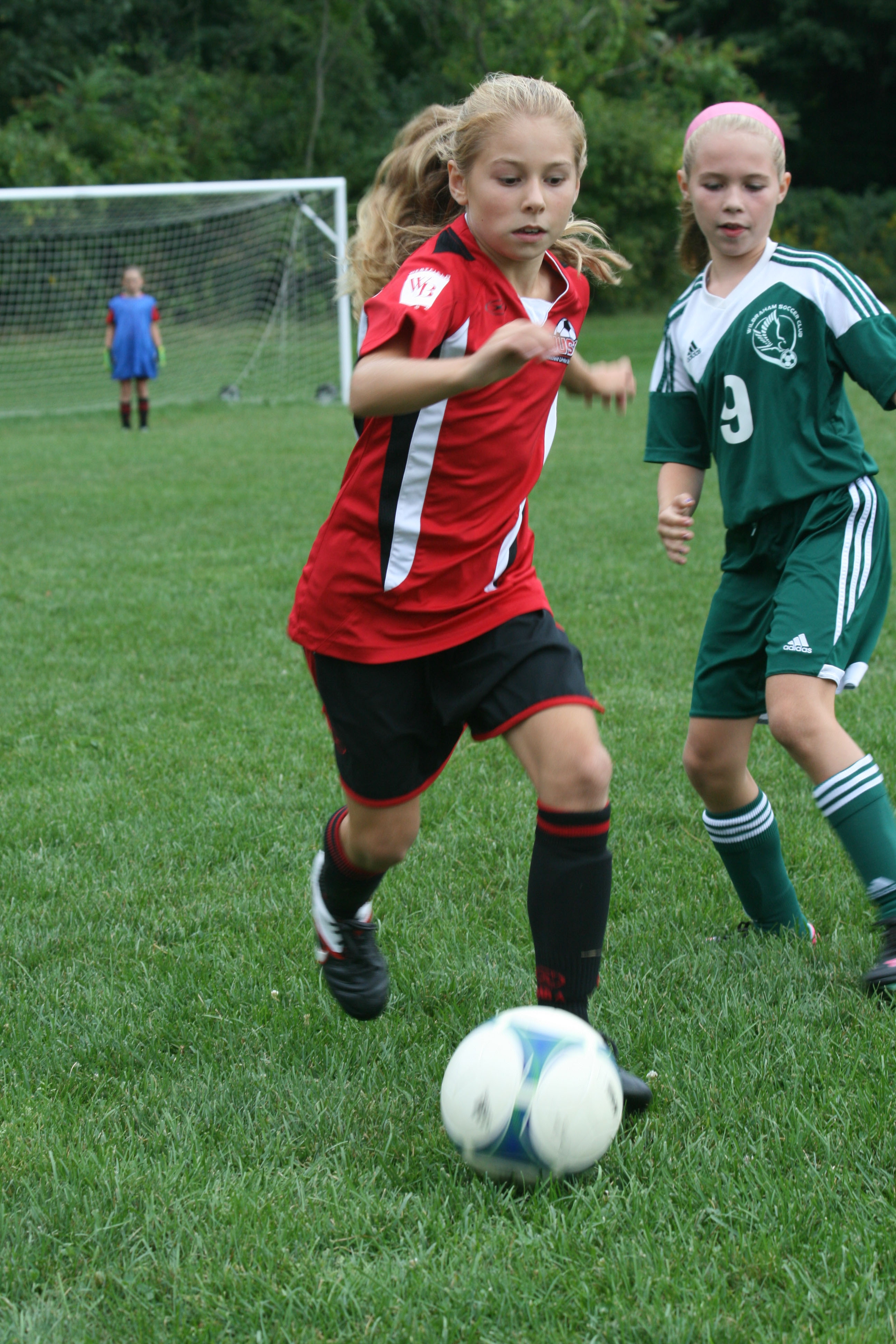 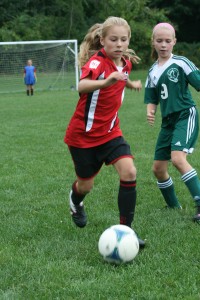 WESTFIELD – The Westfield United Soccer U10 Division 1 Girls have reached the mid-point of the season, following a 3-game, 3-day stretch.
Westfield survived the tough stretch, going 1-1-1. Team United played Wilbraham in back to back games Sept. 13-14, losing the first game and tying the second.
Westfield started off slow in the first half of the first game. Wilbraham scored first, setting the tone. Emma Pedro tied it up five minutes later.
Wilbraham quickly came back, scoring two more goals in the first half. Westfield fought back and began playing at full speed in the second part of the second half. 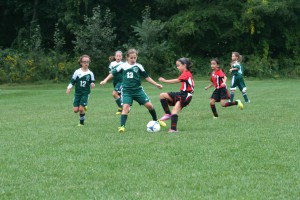 Ava Salvador scored a beautiful one-timer, landing a shot in the upper corner of the goal. Wilbraham displayed its “A” game from the first whistle to the last, handing the Whip City its first loss, 4-2.
The second game was a different story.
Westfield showed up ready and fired up to play what turned out to be a fantastic, edge-of-your-seat thriller.
Wilbraham scored first, mid-way through the first half despite Westfield dominating the first half, generating several scoring chances.
In the second half, Emma Goudreau took a hard foul in the box, drawing a penalty. Annika Jensen placed the PK in the back of the net. 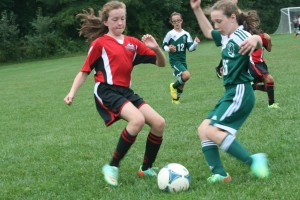 Westfield clearly dominated the entire game. The defense shined brightly, shutting down the opposition in the second half. Sara Moriarty, Abby Dorunda, Alex Cieplinski and Annika Jensen completely controlled the game from their defensive positions, shutting down Wilbraham’s potent offense. United finished with a well-deserved 1-1 tie.
On Monday, United defeated East Longmeadow, 2-1.
East Longmeadow scored first on a free kick in the first half – the only shot allowed on goal.
The game was played in the middle of the field with neither team penetrating the defense throughout. Sara Moriarty, Abby Dorunda, Annika Jensen and Alex Cieplinski were fantastic on defense.
After some lineup maneuvers, Westfield appeared unstoppable late. United scored two goals in the final two minutes of the game.
“What an outstanding finish,” Westfield team manager Mike Salvador said. “The United Girls displayed a never-quit attitude and eventually prevailed with a victory.” – Courtesy of Westfield United Soccer