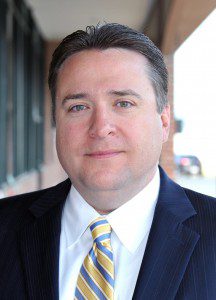 WESTFIELD – The proposed Elm Street development project moved closer to fruition today when the Westfield Redevelopment Authority (WRA) approved the urban renewal plan that will facilitate construction of a new mixed use commercial building with a transportation component and a multistory parking garage.
The WRA heard details of the urban renewal plan at a special session this morning and voted to accept the plan which will now be submitted to the Planning Board and City Council.
WRA Executive Director Jeff Daley, who is also the City Advancement Officer, said the special meeting was called because of the need to begin that review and approval process by the Planning Board and City Council, before it is submitted to the state Department of Housing and Community Development (DHCD) with a goal of having the plan in place by July 1, the beginning of the 2014 fiscal year.
“Today is the day that we’ve all been waiting for and working hard to attain,” Daley said. “The plan, if approved today, will be put before the Planning Board next Tuesday to ensure that it conforms with the master plan for downtown redevelopment. Then it will be submitted to the City Council for their review and approval.”
Community Development Director Peter J. Miller Jr., said the City Council will be requested to schedule a public hearing on the urban renewal plan at the council’s May 16 session.
The plan was prepared by Maureen Hayes, a Springfield based consultant, who identified the renewal plan target area, 4.88 acres on both sides of Elm Street. The target area includes the 2.86 acre site of the proposed multi-use commercial building at the corner of Elm and Arnold streets, the 2,000-square-foot transportation facility on Arnold Street and the parking garage, which could have as many as six levels, on Church Street. The size of the commercial building, which could have space for retail stores, office spaces as well as residential space, will be determined by the private developer selected by the WRA for the project.
“I believe that the WRA was created in 1986 for development of this very site and this urban renewal plan deals with generally the same target area,” Hayes said.
The city has partnered with the Pioneer Valley Transportation Authority which has secured $4.5 million in state and federal transportation grants to acquire the 11 parcels of property which comprise the project site.
Daley said that the federal requirements, in particular for acquisition of property and relocation of the current residents and businesses, is more stringent than state regulations.
“Using federal funds to acquire, clean (environmental mitigation) and demolish buildings means we have to comply with federal acquisition and relocation processes,” Daley said. “The goal is to have this (urban renewal plan acceptance) done by July 1 (the beginning of the FY 2014) so we can start negotiating with property owners.”
Hayes said the city will offer to purchase the property based upon an appraised value of those properties. The WRA does have the ability to assemble the project site through eminent domain.