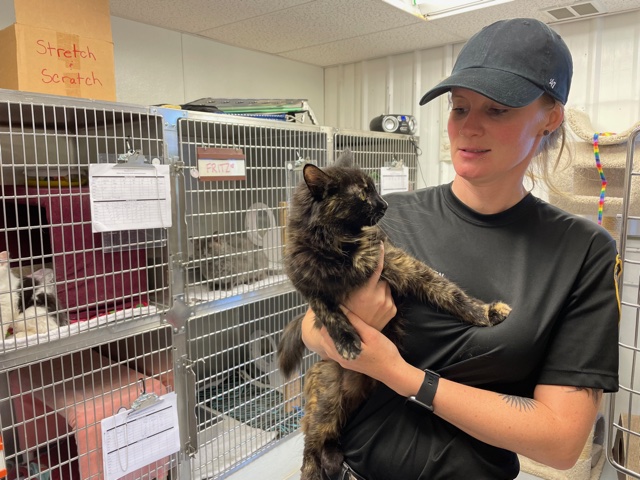 WESTFIELD-While picking up stray animals is part of the day-to-day operations of the animal control officers at the Westfield Animal Shelter, there are also calls coming in of late seeking to surrender animals.

“We have had a lot of people call us to surrender animals,” said Margaret Terkelsen, animal control operations manager.

The animal shelter is located at 178 Apremont Way, adjacent to Westfield-Barnes Regional Airport.

“The calls to surrender animals have been about many small furry animals like rabbits and guinea pigs,” said Terkelsen, adding, “but they have been directed to the Dakin Humane Society in Springfield. 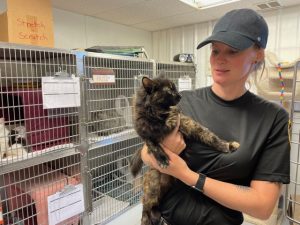 Terkelsen explained that Dakin, a nonprofit organization, “is more equipped to deal with owned animals looking for new families.”

Terkelsen said currently at the animal shelter there are “a lot of animals” available and several stray animals have not been claimed.

“We have a lot of great adult cats and kittens, three rabbits – “Yin,” “Yang,” and “Blizzard,” two guinea pigs named “Starsky” and “Hutch,” and a cockatiel named “Clementine,” she said.

“Trooper,” a 2-year-old pit bull mix, is also at the shelter since the owner cannot be found.

“Trooper will be neutered, vaccinated and microchipped next week and will be available for adoption,” said Terkelsen, adding he loves to play but currently “does not have a lot of manners.” 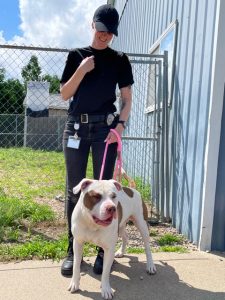 “Trooper is about 70 pounds and needs a lot of direction,” said Terkelsen, noting whoever adopts him should not have children or small animals. “Whoever adopts Trooper will need mandatory training and have to sign up for classes.”

Terkelsen said the recent calls into the animal shelter from individuals and families surrendering animals have been for varied reasons.

“Some people say they don’t have time for them or they may have brought two animals into the home at the same time and they were not meshing well,” said Terkelsen.

During the summer, Terkelsen noted there is an uptick in strays that the animal shelter sees and some of those animals are not claimed.

“As a municipal animal control shelter we get strays so we don’t have a lot of resources to house additional pets being surrendered which is why we refer people to Dakin and other organizations including the Homeless Cat Project and the Rainbow Rescue,” she said. 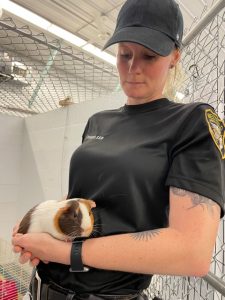 While Terkelsen said the kittens currently in her care usually find homes quickly, the adult cats may take a bit longer to find a forever home and is hopeful there are loving families who will consider adopting them.

“We do not have same day adoptions,” said Terkelsen, noting the adoption process requires completing an application that is reviewed by shelter staff. 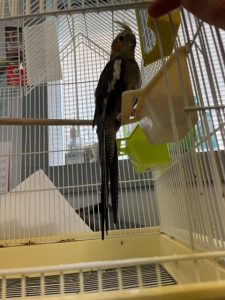 Clementine, a cockatiel, was found recently in the downtown area and is need of a forever home. (LORI SZEPELAK PHOTO)

For more information on the adoption process, call (413) 564-3129 or visit the City of Westfield website.

On a related note, Liz Bennett, Southwick’s animal control officer, said she has not seen an increase in animals being abandoned as of late.

“A couple of animals were recently dumped off in different areas but that is nothing new,” said Bennett.