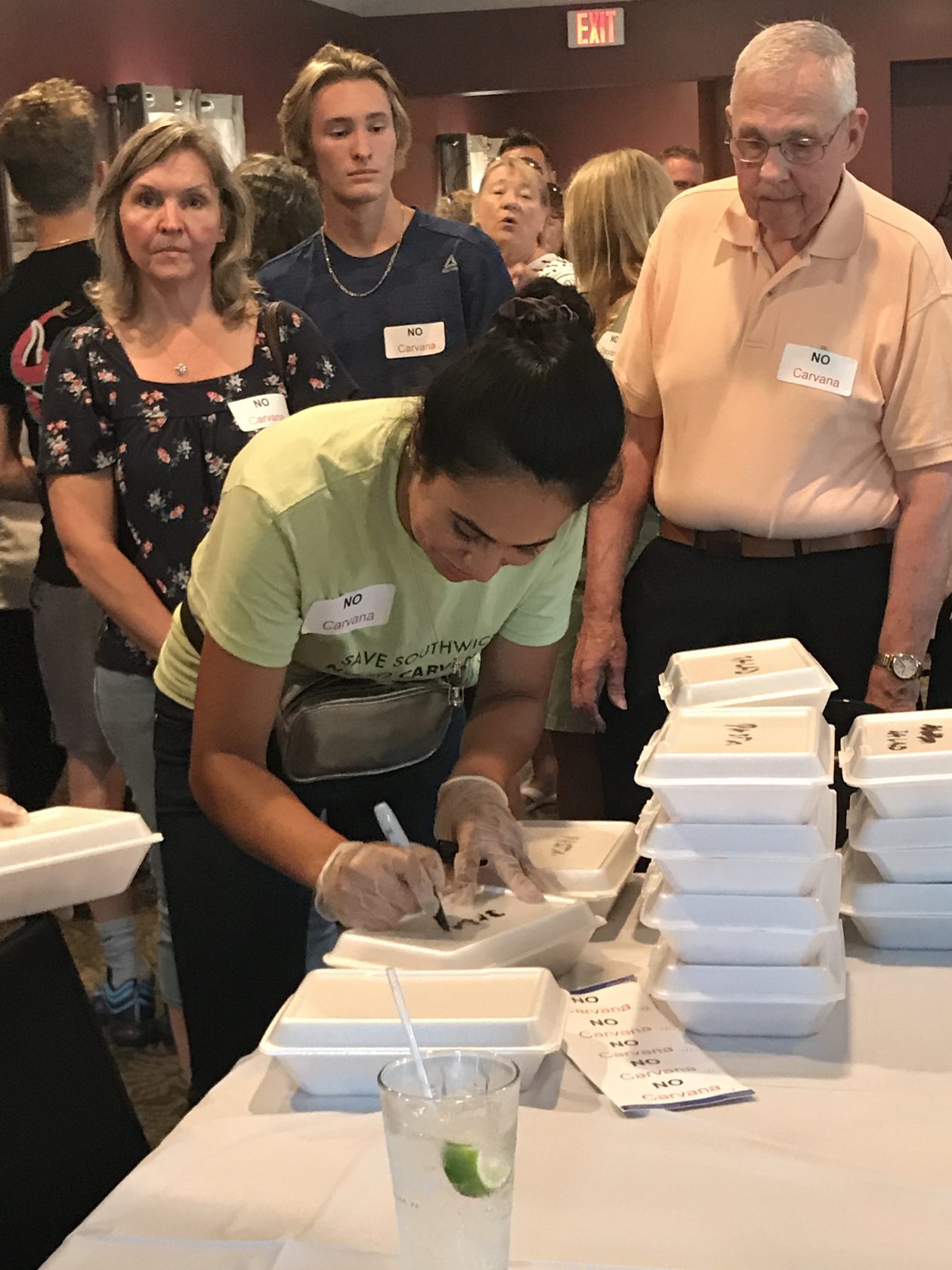 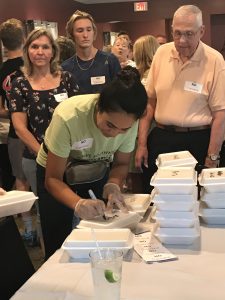 Agricultural Commission member and Save Southwick spokesperson Maryssa Cook-Obregón packages take-out meals for supporters of Save Southwick who wanted to support the fundraiser but could not stay for the whole event. (PHOTO SUBMITTED/ANDREA BUGBEE)

SOUTHWICK- The Save Southwick group raised nearly $7,000 at a pasta dinner fundraiser July 15 at the Southwick Inn for the opposition campaign against the proposed Carvana project at 686 College Highway.

Save Southwick spokesperson Andrea Bugbee said that the group sold out of dinners at 150 meals, and that they raised $6,955 after expenses had been accounted for. One of the major funding needs cited by Save Southwick volunteers has been to retain legal counsel to advise them and speak for them as the opposition to Carvana unfolds.

In addition to dinner tickets, Save Southwick sold “No Carvana” yard signs, t-shirts, and raffle tickets.

The group has retained the counsel of Attorney Tim Ryan, from Egan, Flanagan, and Cohen. Ryan spoke against Carvana at the June 26 rally outside of Town Hall and at the June 29 Planning Board hearing. Bugbee said that Ryan would speak at the July 20 hearing as well. 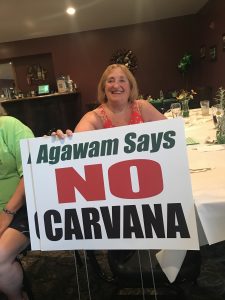 Agawam City Councilor Rosemary Sandlin holds a “No Carvana” sign, similar to the ones seen along the sides of the roads throughout Southwick. Sandlin and Agawam City Councilor Anthony Suffriti introduced a resolution to their full council to oppose the Carvana project, citing traffic impacts that it may have on Agawam. (PHOTO SUBMITTED/ANDREA BUGBEE)

At the July 15 dinner, Agricultural Commission member and vocal opponent of Carvana, Maryssa Cook-Obregón urged the crowd to “tell everybody and their neighbor to be at the Planning Board meeting on July 20.”

At the July 14 Agricultural Commission meeting, Planning Board Chair Michael Doherty said that he does not anticipate that the Planning Board will call a vote on July 20. He said the sheer number of people who are expected to speak during public comment will likely prevent the public hearing from being fully closed by the end of the night. The hearing will be continued to a later date if no vote is made.

After the June 29 hearing overflowed the Town Hall auditorium with residents, the Planning Board decided to have the July 20 hearing at Southwick Regional School’s auditorium in the hopes of being able to accommodate more people in the room. The meeting will be a hybrid of in-person and Zoom attendance.