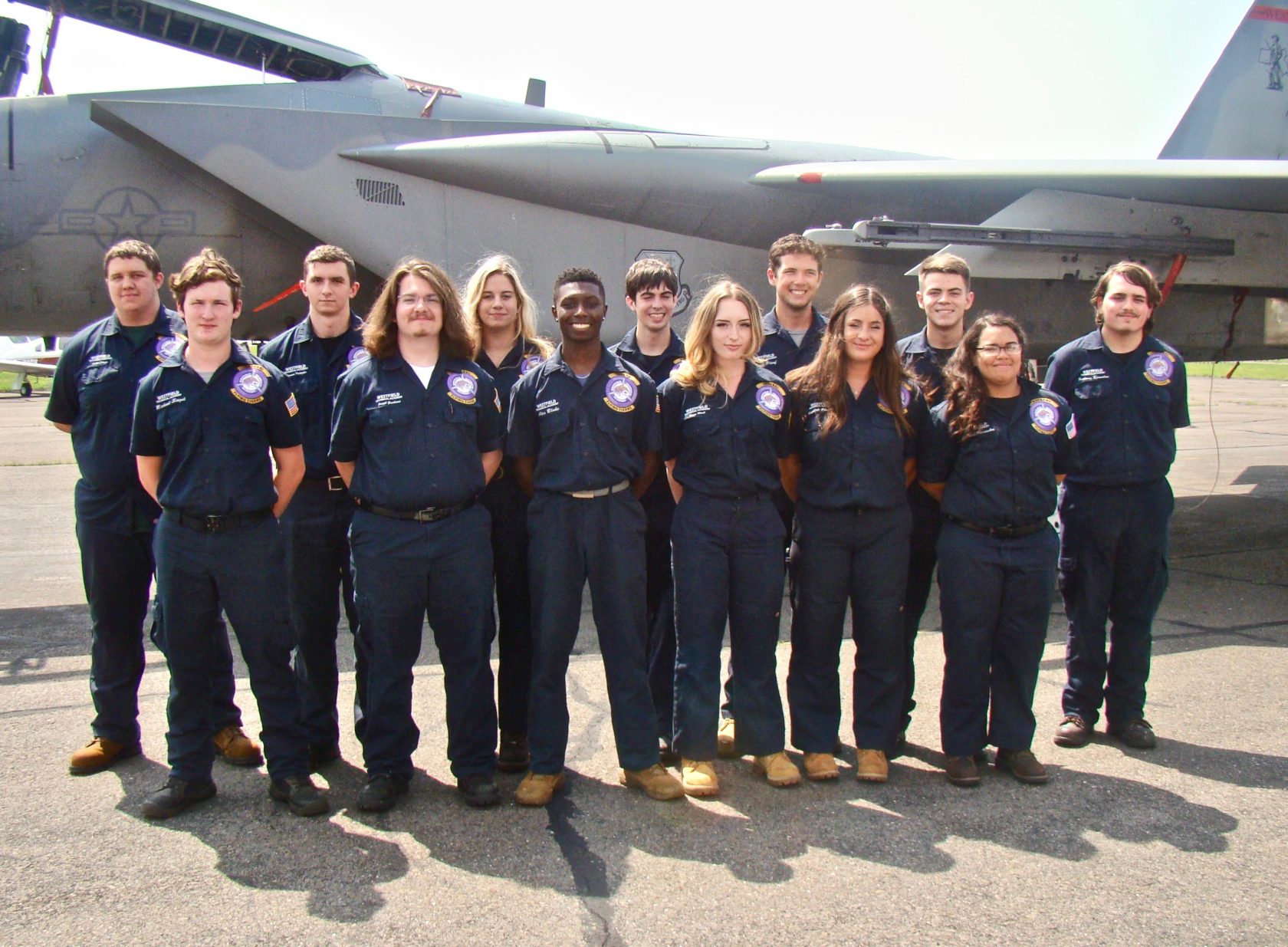 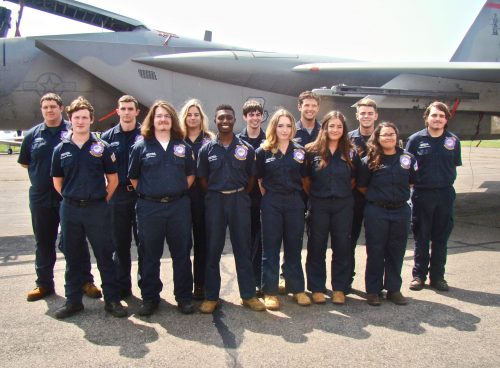 WESTFIELD – Department head Galen Wilson welcomed a crowd of family and friends of the thirteen graduating students from Aviation Technology to Hangar 2 on July 16.

The graduating seniors had officially received their diplomas from Westfield Technical Academy at a ceremony on June 3, but then all returned to complete the remaining requirements and hours for the Federal Aviation Administration (FAA) certified program. 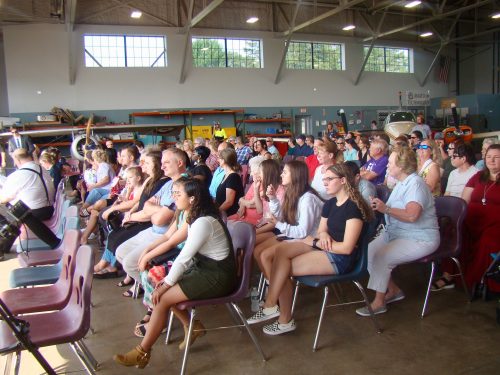 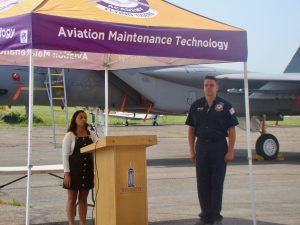 Wilson said through persistence and determination they did it, working six or seven hours a day, five days a week, for an additional six weeks to meet the FAA requirements. “That to me is remarkable,” Wilson said, attributing it to the students’ dedication, loyalty and commitment in a nod to his Air Force training.

WTA Principal Joseph Langone welcomed the officials in attendance and also commended the students for returning to complete the program after graduation, saying that “not one of the students complained.” As a result, all 13 students in the class completed the program. 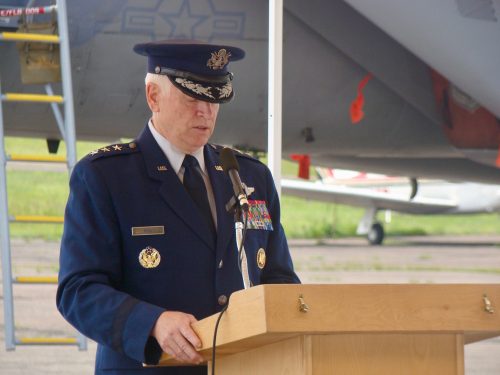 Wilson then introduced U.S. Air Force Lt. Gen. Scott Rice to address the students. Rice said he had been taken aback when asked to speak to the students, especially with Chief Master Sgt. Galen WIlson present. Rice said officers have their roles, but it really is the Chief Master Sergeants who “herd the cats and do all the work.” He also gave a glowing tribute to Wilson and this 30 years of experience in the service and in the National Guard.

To the students, Rice encouraged them to never lose confidence in the value of their word, and to listen and learn the stories of the people they are working with. “The Chief and I feel we have not worked a day since joining the Air Force, because of the stories,” Rice said. 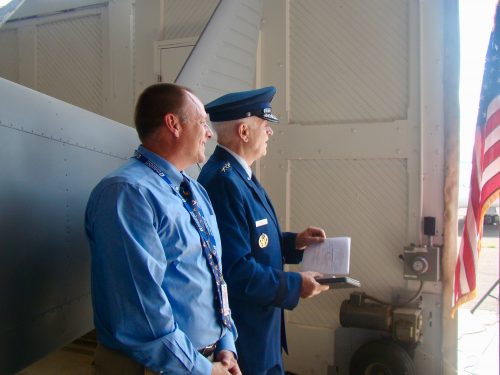 Rice told the students they had already shown leadership for signing up for something bigger than themselves, and left them with the words of the Airmen’s Creed: “I am an American Airman, Wingman, Leader, Warrior. I will never leave an Airman behind. I will never falter, and I will not fail.”

Aviation instructor Scott Hepburn, who has been the lead instructor for the graduating class for three years, then spoke about each student before awarding shop certificates along with Principal Langone. Hepburn said when he and the class first met, they vowed to complete the rigorous course work together, and three years later all thirteen are graduating. 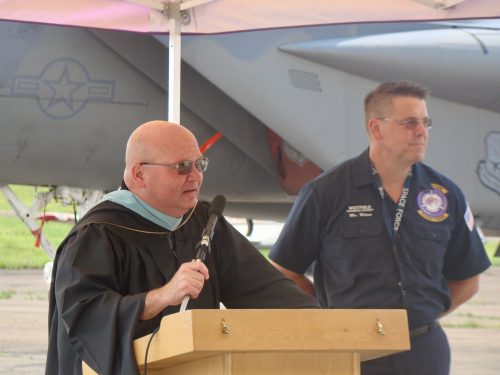 Hepburn said all of the students were eager to learn, and they worked together as a group of thirteen. He said next week nine of the thirteen students are signed up to take the test for the FAA certification, and the others will soon afterwards.

After running down individual characteristics of each of the students as well as their plans for next year, Hepburn said he was going to miss all of them, and was looking forward to seeing them “springboard” off of the knowledge they gained in the program. 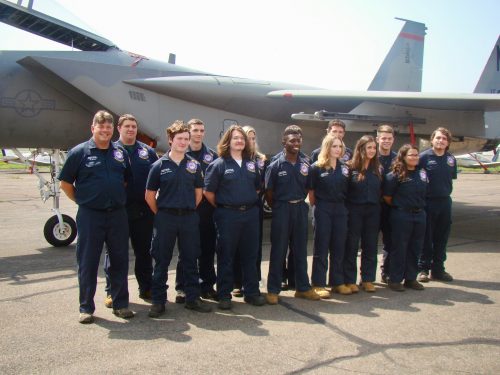 Alanniss Camacho then spoke on behalf of her fellow students before presenting a gift to Hepburn, calling him a “father figure” to all of the students.

Some of the graduates plans include pursuing Power Plant certification in Concord and Hartford, mechanical engineering at Western New England College and UMASS Amherst, and working in maintenance at 104th Fighter Wing, at least one with the goal of becoming a fighter pilot.