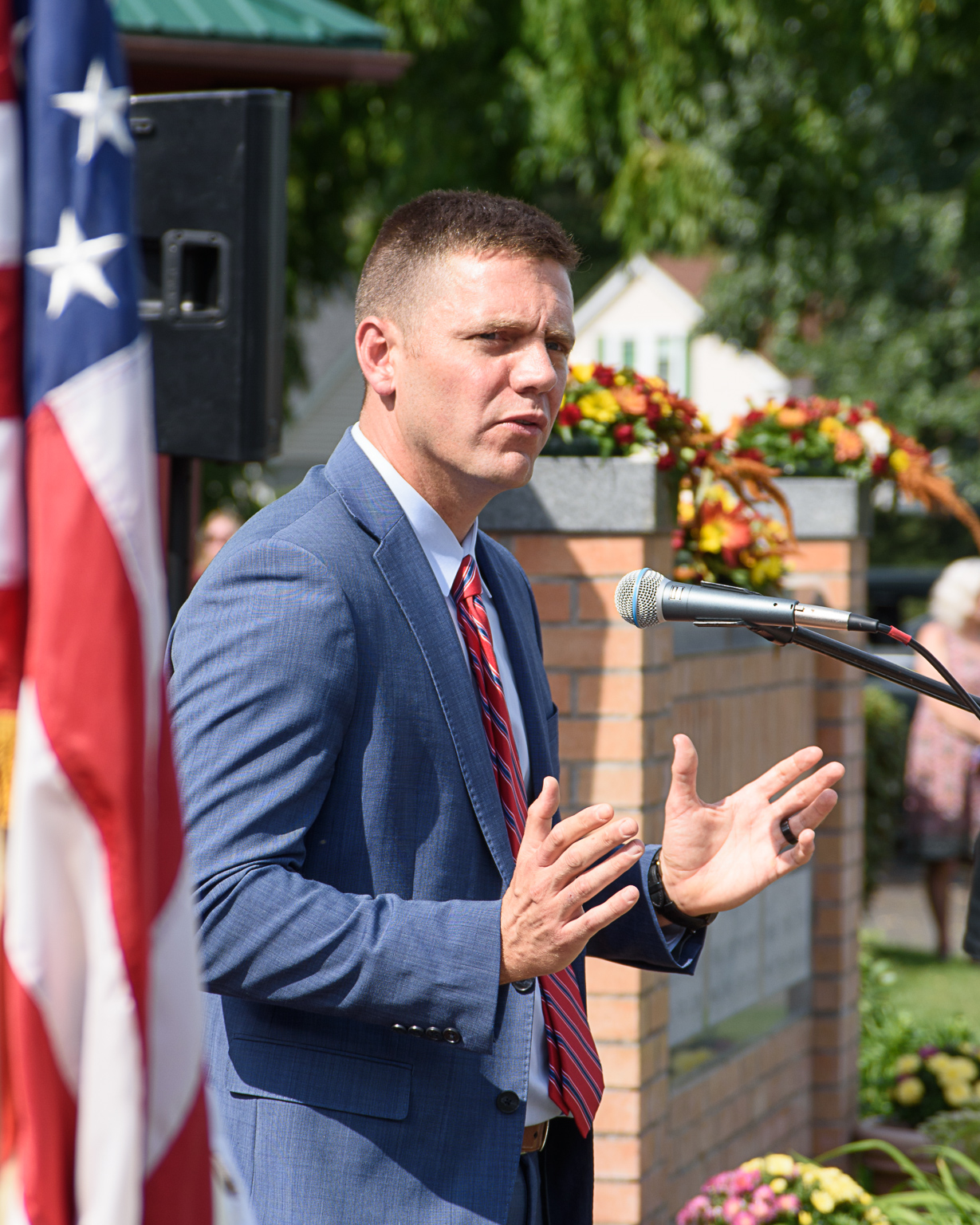 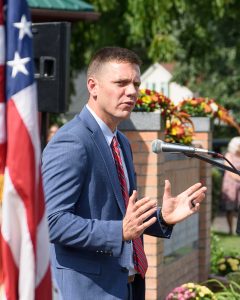 WESTFIELD — As Massachusetts’ legislative leaders debate whether they can return to in-person sessions, House Speaker Ronald Mariano last week blasted an unnamed group of representatives for complicating the decision by refusing to say whether they have received a COVID-19 vaccine.

Both of Westfield’s legislators confirmed last week that they are vaccinated and eager to return to State House sessions.

“I would really like to return to in-person sessions, especially as a freshman representative,” said state Rep. Kelly Pease, R-Westfield, who took office in late 2020, at the height of the pandemic restrictions. “You can’t get to know all the other reps [with remote sessions], and making personal connections are very important. I do understand that there are some of my fellow representatives who are immunocompromised, and with the current spike in cases, having the remote option makes sense.”

Mariano, a Quincy Democrat, told reporters on Sept. 13 that he is “the CEO for 500 people who are going to come into this building” and indicated that he would not feel comfortable asking all legislators and aides to return to in-person work while some representatives, whom he did not name, may not be vaccinated. He said those representatives’ actions would put other members — including at least one who is undergoing treatment for cancer — at greater risk.

“What do you do when someone won’t declare?” Mariano said. “How would you like to sit down and work beside someone and not know whether or not they had COVID or had been exposed to COVID? We’re not going to ask our membership to put their health at risk. My primary goal here is the health and safety for the folks who work here, and I’m not going to ask people to do that until I’m sure I have a process that protects the health and safety of [lawmakers].” 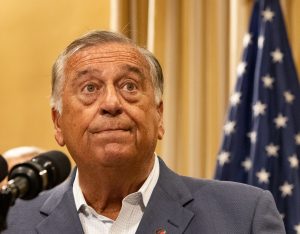 House Speaker Ronald Mariano expressed his frustration with lawmakers who have not disclosed their vaccination status on Sept. 13. (SAM DORAN/STATE HOUSE NEWS SERVICE)

In August, when Republican Gov. Charlie Baker ordered about 42,000 state employees to get fully vaccinated against COVID-19 or secure an exemption, Mariano’s office said a vaccine mandate will feature in the House’s return-to-work policy still being developed by a group of representatives.

Senate President Karen Spilka told all senators and staff on Aug. 24 that they must show proof they are fully vaccinated by Oct. 15.

State Sen. John Velis, D-Westfield, said last week that he and all his staff members are vaccinated. In addition to Westfield, Velis represents Southwick and all or part of nine other communities.

Southwick’s state representative, Republican Nicholas Boldyga, did not respond to an email last week asking about his vaccination status and thoughts on reopening the State House.

Although some lawmakers have resumed using their offices, the State House remains closed to the public and both branches continue to operate in a mostly remote format. Legislative leaders had previously targeted the fall for a possible reopening, without offering details.

Velis said he has traveled to Beacon Hill for committee hearings and debates on topics in which he is particularly interested, such as a bond bill for the Holyoke Soldiers’ Home and other veterans’ affairs. He praised the efficiency of online meetings and said he appreciates being able to spend less time commuting to Boston and more time in his Western Massachusetts district, but still would rather be debating and taking votes in the State House.

“Operating remotely has absolutely presented great challenges for state government,” the senator said. “Being in the building, forming relationships and working closely alongside colleagues to get things done is the best way the Legislature gets things done, and right now we are missing that. Government works better in person, and that is why I am personally hoping to see the Legislature returning in a safe manner sooner rather than later.” 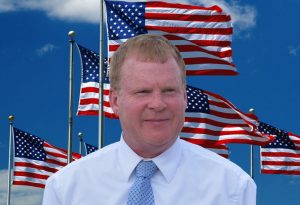 Pease agreed that staying close to his constituents is a benefit, but trying to craft laws without in-person contact with fellow legislators is challenging. He said although he is vaccinated, he does not believe the House of Representatives should need a vaccine mandate to reopen. He said there should be some way to find “options” for those with health concerns.

‘Isn’t that their choice?’

In recent weeks, some lawmakers have signed onto legislation that would effectively prohibit government officials, businesses and other organizations from limiting access to some public and private spaces based on vaccination status.

State Rep. Peter Durant, a Spencer Republican, filed a bill that would ban government buildings, schools and businesses from requiring vaccination against COVID-19 as a condition of entry. Durant said he intends for his bill to apply to private employers as well as public offices.

Durant told the State House News Service that he believes COVID-19 vaccine mandates are a “knee-jerk” reaction, arguing instead that individuals should choose for themselves whether to get the shots. Since filing his bill, he said, he has received “more emails than any bill I have ever filed” in support during his 10 years in office.

Durant said that he is vaccinated against COVID-19. He described himself as “not anti-vaccine.”

Asked about colleagues who may be immunocompromised, Durant replied that those lawmakers should opt to stay home.

“Those folks need to do what they feel is right for them, and that’s the whole point. It’s what you feel protects you,” he said. “If I was immunocompromised or I had a lot of pre-existing conditions, I would say I don’t want to be around people again, but that would be my personal choice. I don’t want to make everybody on the planet cater to me.”

Twelve other representatives cosponsored Durant’s bill, 10 Republicans and two Democrats. None of them is from Western Massachusetts.

After the speaker voiced his concerns during a Sept. 13 press conference, Mariano’s office provided the State House News Service with a statement from state Rep. Ann-Margaret Ferrante, who is battling pancreatic cancer.

“I am deeply disappointed in my colleagues who put political showmanship ahead of the lives of those of us who are managing life-threatening conditions and the important business of the House during the pandemic,” Ferrante, a Gloucester Democrat, said.

Massachusetts has one of the highest vaccination rates in the nation, with more than 76 percent of the eligible 12-and-older population fully vaccinated, according to Centers for Disease Control data.