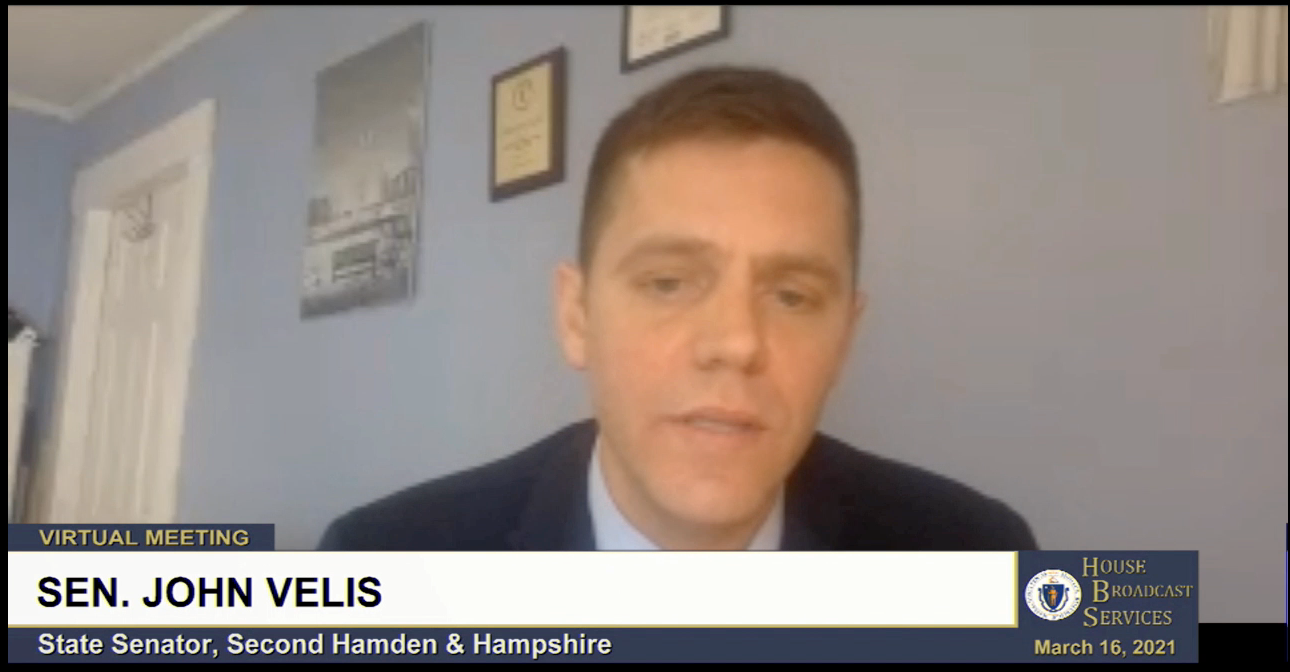 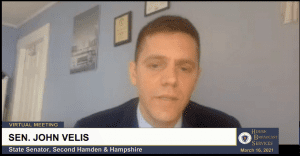 BOSTON – On Tuesday the Joint Committee on State Administration and Regulatory Oversight held a hearing to discuss H.64, An Act financing reconstruction of the Soldiers’ Home in Holyoke. This bill provides $400 million in capital authorization to rebuild the Holyoke Soldiers’ Home, a project that state Sen. John Velis (D-Westfield) called “critical.”

“For too long the facility has been overlooked and left underfunded. After decades of inattention, the Home has surpassed the ability to be renovated and must be rebuilt,” said Velis, who represents the Holyoke Soldiers’ Home and is a veteran. “Those who serve put their lives on the line for the rest of us back home. They have taken care of us and now we must take care of them.”

The project proposal contains 223-234 beds and includes, primarily private rooms, with communal areas for visitation, meals and other services. This layout follows the Patient-Centered Care and Small-Home care models recommended in reports from MIT and UMass that were commissioned by the state.

“I think the PCC, the Patient-Centered Care, is the way going forward. That is what we are talking about here and that is what this building will be. This is the only way that we can take care of what is going to be our next generation and current generation of Veterans,” said Velis during his testimony.

Velis noted that the next generation of veterans will face different challenges than those at the Home today.

“Less than one half of one percent our Country’s population serves today, and this future Home is going to serve generations that have been an all-volunteer force with multiple combat deployments,” said Velis, who is the chair of the Joint Committee on Veterans and Federal Affairs. “We are going to have more veterans returning with complex medical, social, and psychological challenges than ever before.”

The state is currently working to meet an Aug. 1 deadline for the federal Veterans Administration’s State Veterans Home Construction Grant Program. If approved, the Commonwealth would receive reimbursement for 65% of the $400 million.

Several officials who testified, including National Guard Adjutant General Gary Keefe and Department of Veteran’s Services Secretary Cheryl Poppe, noted that there is significant federal support for the project.

In order to meet the grant application deadline, the State’s Division of Capital Asset Management and Maintenance (DCAMM) must complete its design of the project, a process that is initiated once the bond bill is enacted.

“Every day this bill is not passed, is another day that DCAMM cannot work on the design,” said Velis. “It is imperative that this bills is passed by April 1 to ensure that DCAMM has enough time for the design development stage.”

Several individuals who testified noted that this project has been a long time coming.