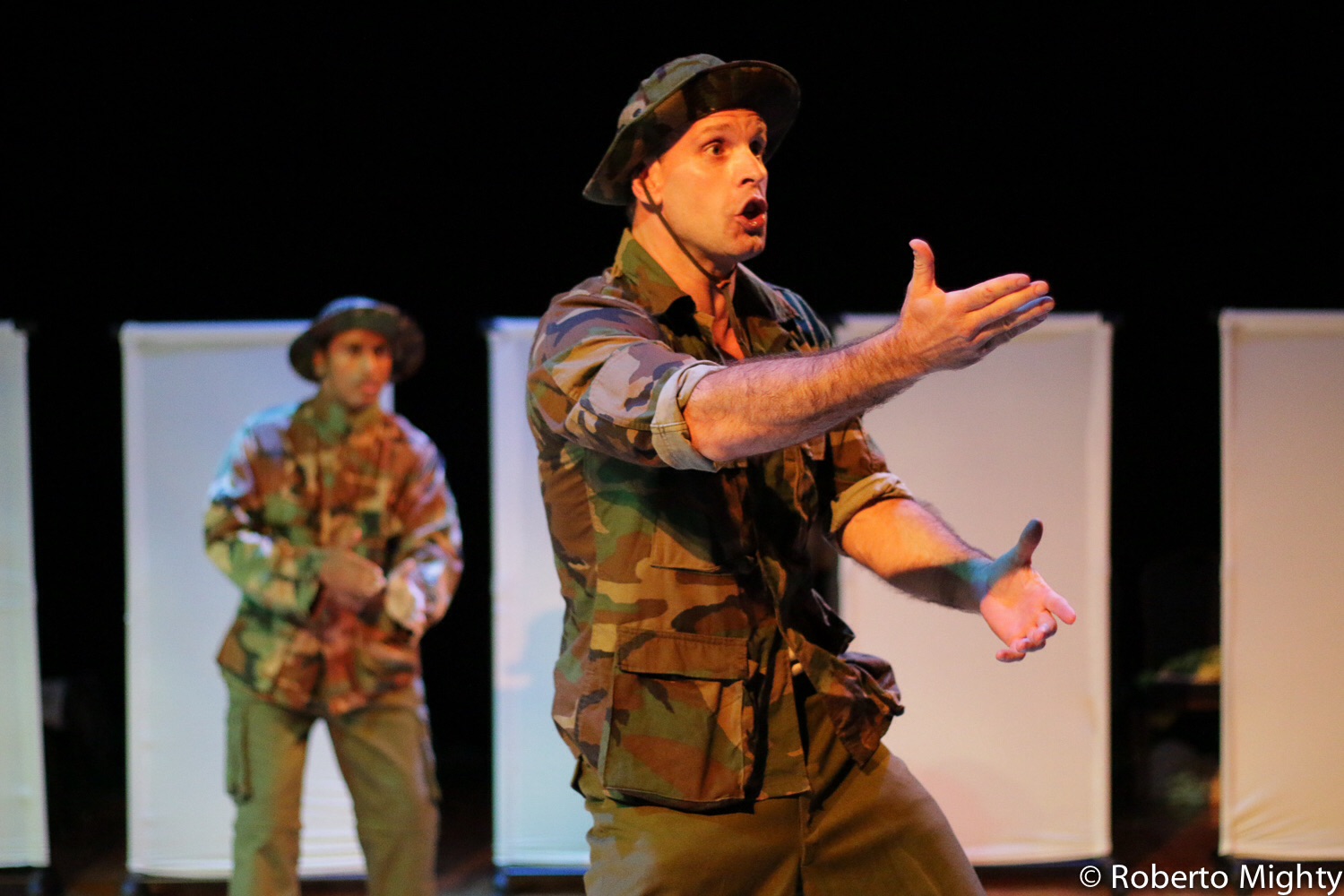 WESTFIELD – As part of its guest lecture series, Westfield State University will host a one-night performance of “The Draft,” a new play about personal experiences with the Vietnam War draft, on Thursday, September 24 at 7:30 p.m. at Dever Stage in Parenzo Hall. Admission is free for students and a donation of $10 at the door is suggested for all others.
Written by award-winning Boston playwright Peter Snoad, “The Draft” gives voice to the compelling real-life stories of 10 young people (eight of them current residents of the Pioneer Valley) who responded to the draft in different ways. Some fought in the jungles and rice paddies of Vietnam, resisted the draft and served jail time, or chose self-exile in Canada. Others won conscientious objector status and organized for civil rights and against the war, beat the draft and counseled other draftees on their options, counseled traumatized vets, protested with thousands of others on college campuses, or treated the maimed and dying in a military field hospital.
Snoad is the recipient of two national new play awards, the Stanley Drama Award and the Arthur W. Stone New Play Award, as well as fellowships from the Massachusetts Cultural Council and the Virginia Center for the Creative Arts. His work has been produced throughout the U.S., and in Canada, the U.K., Australia, and Singapore.
The first full staging of The Draft is timely: 2015 marks the 50 anniversary of the start of the U.S. ground war in Vietnam, and the 40th anniversary of the end of the war.
“I think the stories in the play speak to the intense personal and collective struggles of a generation of young people,” said Snoad. “They challenge us to consider the enduring impacts of war and militarism today.”
One of the stories featured in the play is that of Westfield State Professor Tom Gardner. Last year, Gardner taught a seminar on the Vietnam War era and his students read and discussed “The Draft” in class. In 2012, Gardner took a group of students to Vietnam to examine the effects of Agent Orange, the toxic defoliant that U.S. forces sprayed over the countryside during the war. The experience of that visit is incorporated into the play.
Gardner said the play will appeal to students and adults alike.
“Whether they were part of the Vietnam-era generation or are current college students, or any age in between, they will feel the intensity, the confusion, the anger, and some of the joys of the time,” Gardner said. “I can’t imagine a better teaching tool.”
Twelve young actors play more than 70 characters in the play. “The Draft” is a multi-media piece in which personal testimony is interwoven with music, archival photos, video clips, and poetry. Much of the source material for the play is drawn from the book “Called to Serve: Stories of Men and Women Confronting the Vietnam War Draft,” by Tom Weiner.
There will be a question and answer session after the play with Peter Snoad, Tom Gardner, and Tom Weiner.
A portion of the proceeds will be donated to the Veterans Education Project and to the Traprock Peace Center’s Peace Villages Scholarship Fund Project for Vietnamese victims of Agent Orange.
The event is sponsored by The Westfield State University Honors Program and the Westfield State University Departments of Communication, Political Science, Theatre Arts, and History. The Guest Lecture Series is supported by funding from the Academic Affairs budget to enhance student learning and service to the larger community. An advisory committee with representation by the faculty and librarians, staff, and students review proposals and recommend selection of proposals for the year. For more information on upcoming speakers in the Guest Lecture Series, please visit http://www.westfield.ma.edu/guest-lecture-series.