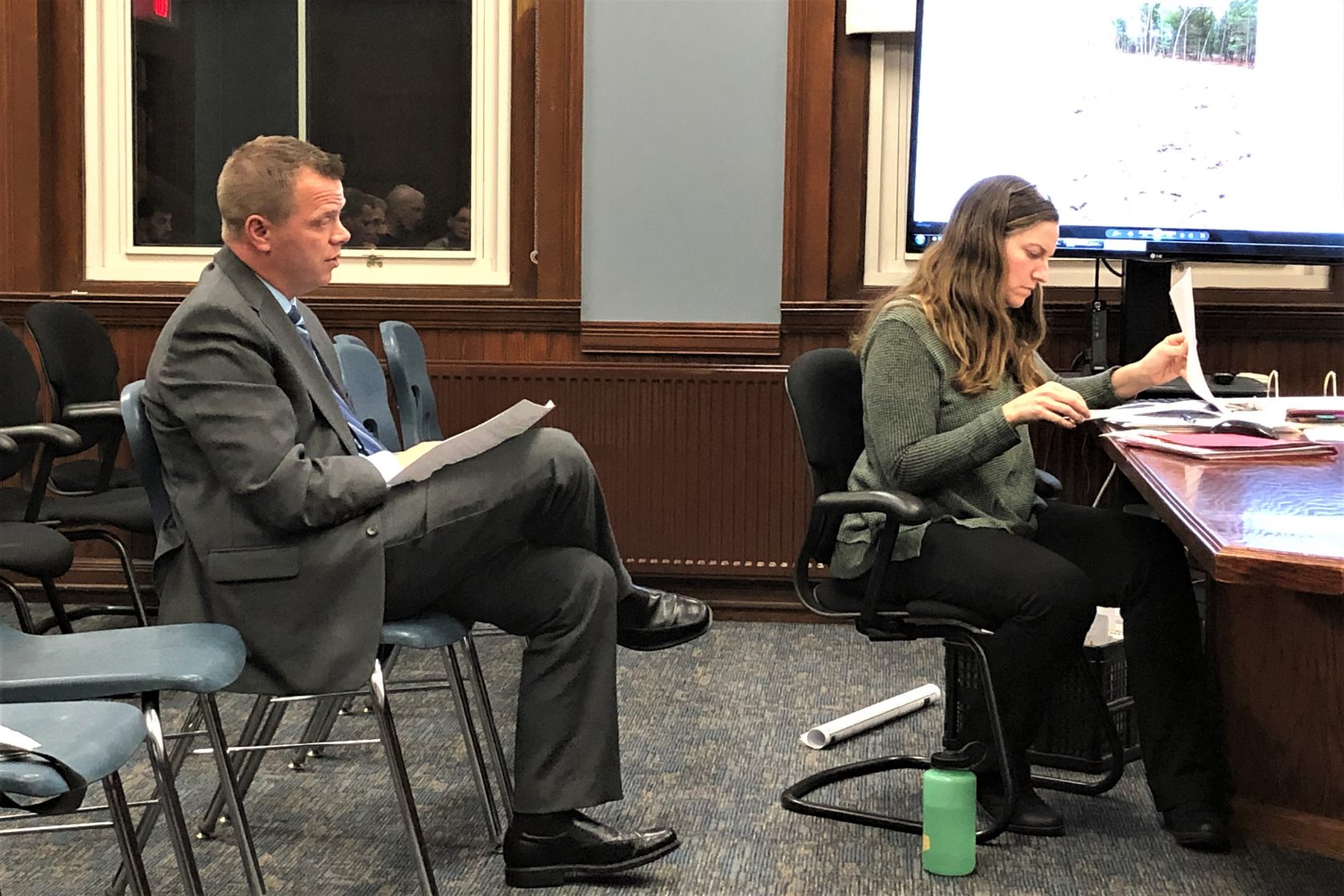 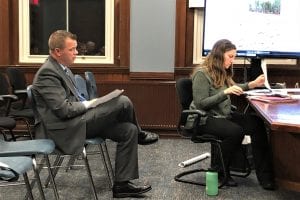 WESTFIELD – The Conservation Commission detailed its enforcement order for wetland violations at 0 East Mountain Road at its meeting on Nov. 12 following a site visit made on Oct. 30 by commission members, as well as representatives of the city’s fire, police, stormwater department, building inspector and the Massachusetts Department of Fish and Wildlife.
Also present at the meeting was the property owners’  attorney, Daniel M. McKellick of Bacon Wilson, P.C., and neighboring residents. The property is owned by Mark and Chris Dupuis, who began clearing the property to create a hemp farm.
Conservation Coordinator Meredith Borenstein, a professional wetlands scientist, wrote the comprehensive enforcement order for commission members to ratify at the meeting. She said it contained a lot of citations. She said she worked with MassWildlife to ensure that they didn’t contradict the state’s cease and desist order, which was issued last month.
Violations found included clearing and disturbance of a wetlands buffer zone within 200 feet, an unpermitted corrugated culvert at a crossing on Barry Brook, which is a perennial stream and cold water fishery; clearing of a forested wetland in the proposed hemp field, and concrete sacks and poured concrete in wetlands, among other violations.
Borenstein said border and vegetative wetlands intersect with the cleared area, which she said was an estimated 10 acres according to the surveyor on site at the visit. She also said the commission has not yet had access to the upland portion of the property.
Borenstein said to the commission’s knowledge, all work has stopped on the property in compliance with the cease and desist orders filed. McKellick said only survey work is being done, and all of the cease and desist bodies have been notified.
The Dupuis’ have also engaged a wetlands scientist to delineate and flag the wetlands on the property.
Borenstein said they are not asking for a Notice of Intent at this time, because the commission would not have permitted such a large clearing.
The enforcement order requires erosion controls by Nov. 19, with a delineation plan of wetland areas and square feet of disturbance. Borenstein said they are asking for immediate removal of the concrete sacks.
“I want a monitor to watch them,” Borenstein said, to ensure the concrete sacks are removed in the least impactful way. She also said they need to have a consultant monitor the site during the winter.
Site stabilization needs to include hydro-seeding, straw wattles and blown straw. Borenstein said there are wetlands below the disturbed area. “I want to protect those wetlands,” she said.
The restoration plan is due by Dec. 10, and a professional engineering plan for a stream crossing by Dec. 31. The restoration plan must be fully implemented by May 31, including the approved stream crossing and plantings in the wetlands areas.
McKellick said the stream crossing is at a pre-existing jeep road, which he said the state also acknowledged during the site visit. He said the owners may need to use it to access the eastern part of the parcel to fulfill other orders by the state. Borenstein and commission members said there would be no crossing at Barry Brook until a Notice of Intent is filed; until then the land may be accessed by foot. She said the riverfront must be restored as well.
Borenstein said going forward anything the commission approves must go through MassWildlife. “This whole area is mapped as endangered species,” she said.
Thomas E. Sharp said the commission has the authority to hire its own environmental consultant, at the owner’s expense. “This project got off to a pretty rotten start,” he said.
The enforcement order also requires an as-built plan post construction and three years of monitoring. Borenstein said the wildlife will have to be addressed in a wildlife plan.
“We have the authority over restoration for wildlife,” she said, adding that would be in conjunction with MassWildlife. 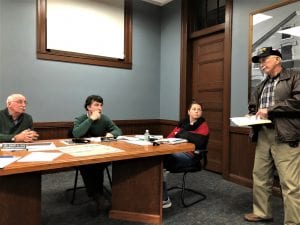 Chairman David A. Doe allowed some comments from residents, although not required during enforcement discussion. He said the Conservation Commission’s jurisdiction is the wetlands, 100 feet on either side; and 200 feet from Barry Brook. Other departments and the state would have jurisdiction over other infractions, including an unpermitted road, clearing of more than one acre and building structure; and disturbance of endangered species habitat.
Asked what if the owners don’t comply, several commission members responded that they would go to Superior Court.
Walter Mayko of Susan Drive said for two years he had been putting up with active shooting on the property day and night. He speculated that the lead contamination from the firearms would spread to the whole area and get into Barry Brook, which is a federally controlled waterway.
Mayko, who also raised his concerns during public participation at a City Council meeting, said he thought they should get the federal government and Environmental Protection Agency involved.
Ward 6 Councilor William Onyski, who also attended the meeting, asked whether the commission would be looking to hire its own environmental consultant.
“Not yet,” Doe said.
Borenstein said the commission has the right to hire if they aren’t satisfied with the consultant hired by the landowners, and ask for a peer reviewer. “If we’re not getting information, or don’t think it’s satisfactory,” she said.
Sharp said the commission is now on the right track, thanks to the residents for bringing it to their attention.