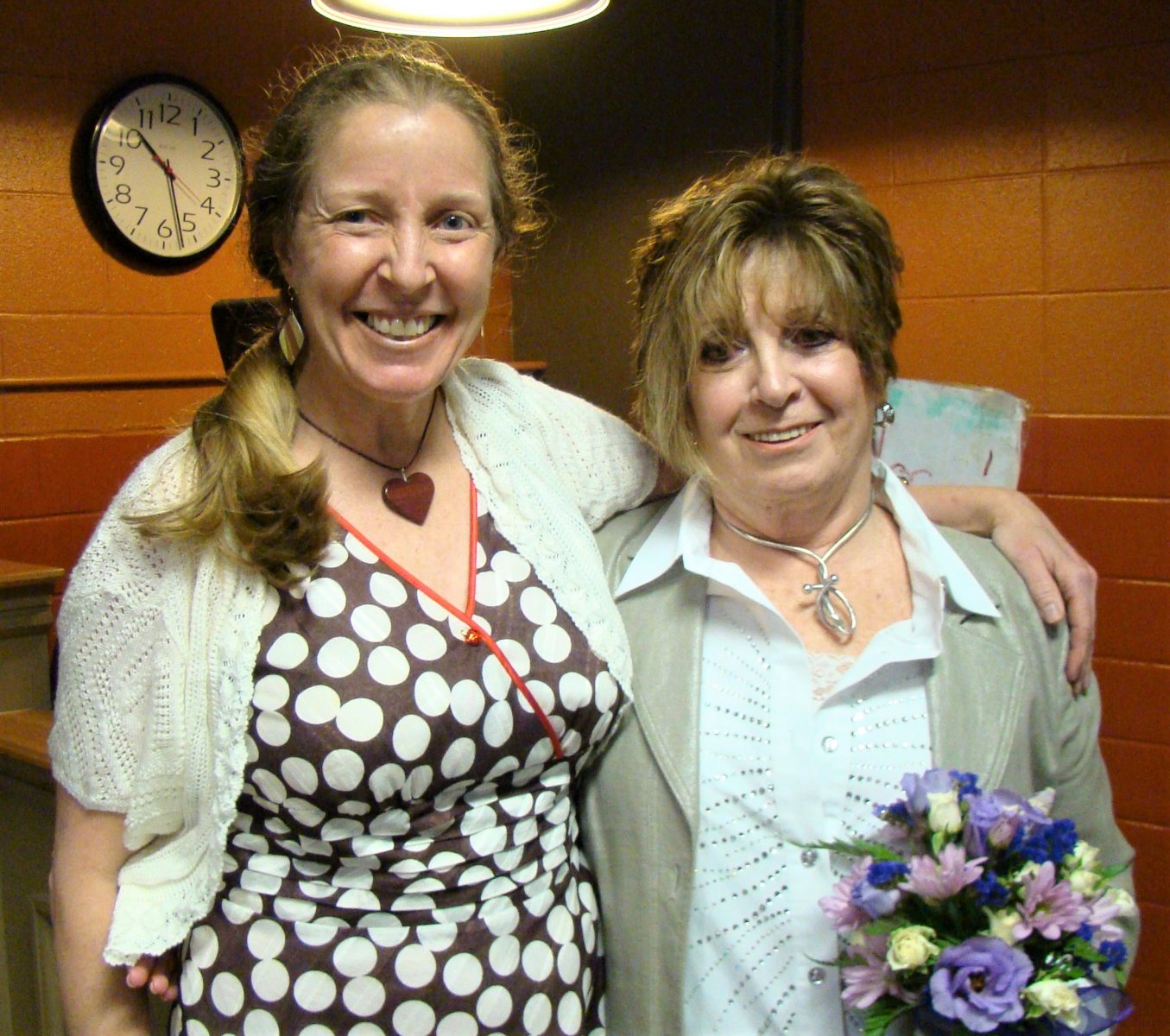 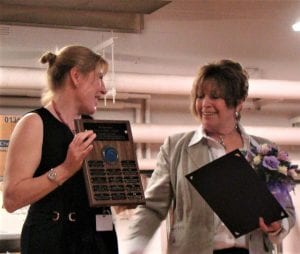 Iserman said that Sunderland has volunteered in her classroom three mornings a week for eight years, following her from Juniper Park, to Russell Elementary, and finally to Franklin Avenue.

“She’s been my rock through the school transitions,” she said.

Iserman said Sunderland “reads children like a book,” and her compassionate approach to any situation is through listening and loving them. She said last week during a school evacuation, one of the children became frightened and broke into tears. Sunderland squatted down to eye level with the boy, gave him a hug and held him close as he walked out the building.

“By the time he got outside, he felt relief and was smiling,” she said about the student. 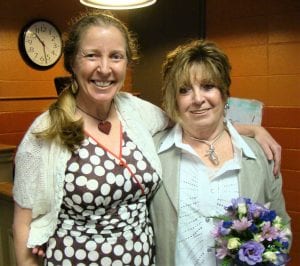 Iserman said Sunderland constantly donates items to the classrooms, her most recent being 50 carpet tiles for students to have their own squares to sit on. She said her reliability is unsurpassed, even coming in on non-scheduled days when needed.

“I am very thankful that I have had the opportunity to receive all this help, and I cannot imagine eight years without her,” Iserman said.

Sunderland, who was surprised by the award, said she loves the children. She said living alone, being retired and widowed, the children have become her second life.

“It’s interesting to see their growth from September to June,” Sunderland said, adding that Iserman is a dream to work with. 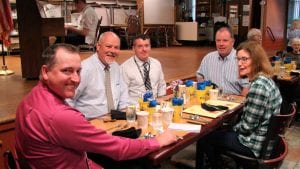 Earlier in the program, the volunteers were welcomed by Mayor Brian P. Sullivan, who said the VIPS volunteers gave over $224,000 in volunteer hours this year, calculated by minimum wage. He also talked about the Senior Center volunteers, who he had honored the day before, and all of the volunteers who made the Westfield 350 activities a success.

“We couldn’t run the city without the volunteers,” Sullivan said, adding, “Thank you on behalf of the city.”

The volunteers were then treated to a full spread of eggs, potatoes, bacon, sausage, pancakes, fish, ham and fruit salad, prepared by Chef Phil Mucciarone and his culinary arts students at Westfield Technical Academy, while Franklin Nichols, Macy’s nephew and a student at the Berkshire Hills Music Academy, entertained on piano. 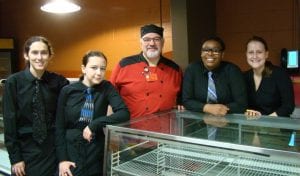 Also speaking at the breakfast was Human Services Director Paula Ceglowski, who called all of the volunteers “unsung heroes.” Ceglowski said she was happy to have the opportunity to thank them, as her contact with them is usually through paperwork.
“You make the difference that sometimes our employees can’t,” Ceglowski said, thanking them for all of their hours this year, and encouraging them to get their friends involved in volunteering.